We caught up Jennifer Christie, Bolt’s new CPO, ahead of her session at UNLEASH America in Las Vegas at the end of May.

It has now made the three-day weekend permanent.

CPO Jennifer Christie discusses the model, and how Bolt wants to help other companies also be great places to work.

The four-day week is gathering momentum across Europe. For instance, the UK is currently hosting a four-day week trial with more than 60 employers and 3,000 workers, while Iceland did a nationwide study for four years and has now implemented this full-time.

But the US is lagging a little behind.

Hence why US-headquartered online checkout company Bolt made waves last year when it announced it was trialing a shorter working week for three months.

Jennifer Christie, the company’s newly appointed chief people officer (CPO), explains that the idea came after founder and CEO at the time Ryan Breslow “read an article about the four-day workweek, and a lightbulb went off for him”.

He realized this might be a way to address two problems Bolt employees were facing – productivity and burnout.

Bolt had been looking at “how we could continue to make our people as productive as they wanted to be”.

Success for Bolt only comes if “everybody can be successful in their individual roles” by having “the work environment that makes them productive as they want to be”.

Christie notes that during COVID-19, “all companies across industries experienced challenges with productivity”.

This plays into burnout and ensuring that employees know “that it’s okay to take time off” and that “we really do want them to focus on recharging and their wellbeing, in addition, to do doing great things for the company”.

Other approaches hadn’t worked; Christie explains that Bolt had tried to give employees additional time off, “but it wasn’t really getting into the fabric of how we operated”.

Instead, Breslow wanted to experiment with the four-day week. Christie notes: “This is going to force us to do the most important and impactful things in those four days, and then take time off to recharge and do things that inspire and energize us”.

For Christie, the move shows “Bolt really demonstrates with actions, not just words, that it is committed to the wellness and success of its employees”.

Christie explains that Bolt’s trial of the four-day week was everyone taking Fridays off. This means that every week Bolt employees have a three-day weekend.

“We wanted it to feel like a day of the weekend” so people properly use it to reset and recharge to drive those productivity gains. “If people come to treat it like part of the weekend, they will feel the same liberty (without the guilt) that they experience on a Saturday or a Sunday”, adds Christie.

Christie recognizes that the four-day week does present some challenges for client-facing teams; “they found that they weren’t able to take off every Friday [because] they had commitments to serve our customers that overrode the four-day workweek”.

But to find a balance between client needs and ensuring client-facing teams could take advantage of the benefits of the four-day week, Bolt allowed them to “shift their schedules” and encouraged them to cover for each other.

After the three-month trial, Bolt decided in January 2022 to permanently implement a four-day week. This was linked to “overwhelmingly positive” feedback to the pilot.

94% of employees told Bolt they wanted to extend the four-day week; 91% of managers agreed and noted it was not preventing them from managing their teams effectively.

Further to this, 84% of employees said work-life balance has improved because of the four-day week.

Bolt is clear that the four-day week is not about doing five days’ worth of work in four days. Instead, it is about rethinking how employees work – aka moving away from inputs and towards outcomes and asking: ‘Does this really need to be a meeting?’.

In addition, 85% of managers said their teams had been able to hit targets and deliver results.

Christie is hopeful that Bolt’s four-day workweek model will encourage others in the sector to follow suit. If other organizations see their competitors taking the plunge, not just talking about implementing it, then it shows that it can work. 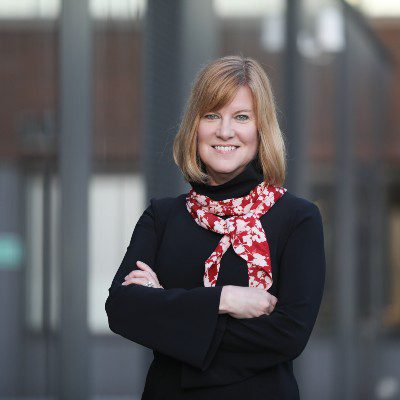 Bolt’s move will mean other companies will think that “instead of sitting around thinking of all the ways this couldn’t work, maybe we should focus on the ways that it could”.

Christie adds that she has had CEOs, CPOs, and CHROs reach out and ask about the model. They want to know how it works, how it was implemented, and what their next moves should be.

There is also the possibility that employees elsewhere will see what Bolt is doing; this will push them to “raise their hands” and say: “Why can’t we try it?”, according to Christie.

With the ‘Great Resignation’, the power to seek change and explore new working models is in the hands of the employees.

Bolt and the ‘Great Resignation’

On the topic of the war for talent, Christie comments that the four-day week has definitely helped Bolt attract talent. Job applications have gone up 200% compared to last year when Bolt had not yet permanently given employees Fridays off.

“Our attrition is in a healthy place. We definitely haven’t seen the ‘Great Resignation; at this point”, adds Christie. This is not just because of the four-day week, but generally linked with Bolt’s people-focused culture.

Inclusion, flexibility, and personalization are key to Bolt’s culture. “If you have one way that you work, one set of benefits, if you’re not offering flexibility, then you’re really going to narrow the playing field of who is going to want to work for you”, explains Christie.

This is why although employees have the same flexible working options or healthcare plans, Bolt also has a broad menu of benefits that can be personalized to an employee’s specific needs. Those could be caregiving responsibilities, wanting to pay off student loans, or saving for retirement.

In the same way that companies should rethink the need to work five days a week, maybe it is time that organizations move away from their focus on retention.

Traditionally, the view has been once we bring people in, we want to “make sure they never leave”. “It is almost like if someone leaves, it is a mark against us a company”, explains Christie.

But Bolt is happy to have open conversations with employees about their long-term careers, both within and outside Bolt.

“Bolt is a destination people want to have on their resume because it shows you worked for a great company”, according to Christie.

While some will continue to grow their careers at the checkout company, others will “go somewhere else and carry that Bolt way of managing and collaboration” with them.

This plays into Bolt’s desire to a leader, not just around the four-day week, but more generally as a great place to work in the tech industry and beyond.

“We want to encourage and support other companies across all industries to commit to building great cultures” and commit “to putting the employee first”.

To do this, Bolt – and particularly Breslow – has started Conscious.org to bring together founders and leaders who want to create better company cultures that are fit for the future.

Want to find out more about the four-day week and the world of work at Bolt? Jennifer Christie is speaking at UNLEASH America in Las Vegas (25-26 May). See you there.