Nash Squared’s Dave Savage: Remote work is only going to get better

Nash Squared’s Group Tech Evangelist gives us his predictions for the good and the bad of 2022 and beyond. Recorded live at the UNLEASH stand in Vegas.

What could the metaverse, no-code environments and next gen AI do for your work and workforce?

Discover all in this video from our Las Vegas 2022 event.

Let’s rewind to May when Jon Kennard talked to Dave Savage about no-code, the good and bad of AI, and the metaverse (with a big and small ‘M’). This was filmed at UNLEASH America 2022, in fabulous Las Vegas.

We join the conversation as Jon gets Dave to make his positive HR predictions for the next few years. Watch the video or read an excerpt of the transcript beneath, which has been edited for clarity.

Jon Kennard: So first of all, give us three trends you think, in the technology world are going to go well, what we’re going to see more of, what do we think is going to happen in the next 18 months or so.

Dave Savage: So I’m going to cheat slightly. Because I kind of have to take two at a time, because I think if we’re gonna go positive, we could talk about the metaverse with a small ‘m’.

But the negative side of it would be Metaverse with a large M, we could talk about the positives of AI and a lot of people were talking about data, and how the potential, the opportunities involved are there around skills and making sure that the employee experiences better. But equally this morning, I sat through a talk from Serena Huang from PayPal talking about the potential pitfalls around data.

So we might have to break those two down. I can talk a little bit about no-code, I think in terms of a positive no-code, something here that that is very much positive, if we look at the way that digital technology has really accelerated throughout the course of the pandemic. No-code offers people an opportunity to build in a way that slightly sidesteps the fact that there’s a real demand and shortage of talent.

If you look at the talent market in the US, there are about to be a million jobs this year in software development left unfulfilled – the demand for engineers is huge.

So, having no-code and being able to cater for a T-shaped professional, someone with a range of skills, who can plug and play and drop in to build products and services really does cater for that market, I think in a way that is in keeping with the times and where the pressures are on organizations around talent.

JK: That’s interesting. I didn’t think of maybe [that] you’re skipping over the need for proper full stack developers with that.

DS: There is obviously a need for full stack developers. But the reality is that they are in horribly short supply. And no code offers an opportunity for organizations to spin up products and services. Where perhaps it might not have been possible where even with low-code, you need someone who’s got a fairly detailed understanding of software development.

JK: We’ve got to go for the metaverse next. So let’s go Metaverse with a big ‘M’.

DS: I just think that there are potential pitfalls there. You know, just this morning, Zuckerberg announced that they expect massive losses over the next five years. So they’re going all in on it. And it’s a big risk. The idea that people might buy real estate in a digital space, that is a big ask of organizations.

There are undoubtedly security and privacy concerns that people may feel slightly challenged by people in a professional environment who don’t necessarily like sharing their social media presence and obviously with Meta if that was to become a work environment, that challenge would be met head on. So I think there are some major challenges around the big ‘M’ Metaverse offering that might take some serious navigation.

Missed out on Vegas this year? Make sure to get your 2023 tickets here.

And so I think it’s gonna be very interesting to see how it goes. And it’s straight out the pages of Ready Player One. The film is not great, but the book talks a lot about the idea that it could become heavily commercialized, and therefore, access is restricted. And as we’re saying, you’ve got to have money if you want to buy office space in this digital world and how that’s gonna go down.

DS: The book is far better. So, metaverse with a small ‘m’. And then we were talking about opportunities, which over the last few years have been really difficult from a remote working perspective. I mean, heaven forbid, the pandemic had happened even ten years ago.

Teams has enabled organizations to certainly remain highly productive. However, there are big question marks around collaboration. And traditional modes of working have been adopted and lifted onto those platforms. But we know that people have struggled to make connections through a 2D screen.

There’s the whole thing about you sit a little bit too close to someone on a 2D screen. And we have meeting after meeting and there’s less break time and collaboration has suffered.

Now the metaverse with a small ‘m’ might solve some of those problems. I was having a conversation just last week with a guy called Ariel Camus, who is CEO of a company called Microverse, who’s talking about the fact that if you look at companies like GitLab, there is a playbook for how to do collaboration in a remote setting.

And any government that’s trying to fight against that tide, and companies that have worked it out, probably are on a losing streak. Because overall the trend is that we are going to move in that direction, we need to stop thinking like 220 separate countries and start thinking about a global idea of ‘this is where we’re moving’.

It’s inclusive, it gives people opportunities. But his point was that this is the first iteration of remote work in companies out there who have worked out how to do it, and it’s only going to get better.

The metaverse could take away those barriers that you have with a 2D screen, they can improve the wellbeing impact that we have where there’s a lack of personal connection, because you wouldn’t be in an immersive environment, you’re not on a 2D screen where you’ve got other things popping up around you other potential distractions, you don’t have that thing of feeling that you’re not really having a conversation with someone, you could be taken away from the immediate environment where you’ve got maybe kids distracting you, or pets or whatever else and into something that allows you to really concentrate on your work.

So I think those are really interesting opportunities to revolutionize remote working, which I don’t think is going to go away.

Watch the whole conversation in the video above. 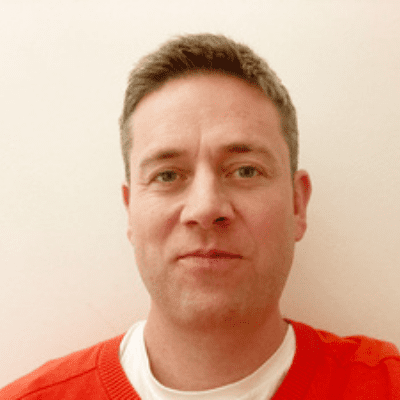