Remote-first workplaces are the future

Hybrid working is the preferred future of work for many companies.

But should they be embracing remote-first workplaces?

COVID-19 has transformed the world of work forever. Millions of workers across the world have proven that they can work as productively (sometimes even more so) at home, as they did the office.

In this context, employers are grappling with how to design their future of work. In sectors where remote work is possible, the majority are punting for hybrid models where employees split their week between the office and elsewhere (usually their homes).

Different companies are doing hybrid differently – some are being prescriptive about the days employees must come in, while others are allowing teams to decide among themselves. 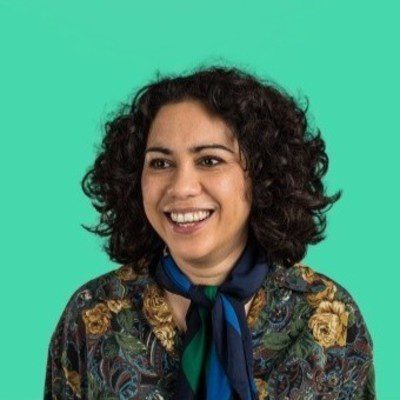 But Distributed’s head of people Estella Reed believes that hybrid is the wrong approach. This is primarily because organizations are implementing it as office-first, and then saying: “We’re going to allow people to work from home”.

She believes that this approach has failed before it has even started. “You’re not saying you have equity between people that are not working in the office and people who are”.

This is known as proximity bias – or ‘out of sight, out of mind’ – where those working from home are overlooked for promotions and other opportunities, while those in the office are prioritized.

Instead, Reed argues companies need to present their future of work policy as “remote-first”.

Benefits of being remote-first

Avoiding proximity bias, and driving equity at work, is not the only benefit of being remote-first instead of hybrid.

For Reed, the “headline” benefit is the positive impact on diversity. This is personal; Reed candidly shares that as a single mother, working remotely and flexibly has been a real positive.

“If I was [working] Monday to Friday in an office, I probably wouldn’t be in the position I’m in now because it would just have been too much with two young children”.

“You end up feeling like you’re doing no jobs well”, but “working remotely has given me the time to be a much better mom, quite frankly, and an opportunity to deliver in the role that I am in”.

This view was reiterated SHRM board member Edie Goldberg in an UNLEASH interview. Goldberg says: “Rethinking our rigid approach to work offers the best opportunities for attracting and retaining highly qualified women”.

In a slightly different definition of diversity, Reed adds that remote-first companies have access to an almost unlimited pool of talent, “whether that is geographical, demographics or people that would more ordinarily struggle to be in an office space”. Hiring the right talent is essential to business success, but hiring and working from anywhere are only possible in a remote-first environment.

Another core benefit of remote-first workplaces is productivity. When people are able to choose where they work, they can make sure they do their best work. Employers get employees who are “engaged and passionate about what they do” and so “are able to bring more to the table”, according to Reed.

Reed notes that in her personal experience, “I’ve seen the productivity is much higher” in remote and distributed workforces. Whereas “when you force people to go into the offices nine to five, you get a culture that’s based around presenteeism” – aka the attitude that “I’m going to come in and do my nine to five” and then leave.

The world is currently living through a highly competitive war for talent. Employees are quitting jobs (sometimes without anything else lined up) at record rates – and a leading cause of the so-called ‘Great Resignation’ is the desire for flexible and remote working.

Research by Topia found that for 95% of US and UK employees flexible working was an important factor in their desire to find a new job. It was ranked the third most important factor – after high pay and employee wellbeing. The same percentage think that employees should be able to work where they like so long as they get their work done.

Reed is clear that “any company that isn’t prepared to say ‘We’re going to be remote-first and if people want to work in an office, [they can]’ is absolutely going to struggle in the current climate”.

This is because most people are thinking “we’ve shown that it can work, we’ve had to make it work” during the pandemic. “In fact, lots of companies have thrived, and people have thrived, despite the difficulty”, explains Reed.

She continues that employees “want to be working in companies that put people first”, so “if you are signaling, as a business, that you embrace remote first, and you care about people, then people will want to work here”.

Be intentional and use tech

Of course, being remote-first (and achieving these benefits) is much easier said than done. The main thing that needs to change is how employers and managers communicate with their workers.

“Lack of communication, and communication breakdown, is what causes problems in the workplace”, according to Reed. So remote-first organizations need to be intentional about they communicate; they need to be very clear and articulate about actions and asks from employees.

The issue is that in office-based working environments, “a business can rely on people passing information onto each other informally” – so-called “water cooler chats” – and then “the information percolates down”. But that doesn’t happen so easily in remote environments.

Of course, communication tools can play a huge role here. Examples include Microsoft Teams, Slack, and Spill Chat. But other HR tech that allow collaborative work – such as whiteboarding tool Miro – can help replicate the office by getting people in a virtual room solving problems.

“There are tools now that exist for every part of the employee lifecycle” – from hire to retire. “There’s really not anything now that you can’t do remotely”, notes Reed.