Rhonda Spencer, Barry-Wehmiller’s CPO, will be speaking at UNLEASH America 2022.

The 'Great Resignation' is affecting all sectors.

Find out why Barry-Wehmiller won't be hiking salaries in response to the labor challenges.

Instead, it is focusing on giving people give jobs with career development opportunities.

Manufacturing technology giant Barry-Wehmiller was on the frontline of the pandemic.

Its chief people officer (CPO) Rhonda Spencer shares with UNLEASH that Barry-Wehmiller a company that makes the “machines that manufacture [everyday] products”. The machines help to put shampoo in the bottle and put the lid on, and make corrugated boxes.

Therefore, when the pandemic hit, Barry-Wehmiller was classed as an essential business. While initially things slowed, after a few months its business “took off”.

“We’ve had two record years in a row,” notes Spencer. This was linked to the explosion of online retail and food delivery – “we make machines that make the boxes and packaging”.

But what impact did the pandemic have on Barry-Wehmiller’s employees?

Spencer shares ahead of her appearance at UNLEASH America (25-26 May) in Las Vegas that many employees were clear they “felt safer at work than anywhere else” – this is linked with Barry-Wehmiller’s safety protocols designed by its cross-divisional COVID-19 taskforce. 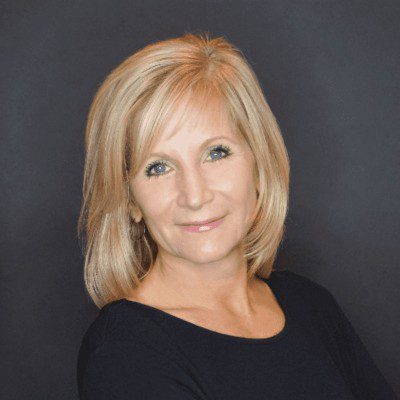 One example is contact tracing, which the organization introduced before it was legally required by governments across the world.

She continues that Barry-Wehmiller’s employees knew exactly what to do in the face of adversity – they knew “we [had to] keep people safe and take care of customers”.

This plays into Barry-Wehmiller’s “problem-solving culture” – “people understand how to assess situations and solve problems”.

People and performance in harmony

According to Spencer, central to why Barry-Wehmiller workers stepped up and went above and beyond for customers (as well as the broader consumer) is linked with the strength of the company’s culture.

Spencer defines the company’s culture as “people and performance in harmony” – this is also the title of her session at UNLEASH America.

This means “allowing people to be whoever they’re meant to be at work”, therefore allowing Barry-Wehmiller to “discover their gifts and talents” and applying them in the workplace.

The idea is to prove “that you don’t have to sacrifice performance in order to be good to people”, explains Spencer.

She adds: “You have to understand that performance is energized by people who care about the business, are fully engaged and have all the tools they need to do their job”.

As a result, “recognition and celebration are core elements of our culture”. But Barry-Wehmiller had to rethink how to appreciate its workers when it was impossible to get everyone together in person safely.

They launched an initiative called ‘champion cards’. This where team members use a physical or digital card to write down why they recognize another colleague. These are then given (or sent electronically) to that colleague to ensure they feel celebrated and appreciated at work.

In addition, employees are encouraged to use Barry-Wehmiller’s human resource information system Workday to meaningfully appreciate and recognize one another.

Further to this, CEO and chairman Bob Chapman switched from doing in-person to virtual listening sessions with the help of Webex and Microsoft Teams.

“He loved it. He probably did 30 listening sessions and for the first time he was able to talk to people who were always in the field” or not based in the US”, explains Spencer. “We always know we can do better, but [listening sessions] help us identify where we can”.

These programs and initiatives help Barry-Wehmiller’s entire workforce – whether they are based in an office or on the manufacturing floor – feel “more connected”. “Everybody is on a level-playing field”, nobody is missing out on the culture because of the nature of their job. 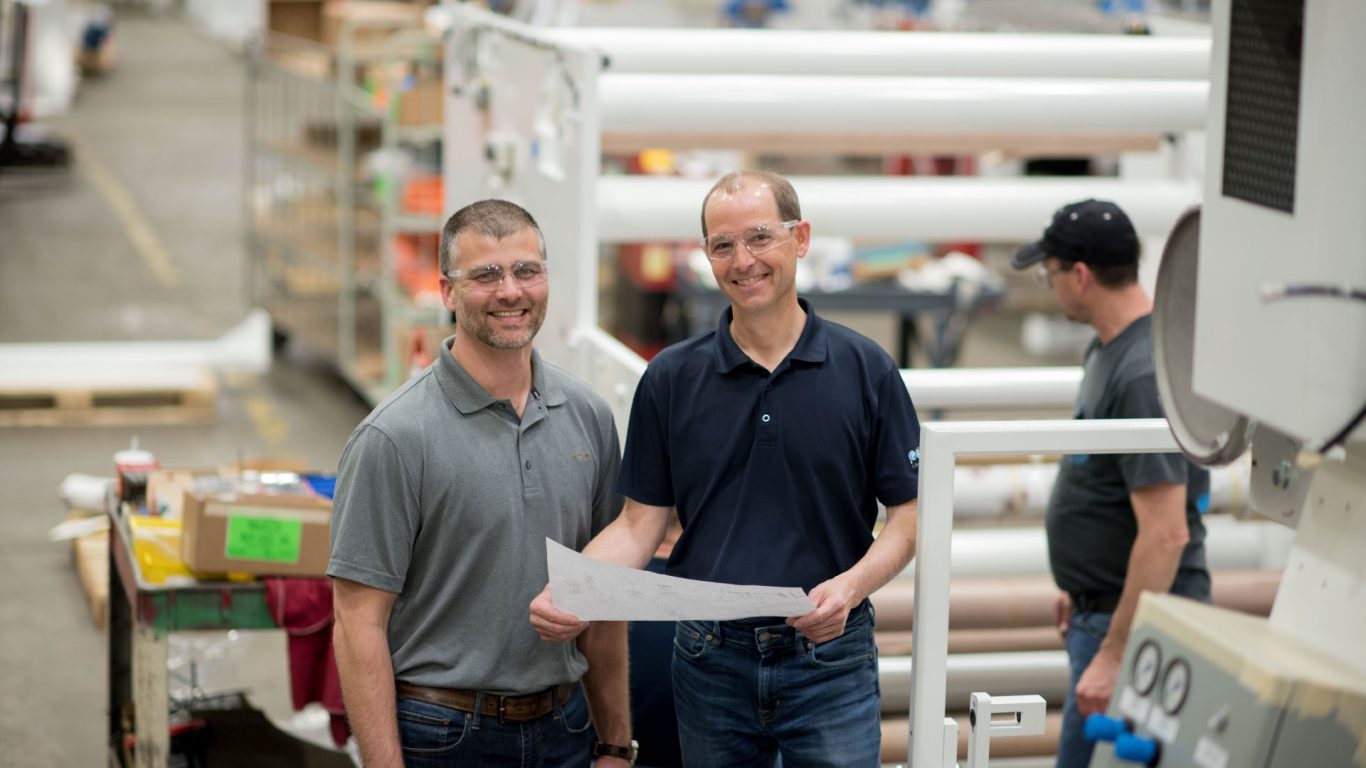 Barry-Wehmiller’s culture of recognition feeds another element of its business – taking a long-view. “It easy for us to do the right thing” because the company has “ a view of the long-term sustainability of the business”.

This approach feeds into Barry-Wehmiler’s people priorities; Spencer notes that employees “are doing something that they know matters, and [we] allow them to grow as the business grows”.

This attitude is beneficial for Barry-Wehmiller in the current challenging job market – known as the ‘Great Resignation’. A lack of career development opportunities is a leading cause of the attrition crisis.

“We can attract people to this culture, they love working here. Our jobs are great jobs for people – they know they have a long-term future”.

Spencer is clear that Barry-Wehmiller will not be engaging in the “craziness that’s going on with compensation right now”.

Some employers are hiking salaries by up 50% to attract and retain employees, but, in Spencer’s view, this is a short-term tactic that will ultimately not be in the employee’s benefit.

“We know that when things take a downturn, [short-term focused companies] are going to be saying ‘why are we paying that person so much’, and they will just let them go”.

Instead, Barry-Wehmiller with its long-term focus has made a commitment to existing and new hires that it will have work for them now and in the future, and they won’t be laid off. “We’re giving them a reasonable compensation level that we can support going forward”.

Barry-Wehmiller has, however, dialed up its learning and development provision with a new process called Elevate that aims to align “the needs of the business with the aspirations of team members”.

Of course, in this competitive market, “maintaining our long-term focus does create recruiting challenges for us” in the short-term.

Another challenge comes from the fact that Barry-Wehmiller is grappling with high levels of retirement; this has nearly doubled its attrition rate, which surprised Spencer.

This is linked to its workforce tending on the older side; the company is 115 years old, and it has grown primarily through acquisitions. “We’ve done more than 120 acquisitions” since Spencer joined in the 1990s.

Barry-Wehmiller “acquired [these companies] when they were in distress, so they had downsized their workforce before we got them”; this meant that most of the employees who joined Barry-Wehmiller as a result of the acquisitions were the more senior, and so often older, staff.

Now, because of COVID-19 and spending more time at home, many Barry-Wehmiller employees became keen to retire. Of course, the fact that so many people stay at Barry-Wehmiller until retirement is proof that the company does genuinely look after its employees and their careers for the long haul.

During COVID-19 – and now with the ‘Great Resignation’ – as these recruitment challenges became more acute, Spencer and her team took a “step back and looked at the [hiring] process”.

“Our leaders are used to [a process where] you post a job, and everyone wants that job”. Then “we go through the candidates at our pace, and choose the one we want”. But things need to move quicker – and there is a need to go out and source so-called passive candidates who are not actively looking for a new job.

So the HR team had to set “expectations with leaders” and ensure that the candidate experience in applying for jobs at Barry-Wehmiller were top notch.

Barry-Wehmiller has also upgraded and streamlined its onboarding process, so that new starters can get up to speed and “be in a position to contribute more quickly”, according to Spencer.

Interestingly, Spencer shares that Barry-Wehmiller is going in a different direction to many employers and will not be embracing virtual recruitment long-term.

Spencer shares that “when we’ve done it completely virtually, we have made some mistakes” and hired the wrong person. Instead, Barry-Wehmiller has realized “at some point in the process, you need to meet each other face-to-face and really feel if there is…a connection”.

To help here, “we have expanded our use of pre-employment testing to really assess both candidates’ capabilities and their cultural fit”.

On the subject of balancing in-person and virtual connection, Spencer notes “you can learn a lot of things online, but there’s.. energy in the conversations that you…have after a talk” at an in-person conference.

This is why she is excited to be attending and speaking at UNLEASH America in Las Vegas (25-26 May).