A blackjack player’s guide to winning on Wall Street

What are the similarities between gambling and the financial markets?

Having a plan, controlling your emotions and being patient are crucial in blackjack.

But they are also crucial skills for employees, particularly those working in the financial sector.

What lessons can be learnt from blackjack about the world of work?

Three decades ago, a chance encounter with blackjack changed my life. As I watched the game in a Lake Tahoe casino, I was fascinated by its simplicity; get as close to 21 as possible without going over. And when I realized that counting cards could turn the odds in my favor, I was hooked.

For two and a half years, I lived, ate, and slept blackjack, shuttling back and forth between my apartment in San Francisco and Reno and Las Vegas.

It was a struggle but I managed to beat the house and grow my bankroll to 32 times its original size, getting barred from several casinos in the process.

In an extraordinary turn of events, my gambling expertise led me to a job on Wall Street. I didn’t know the first thing about finance and yet I decided to take a chance and move to New York.

Looking back on a quarter-century spent in the world of high finance, I can unequivocally say that my time spent playing blackjack was the perfect training for a career in the financial industry.

My successes  – creating an investment method from scratch, compiling an extraordinary track record of managing money, and playing a key role in raising money for the largest hedge fund launch in history – were a direct result of the lessons that I had learned while playing blackjack.

Here are some of the most important ones.

Focus on the game

The key to success in financial markets, as in blackjack, lies in an unwavering focus on the game. Money is simply a side effect of a game played well, and not its primary objective, a lesson that few, if any, on Wall Street have learned.

One of the root causes of the 2008 crisis was the financial industry’s obsession with making as much money as possible and as quickly as possible. In contrast, I have always tried to play the game in a manner that ensures long-term success, not merely short-term profits.

A game cannot be played well without a system, at least not for any length of time. If the odds are against you, the longer you play the greater the probability of a loss.

Everything in a casino, from the bright lights to the ‘free’ drinks, is paid for by the losses of its customers. The same is true for Wall Street trading floors.

That is why I spent seven years creating an investment strategy that would turn the odds demonstrably in my favor. I then used that ‘system’ to successfully manage money for large hedge funds.

Stick with the system

Having a system is pointless unless you have the discipline to stick with it, in good times and bad.

Make sure you don’t jettison it during a prolonged losing streak or become overconfident during periods of good fortune and increase your bets.

Trust your system and vary your bets according to the odds of the next hand, not on the basis of recent performance.

In two decades of managing money, I have never deviated from my system despite having numerous incentives to do so.

In blackjack, a seemingly minute advantage of 1% was enough for me to make a living from the game.

On Wall Street, an even smaller edge allowed me to beat financial markets for two decades. The important thing is not the size of the advantage but that it be quantifiable.

Returns can be amplified through repeated wagers and, in the case of hedge funds, via the use of leverage.

Play with a large bankroll

Even the greatest of card counters will go broke without adequate protection against sustained losing streaks. Similarly, many hedge funds blew up because they were overleveraged, a fancy word for bets that were too large for their bankroll.

In Las Vegas, I sized my bets such that there was a 95% probability that I would double my bankroll and only a 5% chance that I would lose it all.

On Wall Street, an equally conservative strategy has allowed me to ride out storm after storm, including the great financial crisis of 2008.

There is no better place than a casino to gain control over the two emotions that have led to the downfall of many on Wall Street—fear and greed.

Emotions cloud your thinking and cause you to make poor decisions. Whenever I realize that I am not operating with a clear head, I take a break from the action.

The importance of patience in both games cannot be overstated. I have never made a large bet on the blackjack table unless I was convinced that the odds were in my favor.

Likewise, I am willing to wait forever for a market opportunity to present itself. Placing bets out of boredom or out of a sense of frustration is a path to failure.

The cards coming out of a shoe don’t know that you need a six. Similarly, the bond market is not aware of my existence.

A losing streak is not the result of a market conspiracy or a cheating dealer.

Believing that they’re out to get you is a surefire recipe for disaster. Always remember that you are the one playing the game. Do not let it play you.

Put yourself in your opponent’s shoes

The casinos were my enemy and yet, I needed them to play the game. The same is true for buyers and sellers.

Even though their interests are diametrically opposed, every seller needs a willing buyer (and vice versa). Otherwise, the market ceases to exist.

Before executing any trade, however, you must have a clear understanding of not only your opponent’s rationale, but also be able to identify flaws in their logic.

And sometimes, when you put yourself in their shoes, you might even realize that they are right and you are wrong.

No matter what the game, I believe that the key to happiness lies in playing it well during the day and sleeping well at night – a principle that has worked well for me at the casinos, on Wall Street, and also in life. 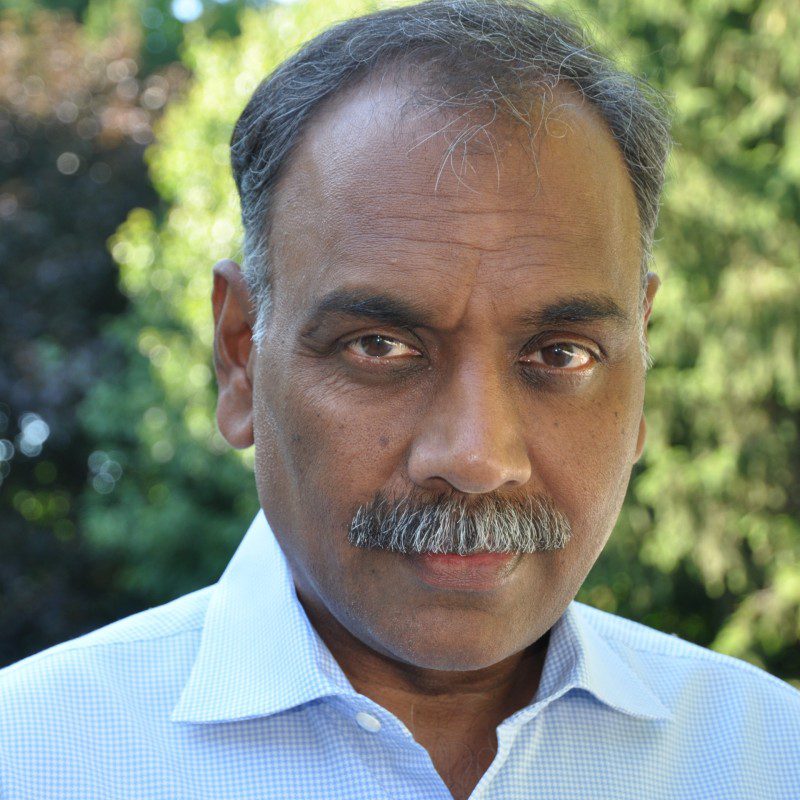 Gupta is the author of Play It Right, which chronicles his journey from computers to gambling to Wall Street.