The Great Resignation: What can businesses do to fix retention and productivity woes?

Companies across the world are grappling with the 'Great Resignation'.

What are the solutions to retain staff and drive productivity?

Is tech more of a hindrance than a help?

The ‘Great Resignation’ has gone global.

Back in April 2021, the number of employees in the US who walked out of their jobs broke an all-time monthly record. Today, as businesses continue to navigate the choppy waters of the pandemic, around 41% of the world’s workforce are now questioning their careers and considering the ‘R’ word themselves.

If a potential mass walkout of staff wasn’t enough for businesses to be worried about, they’re also dealing with one of the biggest productivity problems we’ve seen in more than a generation.

While the pandemic, lockdowns, and orders to work from home make for convenient headlines; when it comes to explaining away low productivity, and what some refer to as a crisis of employee disengagement, things are far more complex.

Rather than causing low productivity, the revelatory experience of working from home might have actually been the clearest wake-up call yet that businesses need to combat one great ‘R’ with another; the ‘Great Reset’.

In the UK, for instance, productivity growth stagnated at just 0.3% in the decade between 2010 and 2020, well below the average 2% decade-on-decade growth the country has maintained since the early 1800s. Such was the alarm around the UK’s apparently tumbling productivity, that the Royal Statistic Society dubbed this particular nugget of information, ‘statistic of the decade’ in pre-pandemic 2019.

Reports of a ‘productivity slowdown’ are also emerging from the US. In its Monthly Labor Review, the US Bureau of Labor Statistics said the cumulative loss due to the productivity slowdown since 2005 has reached $10.9 trillion, which is roughly equal to $95,000 worth of output per worker.

So while it may be tempting to lay the productivity problem at the door of the pandemic and then go about your day, it’s becoming increasingly clear that this problem runs much deeper.

For many workers, the pandemic is likely the straw that broke the camel’s back. But why?

A pandemic of employee disengagement

The ‘Great Resignation‘ has become a global phenomenon, and few businesses are prepared for it. Lockdown has given employees a chance to reflect on their lives and the role their jobs play in their long-term pursuit of fulfillment and happiness.

For many, it will have provided the first-ever taste of remote working, allowing them to save money and spend more time with their families, forcing businesses to adapt and look beyond the nine to five.

Survey data from Advanced’s own research looked at the UK labor market as an example.

According to the whitepaper ‘HR insights: The Power Of Doing Less’, almost half (47%) of UK employees are now concerned about their work-life balance.

That’s more than twice the number of people that are concerned about losing their jobs, putting the ball very much in the employer’s court when it comes to talent retention.

This is partly due to the sudden shift to remote working caused by the pandemic and associated lockdowns, which gave people time and space to reflect on how they work, but it might also be partly self-inflicted.

Is it possible that we’ve adapted too quickly and too clumsily to a hybrid digital environment?

McKinsey even coined a term for this phenomenon – The Quickening – which describes how businesses crammed roughly a decade’s worth of digital transformation into around 90 days in order to protect business continuity in the early days of 2020.

Some of this will have involved the implementation of new security policies, training, and carefully thought-through HR processes. But for too many businesses, it will have been a case of hurriedly equipping employees with laptops and subscribing to cloud-based tools to maintain productivity at all costs.

The question we might now ask ourselves is what kind of toll has this digital push had on an unprepared workforce?

For a long time, businesses have been migrating to SaaS applications to streamline their operations and facilitate a more distributed workforce, but nothing could have prepared them for just how dependent they would become on the cloud at the start of 2020.

We often frame this as a business argument, referencing CAPEX, or OPEX, and how ‘agile’ a business can become with the right tools, but what about the employees themselves?

Advanced’s survey, as referenced above, found that 69% of people say the number of apps they’ve been asked to use has increased during the pandemic.

What’s more, almost a third (32%) of employees say that too many notifications from different apps actually get in the way of their productivity.

This technology is meant to be making this easier and more streamlined, not more complex and frustrating. So what’s going wrong?

Businesses already have a challenge on their hands when it comes to retaining staff post-pandemic. The last thing they need is a workforce that’s tired and frustrated due to technology and notification overload.

To stave off resignations, businesses need to re-examine the employee experience in the so-called ‘new normal’.

They need to set new goals, bring in creative integrated technology solutions instead of a patchwork web of apps and, crucially, they need to put employee wellbeing first by setting boundaries and ensuring that down-time is respected at home as much as it is in the office.

For businesses that want to avoid the ‘Great Resignation‘, they need to embrace a ‘less is more’ philosophy and give their staff the means and space to adapt. That’s how they’ll retain and attract new talent in 2021 and beyond. 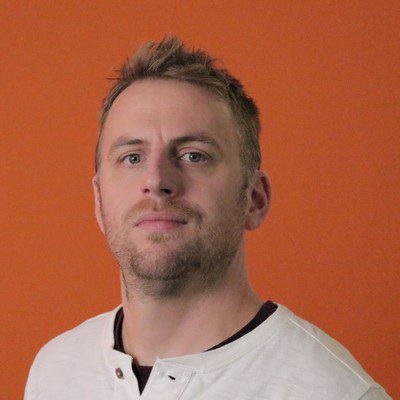 Director of Talent Transformation and Insight at Advanced