Use data to tackle the biggest HR challenges

That’s the message of Visier’s founder and CEO Ryan Wong.

Ahead of UNLEASH World, we sat down with Visier's founder and CEO Ryan Wong.

Wong shared his views on how to solve the biggest challenges facing employers: a looming recession, layoffs and the 'Great Resignation' .

Hint, good use of data is key to success.

The current world of work is incredibly confusing, and complex, for employers across the world.

Many companies across the world are only just fully recovering and getting back to normal after the COVID-19 crisis.

And now they are grappling with new challenges – the first is a shortage of skilled labor (there is a mismatch in terms of the jobs that are available and the willingness of people to fill them, plus women and older workers leaving the workforce in droves).

While there are issues across all industries, sectors like healthcare and logistics are particularly struggling to fill open roles, and complete the backlog of work, data and analytics company Visier CEO and founder Ryan Wong tells UNLEASH.

This labor shortage is compounded by record high attrition rates, dubbed the ‘Great Resignation’. This trend is over a year old, and the high resignation rates are really impacting employers and their ability to meet their goals.

But now there is a fourth challenge that employers are grappling with: a looming recession and sky-high inflation. This challenge is worsened by the Ukraine crisis and geopolitical tensions.

How to respond to workplace challenges

“Every CEO and company is trying to make sense of all of this”, notes Wong. The issue is that they cannot take directly from the 2007-8 recession playbook. Wong comments: “We don’t really see a pattern that we can learn from in the past and history” – this is linked to the fact that people would expect a looming recession to stop individuals from resigning from the jobs, but it hasn’t.

Although the ‘Great Resignation’ is showing no signs of letting up, employers are worried about their finances, and so they are changing their talent strategies.

Wong gives the example of signing on bonuses. “They were freely giving [them] out when they were trying to recruit heavily”, but now they are dialing back. 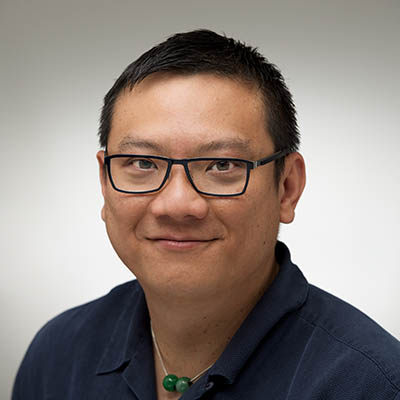 But now, “companies are more daring in what they’re doing around coming back to the office”, although they know “there will be some employees who will self-select themselves out”; they’ve decided it’s worth the risk.

This could be a version of ‘quiet firing‘ because it may help these organizations avoid having to choose who to layoff later down the line.

Layoffs are the result of bad planning

Of course, companies are doing more than changing their retention strategies; in fact, many have introduced hiring freezes and layoffs in response to the looming recession.

However, Wong believes these layoffs were not inevitable; “layoffs happen when there is bad planning”.

Of course, economic challenges add more complexity and issues, “but a lot of the layoffs that I’m seeing right now are really the result of digital transformation of technology change”.

Without the right workplace planning, “it was inevitable that [layoffs were] going to happen”, the recession has just sped up the process.

Better data and analytics are essential to effective workforce planning. It allows employers “to understand how their people impact business outcomes”, by helping them to figure out how big a team they need to “meet certain business objectives and capacity planning for the next 12 to 18 months”.

Ultimately, for Wong, if businesses understood their people better, and if they have a “whole data-driven business approach”, then a lot of the job cuts going on right now could have been prevented.

Even beyond redundancies and layoffs, employers need to make all their decisions based on data. Not only is this good for their businesses and ensures they aren’t making obvious errors, but employees now expect it.

In this new tech and data-driven world, workers will no longer accept decisions made just based on a leaders’ gut instinct. They also want to have a say in decisions that affect them, and leaders that don’t listen to what they have to say may face a fresh attrition crisis on their hands.

On the topic of retention challenges, Visier’s research has identified a growing trend called ‘reverse retention’. This is where employees threaten to resign in an attempt to get their current employer to give them a pay rise or better benefits.

According to a survey of 2,000 UK employees, although 79% said they hadn’t done this yet, 58% wouldn’t feel guilty doing it and 25% said they would expect an up to 10% raise if they did attempt reverse retention.

The reason why employees wouldn’t feel guilty is because of soaring energy bills (67%) and because they knew they could get higher salaries elsewhere (63%). In addition, 45% of employees are acutely aware that the ‘Great Resignation’ puts the power in their hands.

The question, however, is will reverse retention be effective at getting employees a pay rise? Or could it damage their relationship with their employer during a recession and layoffs?

Wong notes that when employees are job hunting, they should consider three things – mission, experience and pay – and figure out which is the most important to them.

“Everyone weighs up those three things a little bit differently, I always say that pay has to be the last one,” notes Wong. “If you are just attached to your pay, then you’re a mercenary. You work for money”. It seems that the days of chasing after pure capitalism are over.

He adds that while mission is a common priority for employees when choosing jobs, often people forget about experience. Having a good team, a great boss, and interesting work to do is a huge part of job satisfaction.

He adds that pay is becoming more transparent and commoditized – and that means that pay won’t be as much of a differentiator between companies. As a result, companies are going to be competing more and more on experience and mission.

This is already playing out in the ‘Great Resignation’ where values and purpose are leading causes of high turnover rates, alongside wellbeing and career development opportunities. In fact, some employees are even saying they would be prepared to take a pay cut to move the right experience or mission.

Visier is a diamond sponsor of UNLEASH World, which is taking place in Paris (12-13 October). So we were keen to find out why Visier is excited about the show.

Wong commented that he is excited to use the event to “announce to the whole world that Visier is coming to EMEA”. Headquartered in Canada, Visier has traditionally been seen as a Northern American company, but European companies are facing the same challenges as US or Canadian employers.

“We’ve had some great brands as early adopters in Europe; they’re trailblazers” – examples include pharma companies like Novartis, AstraZeneca and Merck, as well as the LEGO Group and Experian.

Visier is hopeful that UNLEASH World will provide an opportunity for the company to connect with HR leaders from other brands, and talk about how people analytics can transform the world of work for the good.