Lessons from Shopify: How to remedy meeting fatigue

Shopify has introduced some drastic solutions, including a calendar purge, to nip it in the bud.

Is this the right approach? UNLEASH spoke to HR experts about their tips and tricks for better meetings.

Virtual meeting technology was a necessity in the COVID-19 pandemic. It enabled workers who now had to work remotely to continue to collaborate effectively with one another, so it is no surprise that Microsoft found that the number of meetings has grown 153% since 2020.

But there are downsides to this proliferation of online calls. Microsoft also found that individuals were “flooded” with invites – often leading to them being double booked, or having no time between meetings to take a break.

All of this caused so-called ‘meeting fatigue‘, as well as prevented employees from being productive and actually acting on decisions made in meetings.

Employers are highly aware of the impacts of meeting fatigue, and have taken action to nip it in the bud. A common approach has been meeting-free days, but e-commerce giant Shopify has decided to go even further.

At the beginning of January, on top of reinforcing that Wednesday is a no meeting day, Shopify implemented a ‘calendar purge’ where any recurring meetings with three or more people attending would be removed from employees’ calendars.

The aim was “freeing ourselves from an absurd amount of meetings, and unlocking an incredible amount of maker time”, according to a letter to employees by Kaz Nejatian, COO and vice-president of product.

Shopify workers are also encouraged to decline meeting invites, and internal communication is moving away from email communications towards a new platform, Workplace by Meta.

These changes from Shopify may feel “chaotic”, but for Nejatian and the rest of leadership that is the point: “There will be casualties (an important meeting that was clobbered) or confusion (when should I use Workplace vs Slack)? This intentional chaos is ok. More than ok. It’s a feature, not a bug. And it’s part of working and thriving at Shopify.”

For business and HR leaders globally, the burning question is whether drastic measures like the ones Shopify has introduced will actually address meeting fatigue, and therefore if they should follow suit.

So, UNLEASH spoke to future of work experts and asked them to share their insights on Shopify’s moves, as well as their advice about how to address meeting fatigue, and make virtual collaboration fit for purpose for the modern, digital world of work.

As previously stated, many employers have tried to tackle meeting fatigue by implementing meeting-free days. Others have called on employees to block out time in their calendars. Both of these solutions have merit because they give employees the time and space to do deep, focused work with limited distraction. 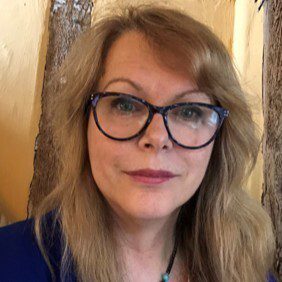 But for them to be successful, there needs to be a culture change and the whole organization has to abide by the restrictions, as Resource Solutions chief people and culture officer Kirsty Adams tells UNLEASH.

The solution, according to HP UK&I’s head of HR Debbie Irish is that “senior leaders should lead by example.

“Having senior leaders vocalize that they too block out their calendars when they need a period of fixed time to concentrate or are open about the fact that they have a hard stop at a certain time to fulfil caregiving duties, for examples, will result in employees feeling like they have better control of their time.” 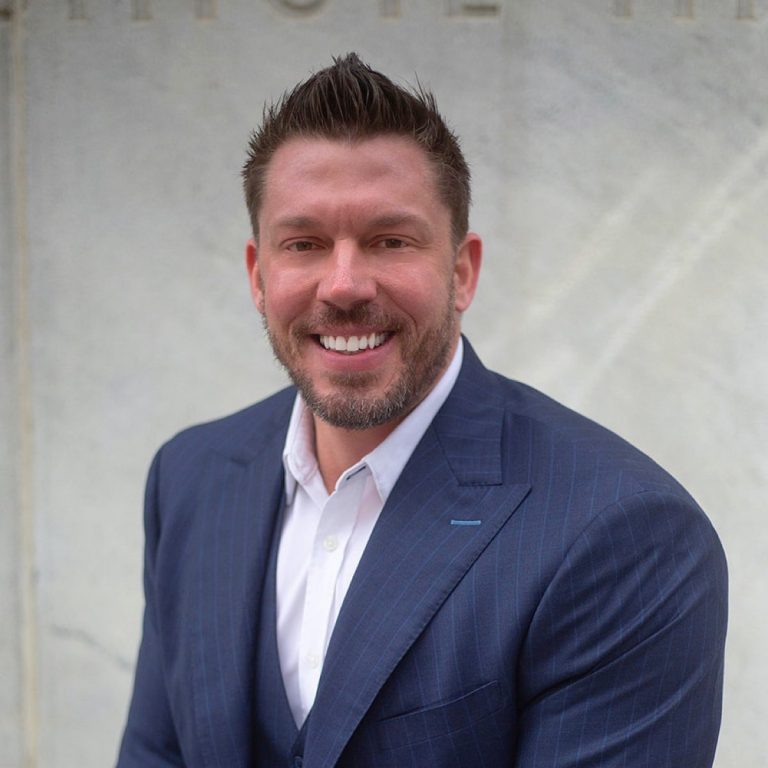 Business growth specialist Ryan Niddel goes one step further, and has multiple meeting free days – this is something also mentioned by Liz Sebag-Montefiore, director and co-founder of 10Eighty.

Niddel calls for business to flip the concept on its head. So rather than having a meeting-free day, companies should have just “one day that is a meeting day”. This means that decision are made on the day, and it frees up employees to use the rest of the week working on the actions decided in those meetings.

Cut the number of meetings

Of course, central to Shopify’s calendar purge is drastically reducing how many meetings employees are attending. The experts who UNLEASH spoke to agree that too many meetings are major problem. 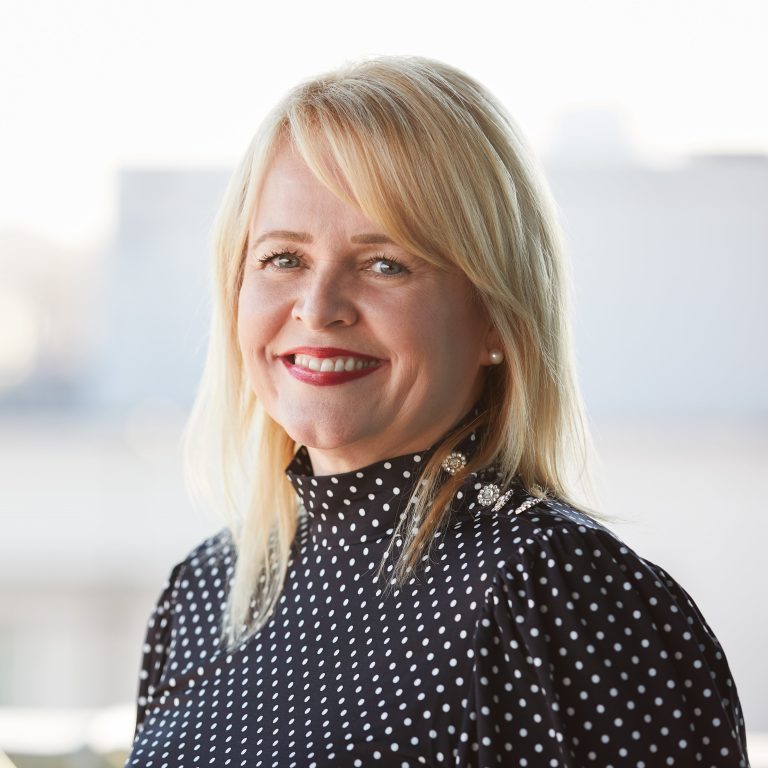 Resource Solutions’ Adams adds: “As well as improving staff wellbeing, removing recurring meetings from diaries altogether can be an effective way of ensuring team resources are being used efficiently, that time is given back to employees to either think or get the job done”.

Owl Labs CEO Frank Weishaupt notes that employers should use the new year as an opportunity to get employees to do an annual purge of unnecessary meetings.

It ensures “that employees have the necessary time to get through their task lists. This doesn’t mean getting rid of important meetings, instead, it’s about asking the right questions to get the most out of them.”

HP’s Irish agrees, and shares: “We actively encourage our employees to re-evaluate the meetings series they own at least every quarter. Frequently auditing the cadence of your meetings is the best way to keep them fresh and relevant. 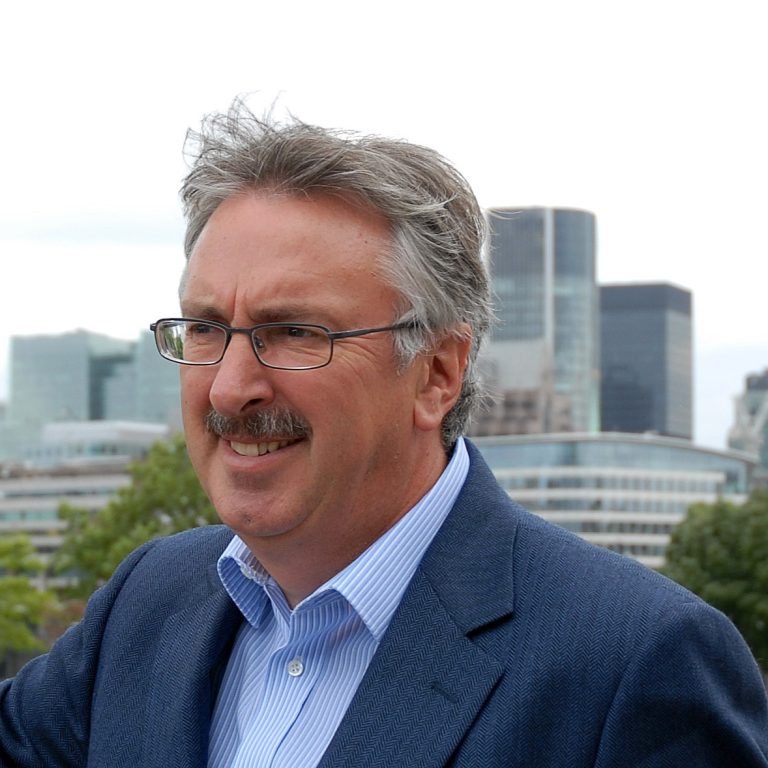 “Priorities and workflows can change often, so it’s important to audit your teams’ needs” and make appropriate changes, she continues.

An alternative to rescheduling or cancelling meetings altogether is rethinking about who you invite to meetings. Lateral thinking expert and author Paul Sloane is clear that meetings are more productive if you “invite fewer people”.

Founder of Soprana Personnel International Diana Blažaitienė agrees. “Meeting attendees…should be sorted very carefully. If the employee is not directly related to the problem being solved, their time and energy can be saved for other tasks”, and it avoids wasting their time in numerous irrelevant meetings. 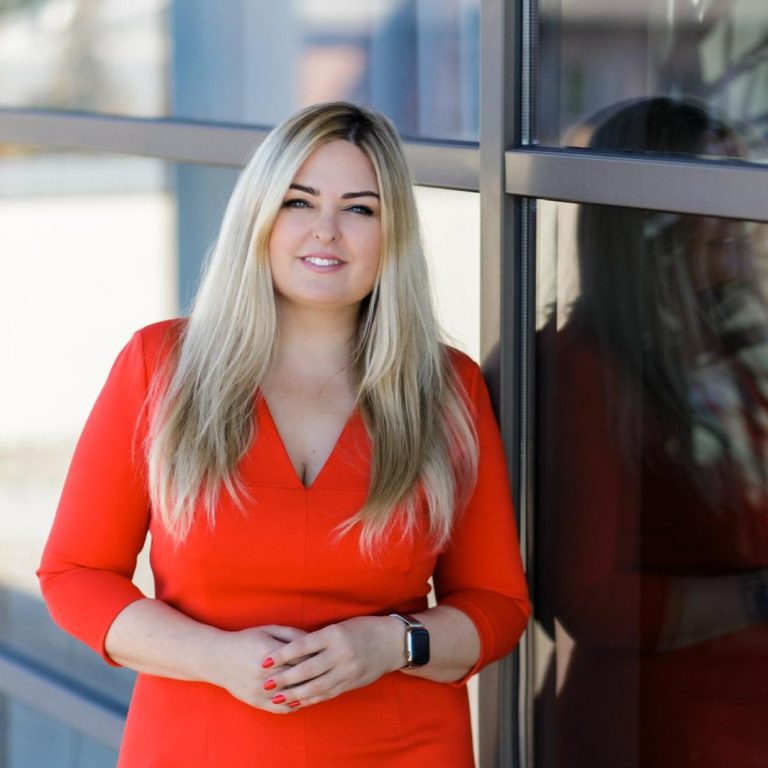 Another element to this, as Shopify has done, is to ensure employees are empowered to say no or challenge their attendance in meetings.

Sebag-Montefiore states: Amazon founder “Jeff Bezos reputedly had a two-pizza rule – if two pizzas won’t feed the group, then your meeting is too big. The ideal size is four to six. Keep the meeting small and focused, attendees can then brief onwards, upwards and outwards”.

Set an agenda and a time limit 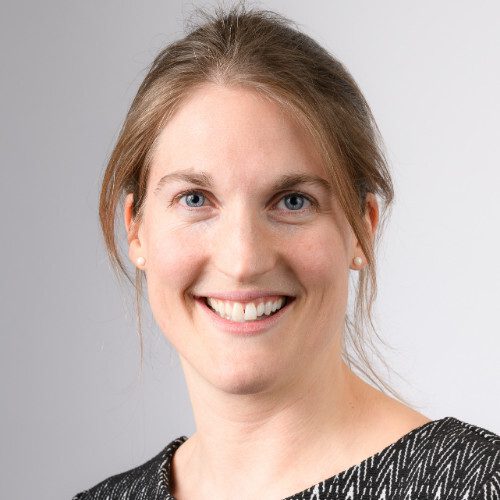 Sebag-Montefiore also believes that an agenda to manage the meeting is crucial. All meetings must also end with the action points agreed – and these must be circulated with attendees and relevant parties.

Future of work lead at Deloitte Ryan Hopkins and Sloane agrees, and the summary must show clearly who is responsible, as well as ask for feedback about how to run meetings better in future. 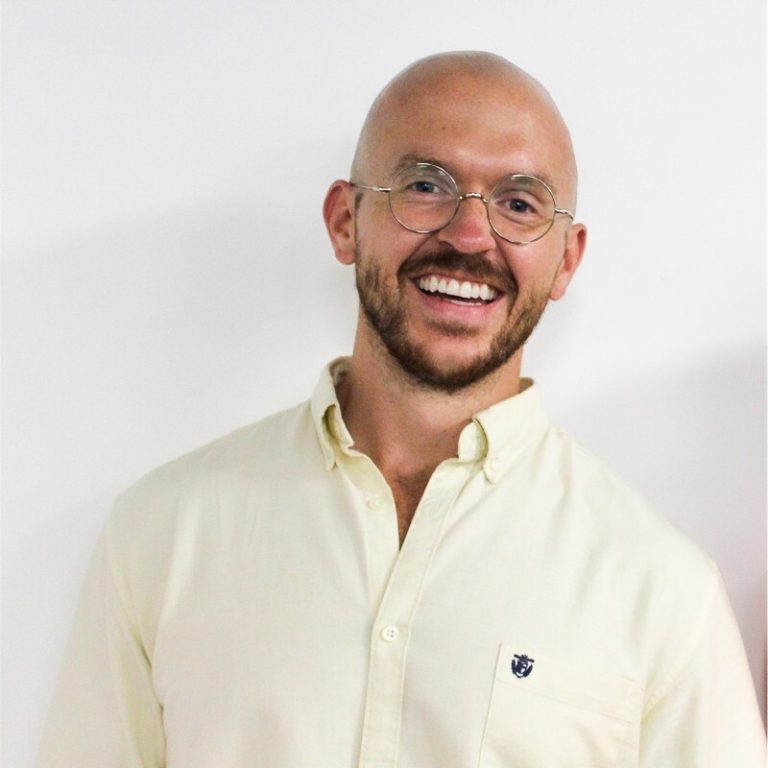 Setting a time limit on the meeting is also crucial to combating meeting fatigue – Blažaitienė says that no meeting should last longer than 25 minutes, because the Pomodoro productivity method shows this is people’s optimal length of focus time.

If a meeting must be longer than 25 minutes, then it is crucial that it has a break.

PhotoAiD’s head of people Karolina Kijowska tells UNLEASH: “Meetings can be mentally taxing and sitting in a chair for an extended time can be uncomfortable.

“Taking breaks during meeting can help alleviate these issues and improve productivity in several ways.”

It can also help attendees think about what has been discussed, and “help them come back to the meeting more engaged, alert, and ready to contribute”, adds Kijowska. 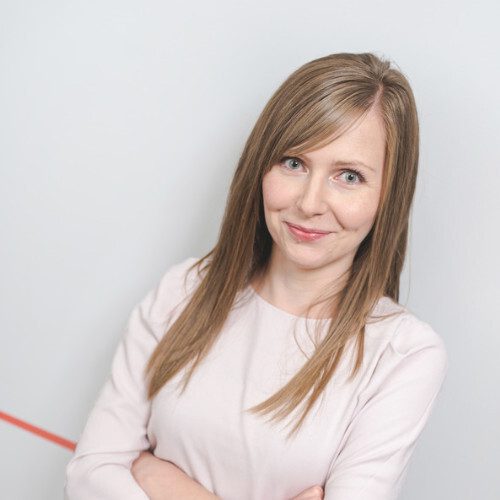 Use tech to make meetings engaging

Ultimately, the issue with meeting fatigue is that a lot of calls could have been an email or a message on Slack, or Microsoft Teams etc. This is something that HP’s Irish and Deloitte’s Hopkins note.

But often a meeting does need to happen, and although the methods mentioned above may help meeting fatigue, they only go so far in making meetings actually engaging. 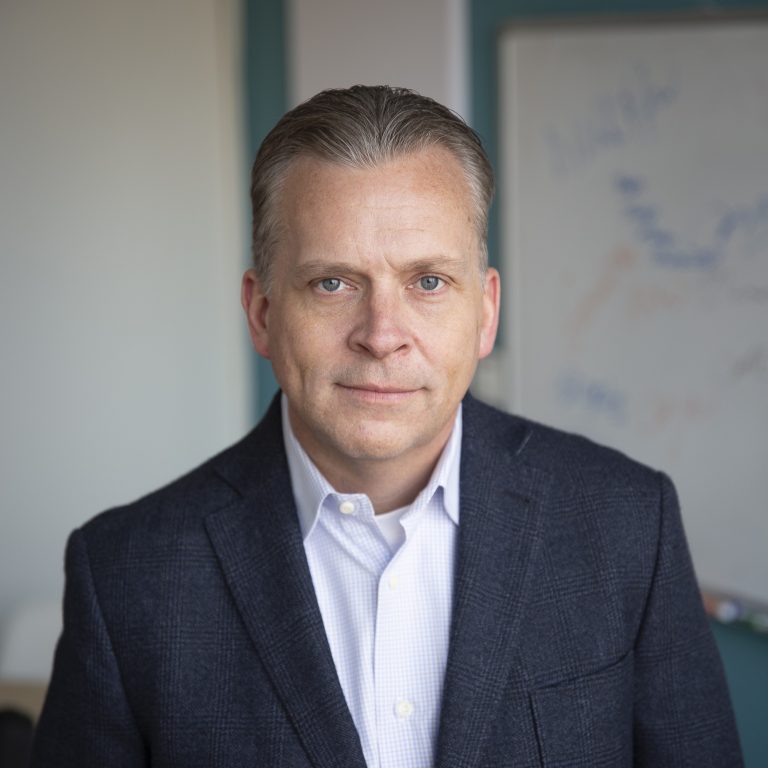 Employees will participate and give their full selves to meetings (and the decisions made) when they are stimulated. One innovative solution could be virtual reality and the metaverse.

Weishaupt comments that Owl Labs’ research shows that “27% of office workers would be keen to adopt the office metaverse, while 18% are open to working in virtual reality”.

Recent research by Meta confirms this. Of 2,000 leaders surveyed in the UK and the UK, just 19% felt present in video meetings and 69% wanted more immersive meetings. 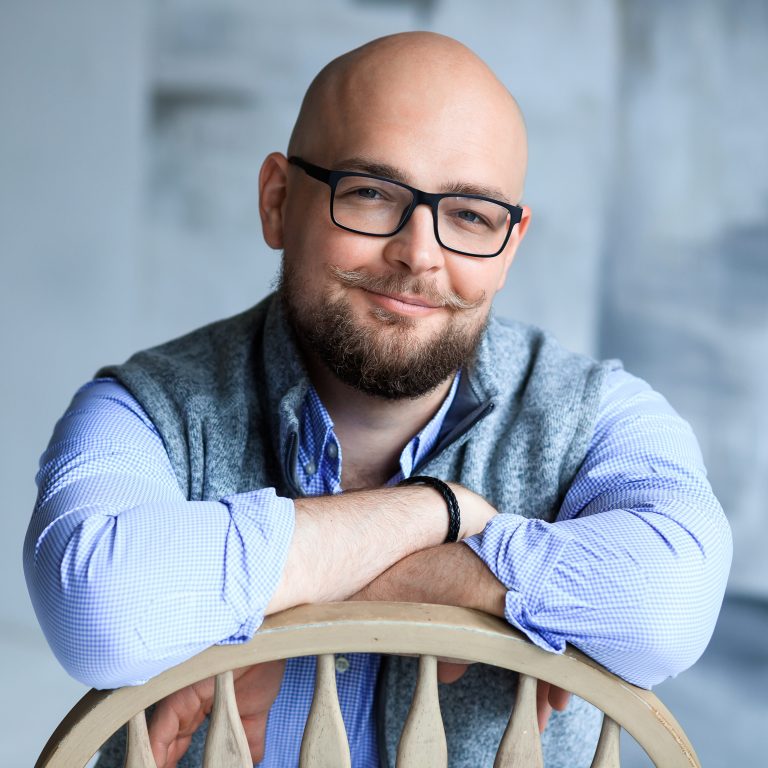 “The metaverse is the most engaging format for work cooperate today.”

Thank you to our experts for sharing their views on how to address fatigue, and create best-in-class meeting experiences.

Of course, this is general advice. For HR leaders trying to figure out what to implement and how, HP’s Irish notes they should take inspiration from others like Shopify but also listen to employees about what is the best option for them and their workflows.