Is VR the answer to a productive and inclusive workplace?

A seamless way to do business?

AR and VR are key players in building inclusive workplaces.

AR and VR could be the key to collaboration in the distributed workforce.

You’ve probably seen someone wearing virtual reality goggles, tried them on yourself, or even used them when fighting zombies on your PlayStation. Virtual reality has started blowing up as an industry and PwC has recently forecasted its potential to boost GDP globally by up to $1.5 trillion by 2030.

Most of the excitement has been in video games so far. But virtual reality (VR), and its less-talked-about cousin augmented reality (AR), are starting to have a major impact on the office and marketplace as well.

Here’s how to understand the difference between the two: Virtual reality takes the reality you experience and replaces it with something else — like walking on the surface of Mars. AR augments what is already there. Together AR and VR are known as extended reality (XR).

Virtual reality started blowing up as an industry and pwc has recently forecasted its potential to boost GDP globally by up to $1.5 trillion by 2030.

Interactivity instead of just observation

It’s one thing to describe something to colleagues or an audience. It’s quite another to put them right into that world and let them interact with it. VR experiences that play back on a headset at an event or presentation, or even a management-led training session, are an easy way to get someone’s undivided attention, because it’s fully immersive. That leads to more intense, engaged discussions after the headsets come off.

Surgeons use AR to place an overlay on a patient’s body so they can see the location of the problem area before ever reaching for a scalpel. Walmart offers shoppers a virtual tour to see how furniture would look at their home without ever stepping into the store. And you can do a walk-around of a new car in your own driveway without ever visiting the showroom.

More accessibility for all

VR also holds the potential to better integrate people with disabilities into the workplace. For those with limited sight or hearing, AR and VR can expand their ability to communicate, gather and share information. Text-to-speech and speech-to-text technology is already here, but there is often a time buffer or other logistical barrier to contemporaneous exchanges.

Now imagine a deaf worker sitting in a meeting as the speech of co-workers is instantly translated into text she can read, or she can type comments and have that input spoken for her.  Most of the buzz for VR and AR tends to focus on the visual plane, but audio holds just as much potential for business applications.

Most of the buzz for VR and AR tends to focus on the visual plane, but audio holds just as much potential for business applications.

Even for people without sensory limitations, XR holds vast potential. Very soon it will be normal to be able to feel like you’re sitting in a boardroom talking to other people, except you might actually be at your kitchen table and all of your colleagues are represented as holograms.

Take airline pilot training, which traditionally has been accomplished using very large and expensive flight simulation rooms. Now those are being phased out in favor of cheaper, portable VR solutions. Not only will it cost less, but new pilots can take to the air with far more simulated flight hours.

Cordless VR headsets have already been introduced to the marketplace, opening up a range of possibilities for untethered communication and interaction. With coming advances in wearable or implanted tech, today’s workforce of deskless professionals, from field engineers to warehouse inventory managers, will find it easier to do their jobs from myriad locations.

AR-augmented workplaces directly affect not only the general productivity, but also their ability to collaborate in real time with team members all over the world. It’s just a more seamless way to do business. 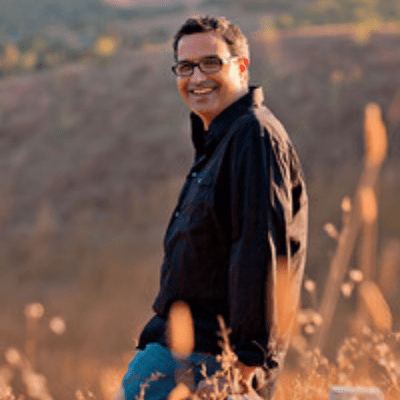 George is an HR leader and tech executive, turned market analyst and advisor, focussed on users and developers of HR technology.