How to harness the rise in job sharing

Job sharing has the potential to be a leveler of workplace gender equality, but current statistics tell a different tale. So what’s holding it back?

Half of women believe taking maternity leave has negatively affected their career progression.

Meanwhile, 17% of women leave employment soon after having children, compared to just 4% of men.

Despite this, the WEF claims job sharing is the key to economic transformation.

The World Economic Forum (WEF) may have hit the nail on the head in its recent paper, where it identified job sharing as an ‘investible pathway towards economic transformation’, to boost gender equality, and get more diverse representation higher up company ranks.

How? Well, there are a range of statistics which paint a picture of the relationship between women, having children and career progression.

Around half of UK women believe taking maternity leave has harmed their career progression, according to a new study by researchers at London’s South Bank University.

This is amplified by research from the Association of British Insurers which shows having children means, long term, women earn 20% less than men.

Meanwhile, 17% of women leave employment in the five years following childbirth, compared to just 4% of men, according to a 2019 study by the universities of Bristol and Essex in the UK.

Those women are three times more likely to return to a lower-paid or lower-responsibility role than those who don’t take a break.

“This loss in work experience, and in particular full-time work experience, is an important part of the explanation for the gender pay gap and suggests women still suffer economically as a result of taking on childcare responsibilities,” University of Bristol’s Professor Susan Harkness said at the time.

Companies must think beyond return-to-work policies and consider what post-return progression looks like, the researchers collectively recommended.

But with just 31% of global senior management roles being held by women in 2021, what more can be done?

Job sharing, as the WEF highlights, allows a full-time position to be occupied by two people. They both work part-time hours, which can suit their personal situations, but are less likely to experience the constraints of part-time roles.

There’s sufficient capacity to do the job, as well as to consider new projects and be put forward for promotion as a partnership – often challenges that come with traditional part-time positions.

Half of Fortune 100’s Best Companies to Work For now offer job sharing, up 15% on the previous year – recognizing this as a way to help women progress their careers after having children.

Reasons range from job-share contracts being written as part-time so they don’t always show up in data, to job shares tending to be more candidate driven rather than company initiated; as hiring managers and leadership often have the perception that job sharing is complicated.

“It’s mostly the stigma connected to a deep-rooted professional norm that a role has to be held in a full-time capacity by one person.

“There’s also a fear that two people doing one role would be more work for the manager and the team around them,” believes Nichola Johnson-Marshall. She shares the role of head of external communications for the Open Banking Implementation Entity (OBIE) with Sherelle Folkes.

“I’ve found the opposite is true. When two people are in a role they are self-sufficient in keeping up to speed, as it’s in their self-interest and own motivation to do so.”

Both work three days a week, for different reasons. While Johnson-Marshall is a parent to a school-aged child, she also runs a career coaching consultancy. Folkes is a single working parent whose search for part-time roles yielded little that reflected her 20 years of experience, and ended up burnt out by full-time work.

Johnson-Marshall and Folkes have one overlap day on which they both attend essential meetings, before dividing and conquering discrete workstreams they’ve agreed on, updated in a rolling Google Doc. While they have separate contracts, they are remunerated equally and their performance is managed as one.

“We see ourselves as a seamless unit, which offers more continuity than two part-time people perhaps working disjointedly. So I think this is something we’re going to see really start to evolve,” adds Folkes.

Selling the benefits of job sharing

The arrangement enabled these working parents to perform at a full-time level in part-time hours, which Williams-Chadwick initially pursued after having children. She found achieving everything required was unrealistic.

“The key to getting more companies to buy into job sharing is to sell the benefits: double the ideas, experience, skillset and energy, and half the risk,” state the pair, who use Google Workspace and a shared Trello board.

“If the desire to support flexible working is present within the company, then the tech is there to support that – but the mindset has to come first,” they add.

A perfect time for job sharing

The evolution of workplace tech tools, and a more open mindset towards how roles are structured, should mean we’re on the cusp of a golden age of job sharing, argues Sophie Smallwood, co-founder and co-CEO of job-share partner matching platform Roleshare.

Roleshare was inspired by Smallwood’s own experience of wanting to job share after finishing maternity leave from her corporate role in 2018. She encountered challenges when trying to find the right partner.

Firstly, ‘discovery’ – matching people to people and to shareable jobs.

Then ‘preparedness’ – job-share partners collaboratively establishing their rules of engagement and a joint vision for their work.

And finally, ‘working together’ – leveraging the right technology platforms that enable what Smallwood describes as “full visibility and distributed work”.

“Communication tools had to evolve to where they are today to make this the right time to share jobs. The boom in tools like Workplace by Facebook, Teams by Microsoft, Slack, Zoom, Calendly, monday.com and OS365 make it possible for remote, hybrid, distributed teams to work together,” Smallwood elaborates.

“These same technologies make it possible for people to share work seamlessly, helping create visibility between job sharers but also for wider stakeholders.”

It’s likely the discovery element Smallwood references is the most challenging for both companies and professionals.

That’s where tech has the biggest role to play, in terms of matching sites like Roleshare taking the pressure off candidates and businesses.

For example, Roleshare helped source two co-executive directors for an HIV non-profit organization, and has recently advertised job shares like a head of talent attraction at a hotel group, and product marketing manager at an SME financing company.

Candidates can apply via the site and then use it to find their job-share match, or find their match first and apply to vacancies as a partnership.

“Once companies and candidates realize finding matches and jobs to share are possible with Roleshare, they then move to operational questions around the actual logistics of job sharing, which we have lots of resources to help with,” says Smallwood.

But niche sites like Roleshare could be missing out on talent who might not have considered job sharing, points out Sally Holden, whose position as head of media for learning disability charity Mencap is a job share.

“When looking for my original job share partner’s maternity replacement, we went down standard recruitment routes because we didn’t want to limit ourselves to job-share sites or tools, in case we missed someone who was skilled in our field but hadn’t thought of job sharing before,” Holden explains.

“I don’t think enough people are necessarily seeking it out.”

This is why the OBIE’s Johnson-Marshall believes all positions should be advertised with the possibility of job sharing.

She cites the insurer Zurich as a progressive company, becoming the first in the UK to advertise all vacancies with the options of part-time, job share or generally flexible.

The numbers speak for themselves. Combined with the use of gender-neutral language, the shift led to nearly 20% more women applying for management roles. The number of women hired in senior positions increased by a third.

It’s not clear how many of these were job shares, but Zurich’s research highlighted that the previous lack of apparent flexibility made women less likely to apply. Part-time staff also felt less disadvantaged and a greater sense of belonging to the organization.

Perhaps it will inspire more companies to do so, too. 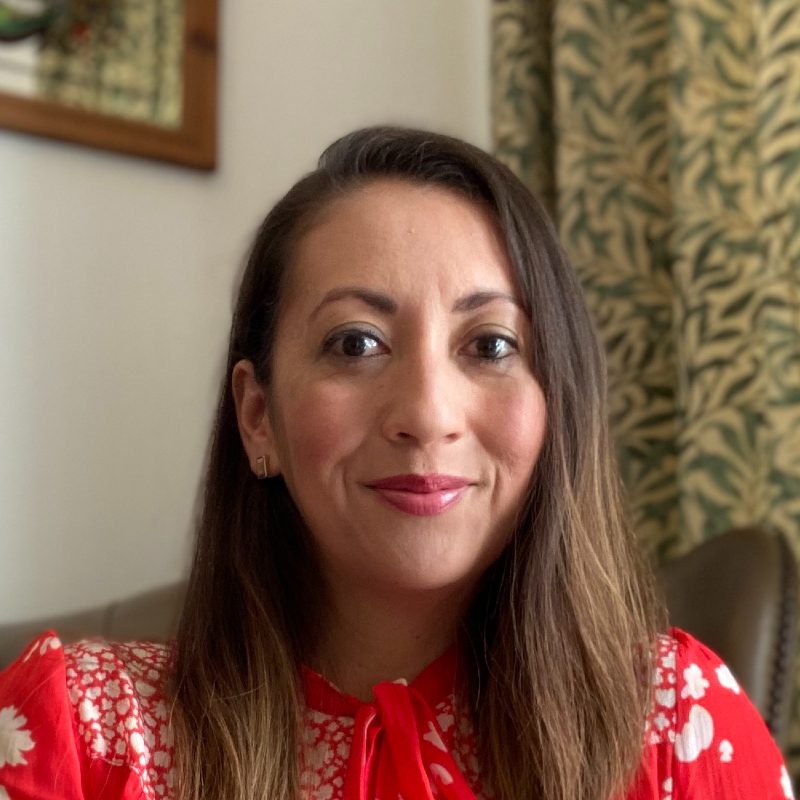