Peter Hinssen on the future of leadership (and lessons from Walmart)

The future of leadership is here — here’s what you need to know.

'10x engineers' are hyper-talented programmers and capable of extraordinary productivity gains and being 10 times more productive.

Steve Jobs handpicked the original development team that created the Macintosh out of an all-star group of '10x engineers.'

You can find that same phenomenon, mythical or not, in the domain of leadership today, says Peter Hinssen.

There is a tenacious myth in the world of software development about the concept of the ’10x engineer’.

These hyper-talented programmers are supposed to be more than 10 times as productive in writing code than the average software developer.

The original article that describes this phenomenon already dates from the end of the sixties, and has since then been completely debunked academically because of its faulty statistics — but the myth has lived on for more than five decades.

Recent studies vary in their numbers – ranging between a factor of 4x to even 28x more productive — but none of them are conclusive.

I myself am a true believer since I’ve been able to observe the phenomena in my own startups, and in the ones that I’ve invested in.

The late Steve Jobs was an absolute die-hard disciple: he handpicked the original development team that created the Macintosh out of an all-star group of ’10x engineers’.

These ’10x engineers’ might be absolutely brilliant programmers and capable of extraordinary productivity gains, but they are also quite often huge jackasses: Einzelgängers and loners who are bad at communicating and collaborating because they find their colleagues inferior.

You probably don’t want to populate your middle of the road IT department with ’10x-ers’, but they are extremely valuable when you need to finish a software product on time, when the pressure is high and the deadline looming.

You can find that same phenomenon, mythical or not, in the domain of leadership. I firmly believe there are individuals that are capable of transforming organizations, that are 10x more effective than ‘normal’ leaders.

These ’10x leaders’ are definitely not Einzelgängers or loners. They are those who can achieve fantastic results because they are surrounded by the right environment, can build exceptional teams, and know-how to invigorate their network of employees and customers.

Surely, leaders like Elon Musk at Tesla and SpaceX, and Sheryl Sandberg at Facebook fit the picture of a ’10x leader’, but they had the luxury of developing their stellar unicorns from ‘scratch’.

However, if you want to radically transform a traditional company, in dire need of a far-reaching transformation, then you need a ’10x leader’ to turn it into a Phoenix.

One of my favorite Phoenixes in the world of business today is Walmart.

This company was founded in the sixties and has since then become the largest company in the world with more than 2.5 million employees.

It is the largest traditional retailer on the planet, with more than 5000 supermarkets in the US alone. And it has completely re-invented itself for the 21st century over the last couple of years, becoming one of the clear winners of the pandemic because of its combination of traditional retail and burgeoning e-commerce.

And they have a ’10x’ leader: Doug McMillon who has been its CEO since 2014. Doug has worked his entire professional life at Walmart, even starting out as a summer associate unloading trucks when he was in high school. He rose through the ranks and when he took the reins in 2014, he became the fifth CEO in the history of the company.

When Doug became the top dog, Walmart was very much still the old style retailer. Under his leadership, it blossomed into a Phoenix, re-inventing itself for the age of e-commerce, and has become one of the most prominent players tackling the future of retail.

Walmart is a firm believer in ‘vertical’ leadership development. It’s not enough to be very good in your focus area, and your expertise, you need to grow, develop and look ‘outside’ of your personal silos and learn to develop your skills to see the bigger picture.

Before Doug McMillon became CEO, he was the head of Walmart International from 2009 to 2013.

Walmart International is active in places like Brazil, India, and China, and I firmly believe this opened the eyes and mind of the future CEO.

Seeing how retail was transforming as a result of digital innovation in China, with radically new business models and completely new delivery methods, he took those insights with him when he became CEO.

It’s only logical to point at Musk and see a brilliant maverick create a Unicorn from scratch.

But for me, it’s much more breath-taking to see someone like Doug transform the largest company in the world, and change the course of such a big oil tanker towards becoming a shining Phoenix in the world of retail.

An avalanche of business opportunities

Now that vaccines are starting to kick in around the world, we will see an avalanche of business opportunities worldwide.

The next years won’t get any calmer. On the contrary, we will have to go full throttle in the coming decade. Globalization is being reinvented in front of our very eyes and we will have to become smarter, fairer, and greener.

Technological innovation has been kicked into high gear by COVID, and consumer behaviour patterns will be permanently changed in a post-pandemic world. Volatility and transformation will be the new normal and resilience and agility the magical words. Companies will need to challenge themselves faster than ever, and dare to reinvent themselves constantly.

The traditional ‘plus’ manager that focuses on incremental change is perfectly fine in times of predictable growth. But in the Never Normal time that is ahead of us, companies will need what I like to call ‘delta’ managers, who dare, can and will focus on radical change. I believe we will need more ’10x leaders’: a new generation of leaders that are truly adapted to the tempo-changes and fast spurts of the 21s century economic reality.

Peter Hinssen is keynoting UNLEASH World 2022, the world’s HR conference and expo, this October. Don’t miss out on his unique and unforgettable presentations – book today. 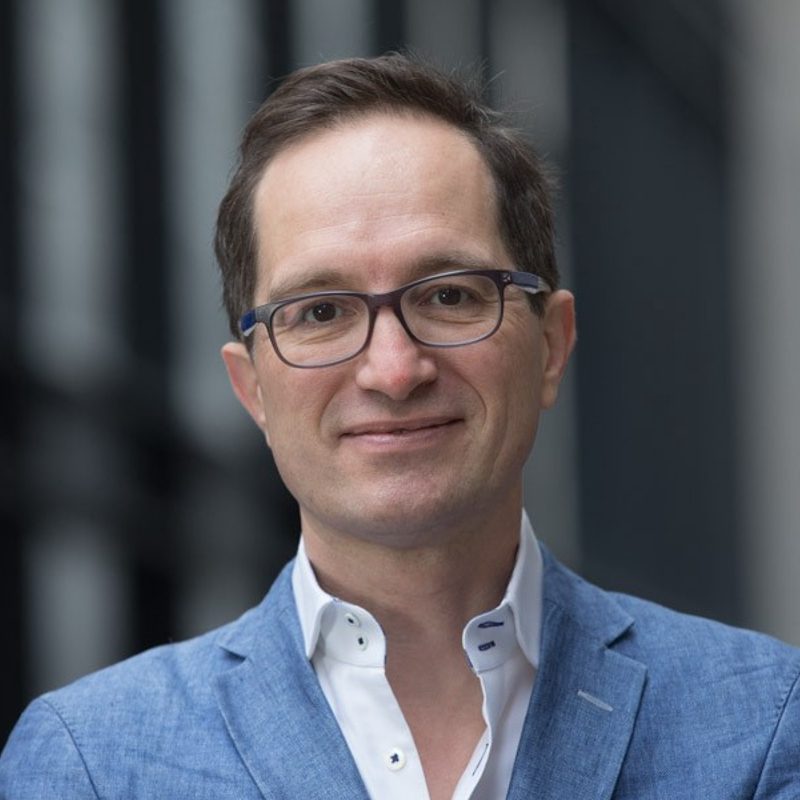 Partner at nexxworks, inspiring organisations to act on their Day After Tomorrow.