Allianz on broadening the definition of learning

Heather Duttweiler, head of global programs at AllianzU, spoke at UNLEASH World back in October.

We caught up with her after her session to find out more about learning and development at the finance giant.

Here's why its time to rethink what constitutes learning, especially in a retention crisis.

Just seven years ago, Allianz had more than 20 different learning management systems across the group’s 65 entities in 70 countries – a global learning product was missing.

Then in 2016, everything changed; Allianz created AllianzU as its “global home for learning” for its 155,000 employees, which Heather Duttweiler, head of AllianzU global programs, shares in an exclusive interview at UNLEASH World.

AllianzU may be a corporate university, but that doesn’t mean “we are controlling all the learning in Allianz”. Instead, AllianzU is more of a brand with dedicated team to help “orient Allianz’s employees on where [to] go for their learning, no matter which entity or country they’re in”.

For Duttweiler, the beauty of having a centralized hub is it allows Allianz to create a “global strategy” and it means everyone has the same learning experience. It also helps connect people to Allianz’s purpose: ‘We secure your future’.

Of course, Allianz didn’t stop innovating with the rollout of AllianzU, it continued to look for additional solutions to the organization’s and employee’s learning needs.

Its first partner was LinkedIn Learning, which was rolled out to employees in 2018. The roll-out took just three months, which is impressive as this global scale of learning platform was so new to Allianz.

Then, in early 2020, when the pandemic hit, Allianz was in the middle of rolling out learning experience platform (LXP) Degreed. Despite the COVID-19 challenges, Allianz continued with the roll-out and actually accelerated the implementation.

“Originally we wanted to do a pilot for six months with about 40,000 employees”, but “by May 2020, we knew we were going to roll it out to everybody, and we were only three months into the pilot”, explains Duttweiler.

It was the right tool at the right time for Allianz – Duttweiler notes that at this point in Europe, and particularly Germany, “we still had a very heavy focus on classroom training, so being able to quickly pivot to digital offers was critical”. Degreed further helps the AllianzU team push the right content to the right people with the help of artificial intelligence.

The LXP also helps with Allianz’s global learning hub concept. “One big thing with the implementation of Degreed was also that people could learn from each other”, explains Duttweiler. “We have a lot of experts and incredible expertise across the group”, but sometimes it is hard to know who is an expert in what “because they sit in another country or another entity”.

Ultimately, the idea was Degreed would provide “global experiences to learn not just from the content, but from each other. That was critical for us”.

From learning to development

While Duttweiler was the project lead for the implementation of LinkedIn Learning and Degreed, she has since changed roles slightly. 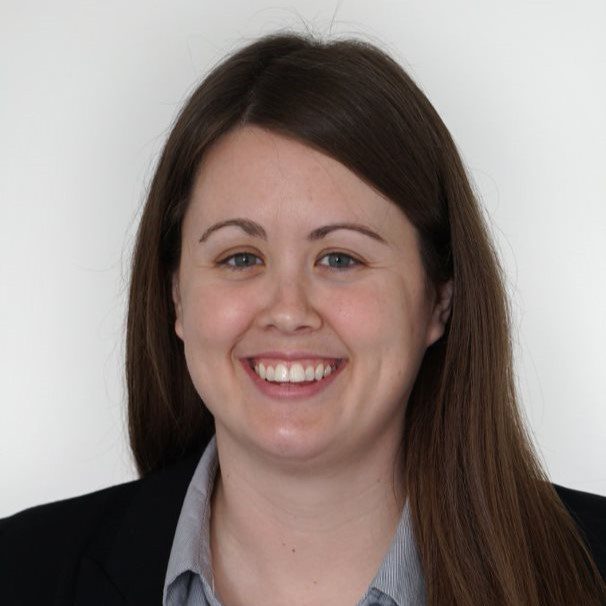 As head of global programs within AllianzU, she has moved away from learning technology and is now focused on Allianz’s global development initiatives and strategic workforce planning. Of course, learning and development go hand-in-hand.

Some examples of development programs in place at Allianz include #learn, “a global learning initiative for all employees” and the company’s first ever groupwide leadership development initiative #lead Passport.

#lead Passport is the “license to lead in Allianz” that must be completed by anyone with at least two direct reports; at the end of 2021, 14,000 leaders at Allianz had completed the passport.

Another noteworthy example is Allianz’s #sheleads program, which recently won an award from Rise & Lead for balanced leadership.

“In giving this recognition, Rise & Lead aims to inspire organizations and the executives who lead them across Europe and beyond, that intentional efforts can drive meaningful progress towards diversity and equality.”

UNLEASH was therefore keen to find out more from Duttweiler about the #sheleads program. It’s been around for 10 years (and has been through a few rebrands), but it was created because Germany introduced gender quotas for leadership roles at large companies in 2015.

“We continued it over the years because we just had incredible feedback on it [and] the return on investment was astounding,” notes Duttweiler.

The statistics speak for themselves. Since 2015, the number of women in Allianz’s top executive cluster has increased from 16.6% to 24.9%. 62% of women at this level are program alumni. In addition, at the next level down, senior executives who report into the board, female representation has grown from 18.5% in 2015 to 25.6% today. 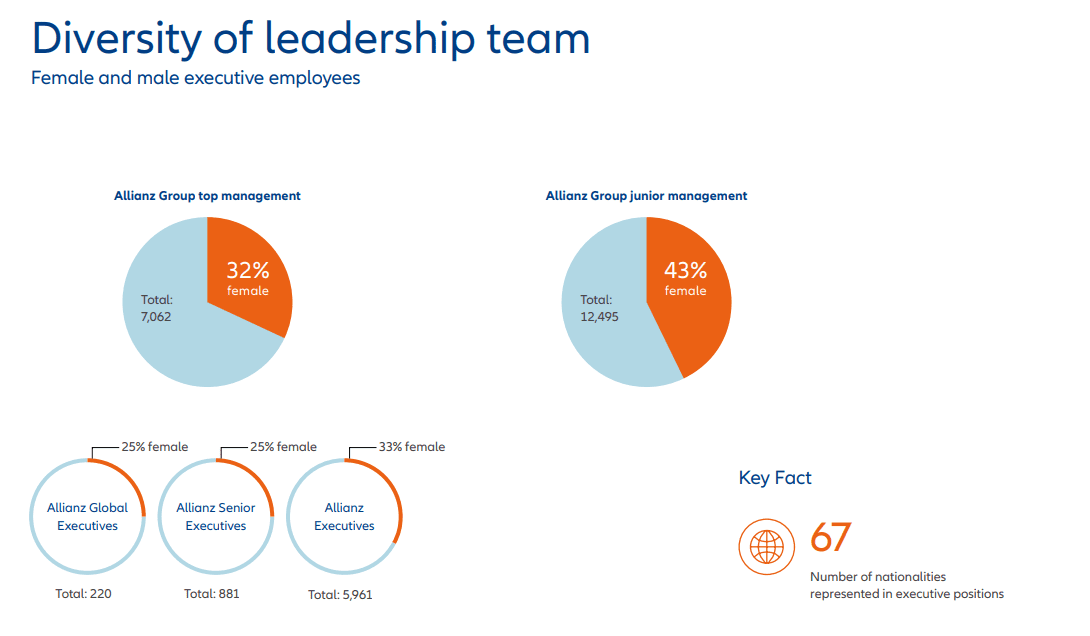 The program is available to women who “are ready to make their next step – it could be lateral (a move to another country or function), or it could be vertical”.

Then they are matched up with a sponsor who “really supports them in figuring what the next move is”, and “opens the door for them, makes connections for them”.

There have been many successful career moves as a result of the program, but Duttweiler shares a recent example of someone being appointed head of office for a board member after her CV was forwarded by her sponsor.

The commitment from sponsors is key to the success of the program, and thankfully Allianz has no problem getting people to participate “because they really enjoy the relationships that they develop with the sponsoree”, according to Duttweiler.

She continues: “It is also a learning experience [the sponsors]. They start to learn what it means to be a mentor, to be a sponsor. They develop their coaching skills”.

“There is an element of leadership at Allianz where people feel compelled to open doors for people the way that doors were opened for them. #sheleads is part of that”.

Having learning and development (L&D) programs and technology in place are an essential first step, but they are only useful to the organization if employees actually have time to learn.

So, UNLEASH was keen to find out how Duttweiler and her team has created a learning culture at Allianz.

“It is about getting people to broaden their perspective on what learning is,” explains Duttweiler. “Learning is not just sitting in a classroom anymore, we try to broaden the definition.”

She continues: “You are actually learning all the time; when you’re scrolling LinkedIn, and you click on that article and you read it, that is also learning. The podcast you listen to is also learning”.

But then “it is about being active in that process and noticing that you are learning”. It is crucial to reflect, and think: What did I learn? How will I use it? – “it’s not for us to report on, it’s for them to look back and see” how much they invested in themselves.

“Let’s build curiosity”, and think about learning more organically and holistically – it is not just about learning job-relevant skills, but also personal development.

“Meredith [Wellard from Deutsche Post DHL] made a great comment [at UNLEASH World]: if they want to learn underwater basket weaving, they can…We don’t care”.

Clearly, Allianz’s approach is working as AllianzU, LinkedIn Learning and Degreed all have impressive uptake. For instance, according to Allianz’s 2021 People Fact Book, at the end of that year, Degreed had more than 52,000 active users and 547,000 items have been viewed.

In addition, 48% of Allianz employees were registered on LinkedIn Learning, and they had completed 196,000 hours of training. This puts the Allianz in the top quartile of companies using LinkedIn Learning for workplace training, and Duttweiler attributes some of that to Allianz encouraging personal, as well as professional, development.

Duttweiler shares that Degreed already has a 62% activation rate, and Allianz data shows that more than 540,000 items have been viewed.

Allianz also encourages employees to take an hour a week to learn – and each entity has a different approach. Examples include informal ‘brown bag’ sessions every week that people can choose to attend if they are interested or sending out calendar blockers so that learning is “a scheduled part of the day to [help] dedicate time to that”.

While “every employee globally is guaranteed one hour a week for learning”, “there is no official limit. Learning time is working for us. You need to learn, but learning is part of your job; it’s not something you do just in your own time”, concludes Duttweiler.

The extension focus on L&D is putting Allianz in good stead in the ‘Great Resignation’ – the 2021 People Fact Book stated the employer hired almost 10,000 more people in 2021 than in 2019, and its turnover rate dropped from 16% in 2019 to 15% in 2021. Are there any learnings here that could help you drive change in your organization?