Low code is the future of HR tech

This is according to new research by ServiceNow.

Only half of employees are satisfied with their HR tech tools, according to research from ServiceNow.

Employees are taking matters into their own hands with low code capabilities.

This is how HR tech vendors must respond.

HR tech has been the savior of the pandemic. Without the likes of communication platforms like Microsoft Teams, Slack and Zoom, it would have been almost impossible for teams to collaborate and stay connected during the healthcare crisis.

However, HR tech is not perfect. Many of the tools that are used are “not actually fit for purpose”; they don’t “replicate the experience that an organization is looking to give its employees”, ServiceNow’s UK&I HR director Katie Whitehouse tells UNLEASH.

“They can be difficult to use, clunky, inefficient”, and they often don’t integrate together seamlessly.

Therefore, it is no surprise that a ServiceNow survey of 1,500 UK workers found that only 52% were satisfied with their current HR tech tools. 46% described them as easy to use and enabled greater efficiency at work.

However, the same proportion said that the current tools took time of their day, 36% did not fulfill their purpose, 29% were difficult to use and 27% were unnecessary but senior management expected them to use the tools.

Other studies have found similar frustrations with HR tech tools. A Beezy study found that 61% of employees were not satisfied with their tools – this was because they are buggy, unreliable and didn’t integrate with other tools.

58% noted the tools hindered their productivity, while 54% said they struggled to follow workflows using software tools.

HR tech and the ‘Great Resignation’

These stats make it clear that something urgently needs to be done to improve HR tech tools, and align their capabilities with employee needs.

This is especially the case given employers across the world are grappling with extreme talent and skills shortages – this trend has been dubbed the ‘Great Resignation’.

Employee experience is playing a major role in the labor shortages. Employees are voting with their feet and quitting jobs where they do not feel valued, where their career development is not prioritized and they are not being allowed to work in the location they like.

“Tech needs to work for people” and “it provides the experience the organization is trying to create” – that is how to retain talent, according to Whitehouse.

“I truly believe that the ‘Great Resignation’ is about how people are treated during the pandemic. Was there a human-centric approach? Was it me and my family first, or was it the company?”, she asks.

Can it be a coincidence that ServiceNow, a HR tech company itself that leverages its own and other vendors’ solutions, was named the best place to work in the UK by Glassdoor?

“Our philosophy is living your best life, doing your best work and fulfilling yours and ServiceNow’s purpose”.

However, Whitehouse is clear that ServiceNow is proud of its achievement in the UK, but “we are very humble”. It will continue to innovate and ensure that “we keep improving for our employees”.

Low code as the solution?

While it is clear that “we’ve still got more work to do” around HR tech and employee experience, what can employees and companies do?

26% of workers told ServiceNow that HR urgently needs investment in new apps in order to improve internal processes. But, what should they invest in? 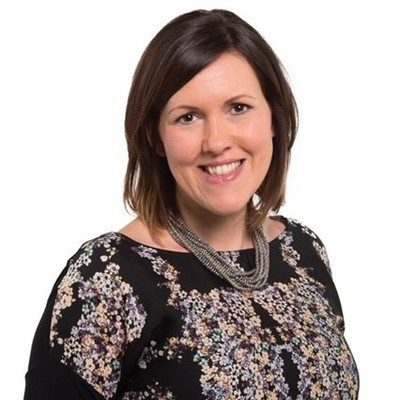 ServiceNow’s study finds that employees are keen to have access to low code apps that allow them to adapt and build their own HR tech. Two thirds would prefer their employer created or built an app for them – this is because they felt their views would be considered (46%).

While 33% would take on the responsibility of building the HR tech app themselves – 39% believe doing so would help them be more productive at work, 38% think they could build something relevant to their role and 36% said it would make their jobs simpler and easier.

“They are in a much better position to create a really powerful, unified app experience across the whole enterprise system on a single platform”, explains Whitehouse.

Although there was excitement about the theory of low code apps, is this a practical solution?

29% of workers told ServiceNow that designing a HR tech app sounded complex, and 28% did not think they were sufficiently creative. However, 53% said they would be keen to give it a go if they had more than minimum coding knowledge.

But, according to Whitehouse, this represents a misconception of low code capabilities.

“Anyone can develop an app”, including employees that “don’t necessarily have technical programming expertise”. “They can quickly and efficiently build applications on those low code platforms”, but these tools are then sophisticated enough to actually solve problems within their businesses.

“The great thing about low code is that it requires very little training”, according to Whitehouse.

Another misunderstanding is that “the concept of low code inhibits collaboration, when in reality, it’s the opposite,” according to Jordi Ferrer, UK&I VP & GM at ServiceNow. “This indicates a lack of awareness on the benefits they bring to businesses”, adds Whitehouse.

In fact, “investing in the low code area is a really cost effective and forward-thinking way to remain resilient and increase productivity in the workplace”.

“The benefit with low code is you don’t have to do is spend 1000s of pounds hiring, training an army of developers. A single endeavor could cost you up to $500,000, but this could be something fewer developers could accomplish at a much lower cost”, according to Whitehouse.

This employee interest in low code and the fact it is becoming “mainstream”, in the words of Whitehouse, could be a concern to HR tech vendors who make their money from providing tools to companies.

Could they become obsolete if employers and their employees start building their own apps? There are already concerns about this since the likes of Amazon and Walmart are keen to build their own HR tech, rather than rely on external vendors.

So UNLEASH asked Whitehouse what HR tech vendors need to do to stay relevant.

She is clear that there is still a place for vendors. One of the challenges with low code is around compliance and regulation. Low code tools “may lack certain oversight, which could lead to challenges with security, integration, compliance. We’ve got to be quite prudent about what we use it for.”

“At ServiceNow, we still have Workday as our human capital management (HCM) system, but we have apps that interface with that.” So the HCM, which holds a large amount of employees’ personal data, needs to be provided by a vendor, “but the apps that interface is where we put the low code opportunities”. Examples include wellbeing and physical health apps, social event apps and travel booking products, according to ServiceNow’s research.

She adds that “vendors bring a lot of expertise to the table”, but it is really important they listen and collaborate with employers and teams about what is working and what isn’t with their HR tech tools.

Vendors really need to “tune into [employer’s] thinking” about low code. Whitehouse adds that “ServiceNow is committed to advancing our low code capabilities as part of our core platform innovation”.

The future of work is going to be different from the past, and HR tech needs to be ready to adapt to the new demands of the global workforce.

HR tech vendors will thrive if they stay innovative, but this innovation must respond to the pain and challenges of their customers: employers and their staff.