Case is an entrepreneur turned investor.

Steve Case, co-founder of AOL, knows a thing or two about how to be a successful tech entrepreneur.

For Case, the team and passion is everything.

What is the future of innovation for Case?

Steve Case is an American entrepreneur best known for being CEO and chairman of AOL, the first technology company to go public. 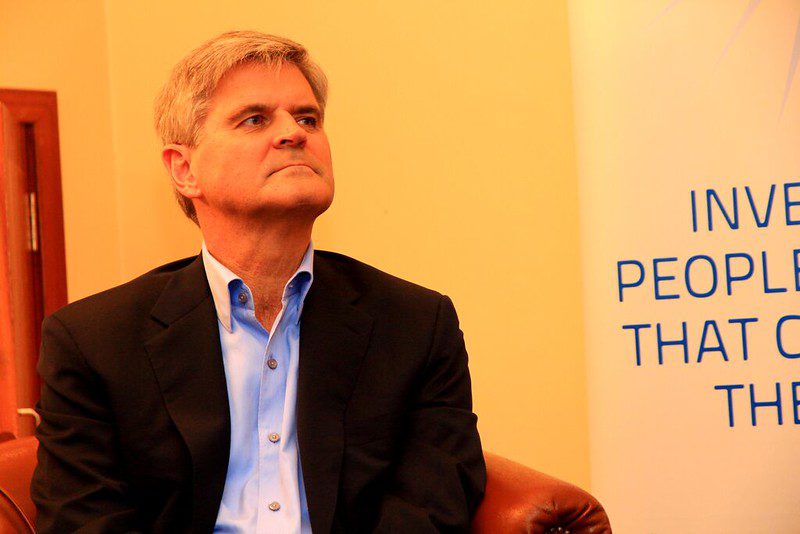 Since his retirement from AOL in 2003, Case has been working as an investor into early and growth stage startups through his own VC fund, Revolution.

Case recently spoke out about the need for hiring the right team for entrepreneurial success, and highlighted an important message about why equal opportunities in hiring is key.

Case is very clear “if you have the right team, anything is possible”, because each member of the team brings something special and crucial to the business’ success.

He explained that whenever he talks to founders and entrepreneurs about their startup, he doesn’t just focus on the idea.

He also spends time talking to them about their team and ensuring they recognize that the team will need to change and adapt over time as the company grows.

He added that “a really great CEO would wake up in the morning and would have nothing to do” because they have really empowered the team and made them invest in the company.

A big red flag for him is when founders looking for investment say they have no competitors in the space.

To him, this just suggests that either the idea is bad, the founder hasn’t properly researched the area or competitors, or they are lying.

Instead, Case is always keen on startups and entrepreneurs that talk about strategic partnerships and networking as this is essential to success in his opinion. Success doesn’t happen in siloes.

Case also told Forbes that founders and entrepreneurs need to have resilience and perseverance. He reflected on how difficult it is to startup a company and how AOL almost went under a few times.

Therefore, he advised that they must have a genuine passion for their idea and their team, they must believe that their idea is a battle worth fighting and be keen to prove any doubters wrong. Passion could be the difference between success and failure.

Ultimately, passion then helps companies to attract the right talent who are engaged in the mission. It also helps them to retain talent when things get hard because the CEO can unite them back around the mission and company values.

Case’s focus on the ‘Rise of the rest’

Since leaving AOL in the early 2000s, Case has been focusing on investing in startups that are not based in California, New York and Massachusetts.

As a result, with Revolution and his foundation he has supported entrepreneurship outside of the Silicon Valley through ‘Rise of the Rest’ road trips and seed funds.

This is linked to Case’s view that the future of innovation in the US is not in the Silicon Valley. He noted that more and more companies are growing and becoming valuable outside of those three states and “the pandemic has been an accelerant” of the trend.

With the rise of remote working, there is no need for individuals to move to the East or West coast. Also, more and more people are using the pandemic “as an opportunity to reassess their lives” and think about where they want to live or work.

While Case admitted that many of those who have moved back to middle America are still working for Silicon Valley or New York-headquartered companies, he believes that now they will become embedded more in their local communities and innovation scenes.

This means that if they decide to leave their employer and start a company, they may do it locally.

Ultimately, the silver lining of COVID-19 has been the ‘Rise of the Rest’ phenomenon, which is excellent for communities that have been left behind.

This, in turn, creates more equal opportunities across the US – which is essential for job creation necessary for economic recovery – and gives everyone “a shot at the American dream” and access to funding.

Enabling communities across the US to rise and thrive, and creating hope for the future, will help to heal some wounds and re-unite the US, according to Case.