How will the tech giant’s employees react?

COVID-19 has once again scuppered Apple's return to the office plans.

Will Apple ever start its official hybrid working policy?

While some tech giants like Twitter and Facebook made it clear that they would allow long-term, full-time remote working in the future, Apple, alongside Google, has been keen to get its workers back to the office three days a week.

Now Apple has delayed its return to the office indefinitely – this is the fifth delay as it pushed back re-opening from September to October to January to February – and is linked with surging COVID-19 cases linked with the new Omicron variant, which is believed to be four times as transmissible as previous COVID-19 variants.

According to Our World in Data, yesterday (15 December) there were more than 736,000 COVID-19 globally; this is up from 437,000 on 15 October. It is currently unclear how many of these can be attributed to the Omicron variant, but there is a significant wave of cases linked to this new version of COVID-19. 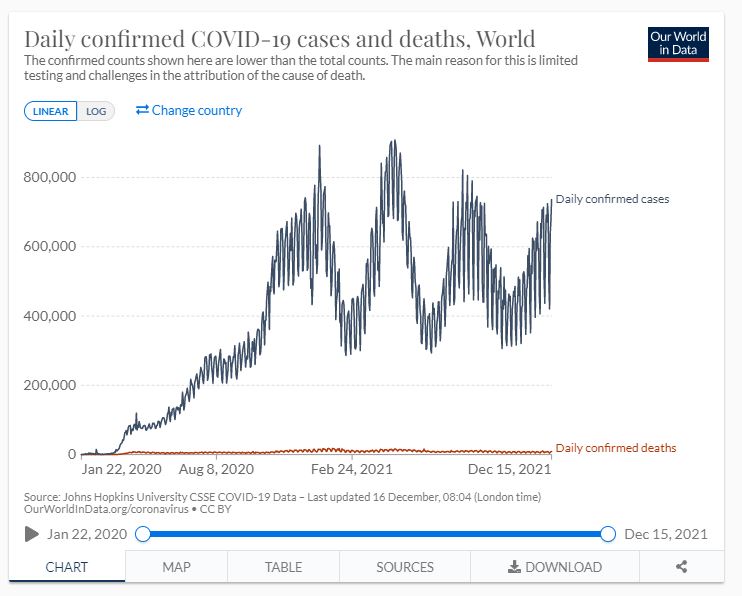 This decision was explained to employees in a memo from Apple CEO Tim Cook. According to Bloomberg, he wrote: “We are delaying the start of our hybrid work pilot to a date yet to be determined.

“Our offices remain open and many of our colleagues are coming in regularly, including our teams in Greater China and elsewhere.”

“As we look forward to more of our teams being together again, we will continue to make decisions based on local conditions,” he continued. Cook told employees they would get at least four weeks’ notice of when they would be expected to return to the office.

Cook also used the opportunity to announce Apple would be providing a $1,000 bonus to all employees, including those who work in its retail stores, for their home office. This is “in support of our commitment to a more flexible environment.”

It is unclear why Apple is only introducing this type of bonus almost two years into the pandemic.

This announcement from Cook comes just a few days after the US Labor Department announced it would investigate Apple’s workplace for discrimination and retaliation.

Apple employees and the office

It is likely that this announcement will be welcomed by many Apple employees who have been unhappy about the tech giant’s decision to force them to return to the office on Mondays, Tuesdays, and Thursdays.

Ever since Apple first announced plans to return to the office in September, a cadre of the tech giant’s workers have been pushing back.

In an internal memo seen by The Verge, the employees wrote: “We would like to take the opportunity to communicate a growing concern among our colleagues. That Apple’s remote/location-flexible work policy, and the communication around it, have already forced some of our colleagues to quit.

“Without the inclusivity that flexibility brings, many of us feel we have to choose between either a combination of our families, our well-being, and being empowered to do our best work, or being a part of Apple.

“This is a decision none of us take lightly, and a decision many would prefer not to have to make. These concerns are largely what prompted us to advocate for changes to these policies, and data collected will reflect those concerns.”