All Turtles’ Phil Libin on how distributed work is the future

For Libin, distributed work is different from working remotely or from home.

Phil Libin is well-known for co-founding Evernote in the 2000s.

After a stint as an investor, Libin returned to the product side of HR tech by launching a studio All Turtles.

Here is why the HR tech entrepreneur believes flexibility and choice is important for the now and the future.

As a child, Phil Libin never thought he would be an entrepreneur; “I just assumed I would be an engineer or something”, he tells UNLEASH.

But he has created five companies, “because [being an founder] seemed more interesting than working other jobs”.

Libin’s third startup was Evernote, a well-known note taking app, which he founded co-founded in 2008. Evernote was built on the back of learnings from the first two – Engine Five and Core Street – and was about not focusing on the needs of customers, but what the founders would want out of this kind of tool.

“We made a list of what we wanted, and we came to the conclusion that we liked being productive – and we didn’t think the productivity tools had changed in 30 years,” notes Libin. It particularly urgent as in the late 2000s smartphones were starting to emerge, and none of the existing tech, like Microsoft Office, was optimized for that.

After stepping away from Evernote in 2016 and having a one-year dalliance on the other side as a VC, Libin came back into the founder side by launching All Turtles with two fellow entrepreneurs in 2017.

But what is the aim of All Turtles? It a product studio that focuses on solving problems in the two areas “that we thought were changing the most – the future of health and the future of work”. 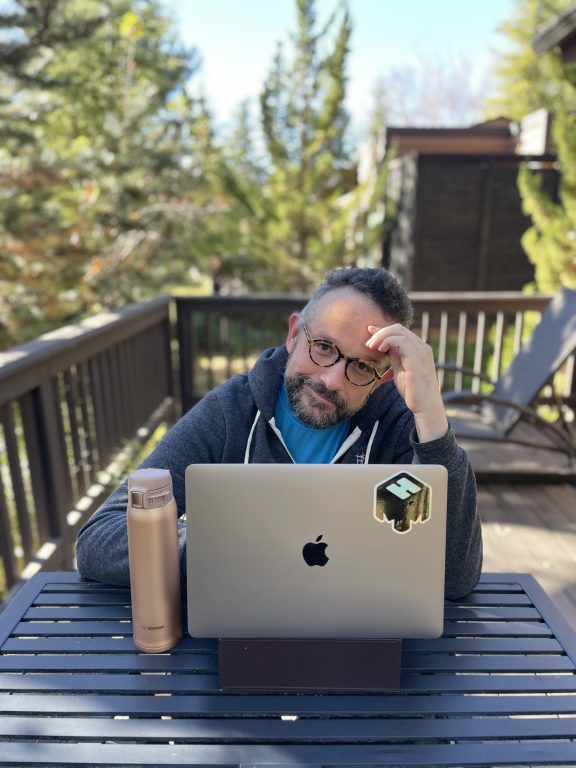 Phil Libin, co-founder and CEO of All Turtles.

Then when COVID-19 came along, Libin says the team were “fortunate” that they had gotten a couple of years ahead in things about the two things disrupted most by the pandemic – health and work.

Democratizing tech investment with All Turtles

All Turtles also came out of Libin’s learnings during his time as a VC.

While Libin is very candid that he wasn’t right for the investment world – “I wasn’t a very good VC. I didn’t enjoy trying to pick winners or deciding what people should do with their idea; I was much more interested in what I could do with an idea, but as a VC you don’t get to do that: you don’t evaluate ideas, you evaluate founders” – it taught him a lot.

He did some “envelope math”, as he terms it, and figures out that were six factors that determined how likely a particular entrepreneur was to get a top tier Series A investment from Silicon Valley VCs. “If you were a white or South Asian male between the ages of 21 and 27 with a computer degree from Stanford and you still live within 50 miles of Stanford”.

If you had all six of these then you had a good chance of getting a good Series A round; “basically, I never saw a deal that didn’t have at least four of those six conditions”.

“I felt this was just too limiting. There were so many brilliant people in the world” who didn’t meet this criteria.

So, instead, All Turtles aims to “create a model that’s different” – it is a studio that focuses on attracting “Mozart-level smart” entrepreneurs, engineers and designers making really good products no matter their background.

The goal of All Turtles is not to build startups, but “to build a good product”. “Success for us doesn’t look like we spat out a startup that raised some money. Success is in making good products that makes life a little bit better”, according to Libin.

This is where the importance of the name comes in. All Turtles is a reference to ‘Turtles all the way down’, a Hindu apocryphal story about world creation where the earth stands on the back of a giant elephant, which stands on the bank of a turtle.

Because Evernote’s logo is an elephant, Libin’s next company had to have the “next foundational animal: the turtle”.

The idea is that whatever the startup builds – its successes – were because it was “standing on the shoulders of the people who came before us” and that, in turn, these products will support the people who come next, according to Libin.

Examples of products All Turtles is currently working is Carrot, a fertility benefits startups for employees that recently closed a $75 million Series C, a company culture-focused product called Disco and using AI chatbots to improve the reporting of harassment and discrimination through a startup called Spot.

“It started off as a joke”

One of the products within All Turtles’ studio that Libin is involved in directly with is called mmhmm. He currently acts as its CEO alongside his job as All Turtles’ CEO and co-founder.

Mmhmm aims to make video meetings more fun with custom effects, backgrounds and animations – Libin actually used a few during his interview with UNLEASH – and it is compatible with almost every video conferencing software used by employees globally.

“It started off as a joke”, notes Libin, and was linked with just how boring the day-to-day became during the first 2020 lockdown. “All the meetings sucked – they weren’t effective and it was just lame, so we started googing around trying to make people laugh a bit in internal meetings”.

But then Libin showed it to a few friends, who all said, “this is great, this is a real product” – then it started to snowball and so All Turtles launched the product and startup in May 2020. Now, less than 18 months later, the startup has raised more than $100 million in funding, including a Series B round led by Softbank in July 2021.

As the product developed and attracted investment, All Turtles and Libin became to realize that making meetings more fun wasn’t just “making the best out of a bad situation” in the short term. Actually, mmhmm has long-term value as video is going to be an important method of communication going forward in the hybrid future of work.

Therefore, Libin is clear that the future is bright for mmhmm – it is becoming a freestanding company and aims to grow its team from 75 to 100 people before the end of 2021.

Distributed working is the future

Linked with All Turtles’ mission to be inclusive and attract founders no matter where they are in the world, the All Turtles and Mmhmm teams are entirely distributed.

“We are never going back to the office, because it’d be idiotic for knowledge workers”, notes Libin. “I think the fully distributed lifestyle is much healthier, has better results and is more productive”.

He believes that the previous idea that employees paid out of their own pocket to commute for hours every day to and from the office to then work a monolithic block at the same time “makes no sense and is very industrial age thinking”.

Therefore, Libin emphasized that for All Turtles distributed working is not working from home.

“It is working from wherever the best environment is”; that may be home for some people, but others may want to work from a library, a museum or a café.

It is also different from remote working “as that means someone else is in an office”, according to Libin, and you might be being left out of what is happening there.

Libin himself has taken the motto to heart and has moved to Bentonville, Arkansas – “I have never had the opportunity to think about where I wanted to live before, in the past, it was always completely about the job.” He personally mixes up his work between a local museum and his home office.

Be intentional with distributed work

But Libin is clear that companies must ensure that distributed working is actually possible for everyone, not just CEOs like himself.

“If you are doing [distributed work] wrong, then it is worse” for things like employee wellbeing, work life balance and burnout. “Instead focus on the superpowers and the massive advantages” of distributed working, and be intentional in what you are doing.

To find a balance, All Turtles has re-allocated the money it would have spent on an office space to employees.

“We give everyone $800 a month on top of their paycheck specifically to spend on creating a healthy and productive work environment”; for example, that could be a membership to a private club, a co-working space or a library.

Importantly to Libin, “we are not looking at distributed work as a way to work for cheap. We are happy to have the same budgets as we had before – and even increase them sometimes – if it results in more productivity, which it absolutely does”.

As part of this, All Turtles employees work asynchronously. “I don’t care the hours that people work. If you want to set up your day where or tours in the middle of the day you can go swimming or hang out with your kids”, then that is fine in his book.

Another benefit of distributed working is All Turtles can hire from anywhere in the world. “Every single job posting we have is global. We never put a geographic limit on work.”

As a result of the clear pros of distributed work to Libin, he believes that the world will never go back to the way it once was – no matter what some employers may desire.

“Distributed work is transforming the world for the better” (of course, only with the help of HR tech tools, and will do so very rapidly over the next decade, but only if it is implemented properly and intentionally.