How lessons from ‘Undercover Boss’ can help improve employee experiences

The show proves that bosses showing they care about their employees is good for business.

Why is empathy important in the workplace?

And why are employee ideas essential in the success of a company?

Winner of two Emmy-Awards in the US, the TV series ‘Undercover Boss’ first aired on British TV in 2009.

More than ten years later, the US version of the show is just about to start its eleventh season and regional editions can be found in more than 30 countries.

From NASCAR and TGI Fridays to Yankee Candle and 7-Eleven, the show has featured some big global brands and well-known CEOs.

I think that this popular TV show teaches you almost everything you need to know about running a successful business and being a great employer. It starts with showing us the need to be more empathetic at work.

For decades, experts have claimed that for any product to be successful, it had to follow empathy as a design principle.

To deliver a great customer experience, product designers must ‘walk a mile’ in the shoes of their customers.

Some of the world’s most successful organisations like Apple and Amazon empathize with their customers to deliver great experiences.

Steve Jobs’ design thinking was driven by putting customers’ needs over that of the organisation, and Jeff Bezos’ four principles begin with ‘customer obsession’.

What happens when those same leaders apply that empathy to the way they design employee experiences? What happens we become obsessed with our employees and what they need?

Thanks to the return of ‘Undercover Boss’ to British TV this year, we can see how important empathetic leadership is to a successful business and it starts with getting to know our people better.

We must get to know our people better

If there is one consistent feature of Undercover Boss, it’s that most CEOs are so far removed from their people that when the see how difficult life is for their employees, they almost always end up crying.

The show gives leaders the opportunity to see what the job is like on the ground – and while they often struggle with walking in their people’s shoes, it always gives them the emotional jolt they need to make a change.

“You never really know a man until you understand things from his point of view, until you climb into his skin and walk around in it”, wrote Harper Lee in To Kill a Mockingbird.

The level of detachment between CEOs, their people and the realization of how damaging that has been is the most obvious theme that exists in every season of ‘Undercover Boss’ around the world.

In the latest episode of the newly launched UK version of the show, ‘Undercover Big Boss’, Euro Foods’ CEO Shelim Hussain is reduced to tears when one of his employees tells him they don’t feel valued.

Similarly, the season’s opening episode saw Wyldecrest Parks‘ founder and chairman, Alfie Best, break down in the face of the realization that he has ‘neglected’ his employees.

Collectively, these three men run businesses worth almost $400 million, but become emotional wrecks after spending just one day with their employees.

In every episode of the new UK season so far, the bosses are shocked and surprised at some of the decisions their company have made that created challenging environments for their people.

The reasons why? Because no-one ever took the time to ask the employees what they wanted or needed, or even involved them in any decisions that will affect them.

In episode three of the new UK TV series, Pickfords is found to have closed one depot and opened a temporary one in a very busy, narrow industrial estate with no break room or running water and a just portable toilet for employees to use.

It’s an unbelievable oversight that left the employees so upset and despondent they refused to be filmed for the episode.

While the managing director breaks from his disguise to try to fix the problems, it’s a clear example of a decision made with no consideration for the humans at the end of it.

For as long as I’ve been watching the UK and US series, I’ve been amazed at the innovation and capability of employees in almost every business.

Why we side-line many of our most experienced people when we make decisions blows my mind.

In the face of pay cuts, poor benefits packages and difficult working conditions, employees continue to find better ways of working. They create time saving processes and go out of their way to better support customers.

In almost every episode, there are employees who despite being mistreated by the company, still want to do the best they can.

Imagine what they could do for these organizations if they were engaged and happy? The power of your people’s ideas should never be underestimated.

The modern leader must stay closer to the front line. While they don’t have to work on the ‘shop floor’ every day, having more regular dialogue and feedback with those teams doing the job will save a lot of time and money.

Frontline employees often have the best ideas. We need to give them our trust so they can give us their ideas.

Senior executives are often so far removed from the day to day running of the business that until they see processes for themselves, they don’t believe some problems exist.

Another common theme in many episodes of ‘Undercover Boss’ is that the tools we expect employees to use are often not fit for purpose. It’s only when the boss uses the new booking system or cash desk that they realize how inadequate the technology is.

I think part of the reason we use so much poor technology in the workplace is that the buyer is very rarely the user.

I’ve worked in HR tech for 20 years and one of my first ever sales pitches included some representative employees who would be using the system. I thought this was a great idea, but I never once saw it again.

There is this assumption that people will just use whatever organizations buy, but if it’s not fit for purpose or difficult to use, employees just won’t. They will find ways around using it, which happens a lot in the TV show. Our tech buying decisions really matter.

Caring is the only way forward

The biggest lesson from ‘Undercover Boss’ is that employees live difficult and complicated lives.

They are struggling with things many of us couldn’t comprehend.

Living in poverty, dealing with challenging financial situations, poor health, and stressful home lives are commonplace on the show.

Being a leader means taking care of your people and that’s a realization many of the CEOs come to by the end of each episode.

There is now a significant volume of evidence that creating more caring workplaces isn’t just about doing the right thing, it makes business sense. You put compassion first and the profits will follow.

As well as having empathy as a design principle, the likes of Apple’s Tim Cook also have it as a rule of management.

I’ve long been a proponent of people centric businesses because I believe that caring for ourselves and other people is the only thing that has ever really mattered.

Tim Cook said in his 2017 MIT commencement address that “people will try to convince you that you should keep your empathy out of your career. Don’t accept this false premise.”

When Shelim Hussain, Mark Taylor and Alfie Best cried in their episodes of Undercover Boss UK, it was because they realized, they didn’t care enough – and I think that’s the biggest lesson this TV show has taught every boss that has taken part and everyone who watches it. 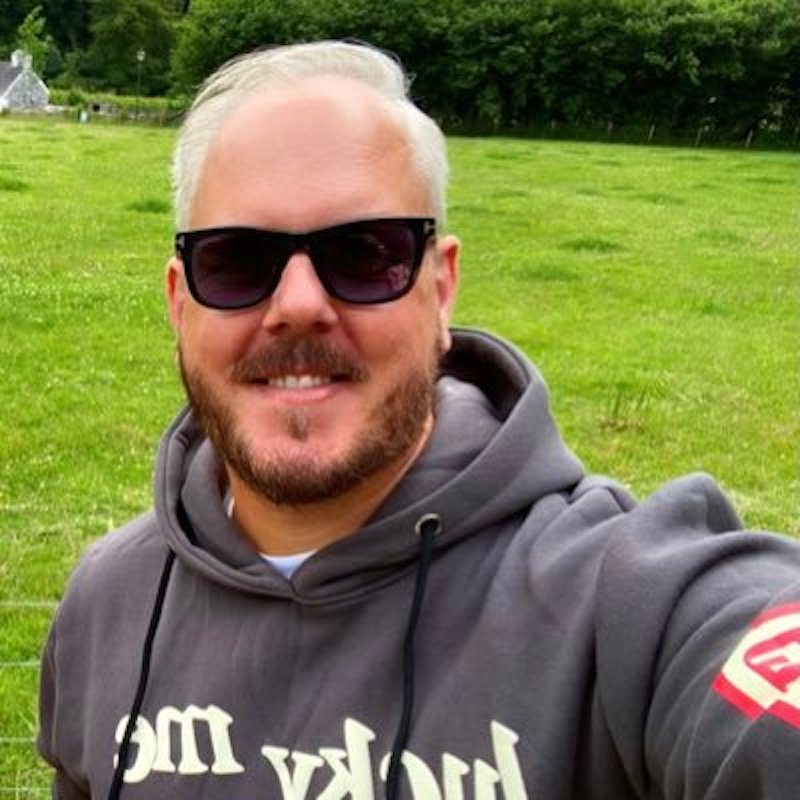 Gethin is an award-winning psychologist who has been helping some of the world’s largest organisations to improve their employee experience for 20 years.