Emerging tech: Zeeon and the Metaverse

CEO and co-founder of Zeeon, Dima Lylyk, tells UNLEASH about business in the Metaverse.

The way we attend meetings has changed during the pandemic.

But does the Metaverse allow us to be more engaged with meetings?

It has been thrilling to catch up with some of the most exciting emerging tech companies who are taking part in Veremark’s Workplace Accelerator. Our series is now coming to a close, but we intend to go out with a bang.

A lot has been said about the metaverse in recent weeks, particularly with Facebook rebranding as Meta to signal its commitment to this future of tech. UNLEASH was fortunate enough to sit down with a company that is exploring a Metaverse for virtual meetings and events, as well as co-working.

CEO and co-founder of Zeeon, Dima Lylyk, discusses with UNLEASH the mission of his company, gamification and work, as well as the logistics of having a virtual reality (VR) workplace.

What became clear, is that while this technology may sound like the premise for a sci-fi film, this technology could actually unlock the proverbial door to the future of work.

Lylyk introduces his company: “Zeeon is a metaverse for public talks and co-working.

“By metaverse, we mean a realistic virtual environment where every user is represented by an avatar that can move, that can talk to others, and can have a visual office to meet teammates.“

Additionally, users can take part in group tasks, see webinars and speakers, and go to conferences.

Lylyk summarizes: “Basically, we are replicating the offline business environment inside of a video game.”

The product is yet to be made available commercially, but it is clear why time and money is being invested in Zeeon

Lylyk notes that in his previous company he “helped our HR team to build an employer brand. I was hosting community meetups for tech people, since we were at a tech company, mostly for machine-learning engineers and data scientists.” 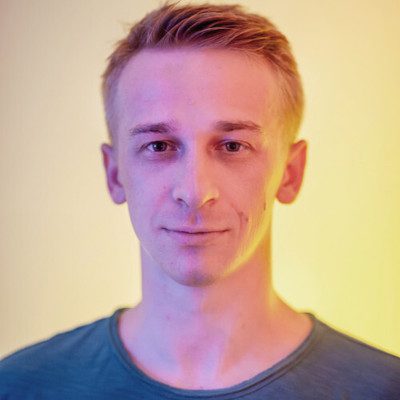 This work required hosting monthly talks with engaging speakers, while catering to audiences as part of a networking event. However, things changed with the onset of the pandemic.

“When COVID-19 hit, it became clear to me that the world was going to change and things would not go back to normal very fast. I also felt like standard video conferencing tools did not provide the feeling of being present” in the meeting or event.

“That’s how the idea of Metaverse came up as I had read Snow Crash before that, and I saw all the movies with metamorphosis. The concept was not new to me – I just felt like now it was time to jump on.”

Lylyk also explains that Facebook’s announcement of its metaverse project kickstarted people recognizing exactly what Zeeon is and its potential value.

There’s no need to jump on a wave of change if the journey won’t benefit you. However, Lylyk notes that as people investigate the benefits of Zeeon, they are beginning to realize its transformative scale.

Lylyk contextualizes Zeeon against similar tools: “They [metaverse products] build every virtual office or every corporate conference as a separate instance, which means that people do not interact with offices.

“So your company has your office and your employees on board that office. That’s all, they cannot go out and it seems like some companies prefer that.”

In terms of company values, this means that as well as “having a visual cortex where your team teams can be more engaged, where they might have water cooler chats, and some fun engagement, they can also go out.

Additionally, a location can be sent through the chat function and workers simply need to click on the link in the platform and arrive at the desired meeting within the metaverse.

Applying for jobs in the Metaverse

By creating a virtual workplace with the help of VR, issues of a lack of culture, or an exclusionary one, that have been born out of remote working and the pandemic can be addressed.

Furthermore, for event organizers, Zeeon “can recommend some attendees to them” from “records of people who work for specific companies who have an interest” and who have attended similar conferences.

This sparked a discussion about how data can be used.

Lylyk explains that if you have attended meetings, webinars, and other events, you can give this data as part of a job application.

He adds that employers can then utilize the data and find out whether a candidate networks or listens to speakers: “The beauty of all of that is that the recruiter knows that information is valid.”

On top of validating the behaviors of potential employees, Zeeon can also help in the quest to avoid hiring bias.

Lylyk notes that in the metaverse “Every person can customize an avatar. That’s a way to reduce bias.” He goes on to note that removing physical identifiers can help with bias training and allow companies to spot where they have previously made hires after a biased recruitment process.

Undoubtedly, as initiatives set out to improve diversity and inclusion become more commonplace, this element of the technology will begin to appeal to organizations.

With a clear place in the future HR technology world, Lylyk explains why Veremark’s Workplace Accelerator was important for Zeeon and its future growth.

Lylyk and Zeeon joined the accelerator because they wanted to learn more about HR tech. This was useful as Lylyk created his product from an events background.

Lylyk adds that the fact that the accelerator “realized the possibility” of Zeeon and the metaverse more generally made it an easy decision to take part.

“It was a signal for me that these guys understand what’s happening and what will be valuable. We’re excited because we are one of 4% startups [who applied to be in the accelerator] that got into the program and that’s also some type of validation that we are onto the right stuff.”

Lylyk explains: “Since we are incorporating blockchain technology,  I was thinking about play to earn or learn to earn concepts”.

“Learn to earn is very simple,” according to Lylyk. While at an event, Lylyk notes that people can be given tokens for expanding their skillset.

Equally, when it comes to initiatives, Lylyk explains workers can virtually plant trees and this effort can be translated to real-world tree planting. However, he stresses that this is not the limit for the gamification of initiatives.

Evidently, the metaverse and more specifically Zeeon tap into a lot of HR priorities. With that in mind, could fully digital workspaces become an increasingly tempting venture to employers?