Blockchain has the potential to transform hiring — but where is it falling short?

A look at how blockchain tech can help remove bias from the recruitment process.

Bias seeps into every aspect of a business, including data.

Breaking through the hype: what blockchain can and can't do.

Why are we still hearing about organizations that lack diversity in 2021? The business case for a greater mix of experiences, genders, races, and backgrounds has never been more pronounced — the more diverse and inclusive a business is, the better the results it delivers. That’s before we get to the legal perspective. Anti-discrimination legislation has become embedded into law in countless jurisdictions.

Put simply, there should be no barriers to hiring a workforce that is truly reflective of society, no matter what industry you operate in.

Yet we continue to see data and hear of experiences where that is clearly not the case. So, what is holding back the acceleration of diversity within organizations?

There are a variety of structural and cultural issues, with one in particular being the impact of unconscious bias in recruitment.

Fundamentally, we all have biases, views formed by our unique exposure to a complex mix of cultural, social, and economic experiences.

It is, ultimately, part of being human. The problem is how we allow these biases to inform decision-making, both in our personal and professional lives. They have a direct impact on our actions and, from a business perspective, can have significant consequences if left unchecked.

A good example of this is in technology. There have been several examples of what happens when biases are programmed into artificial intelligence tools, which go on to make decisions that disproportionately negatively affect certain sections of society.

And herein lies one of the biggest hurdles with AI — built-in bias. The AI system gets it wrong because the data is full of human bias – and if we don’t tackle our fundamental bias the AI will always be flawed. This can present a significant challenge for businesses — and this is why getting recruitment right is so important.

Yet to do that means tackling unconscious bias in identifying and hiring talent. This affects all professions — a Yale University study found that “both men and women science faculty were more likely to hire the male, ranked him higher in competency, and were willing to pay him $4,000 more than the woman. They were also more willing to provide mentoring to the male than to the female candidate.”

With this in mind, how do we root out unconscious bias within recruitment and ensure that it does not hinder the drive to create more inclusive technology workforces?

Part of the issue lies in the whole notion of trust and credibility. Employers need to be able to trust that candidates have the right skills and experiences, so a majority rely on accreditations from recognized institutions such as universities or governing bodies.

At the same time, they need to be able to process applications quickly and shortlist potential candidates.

This means that those individuals most likely to reach the interview and offer stage are those with experiences and learning that can fit into a standard box — a CV that lists training and previous roles.

Yet this automatically excludes a significant proportion of the population who didn’t have the opportunity to go to the right universities or schools, and who then didn’t get the right entry-level roles, and so on. It also results in employers using the same pools over and over again, which is naturally going to influence how diverse their candidate base is.

Anonymizing applications, in which identifying characteristics are removed, is often used as a means to get around the issue.

This does have restrictions; for instance, applicants to entry-level positions might have limited relevant experience. Plus, there is the issue of trusting anonymous data – how can a hiring manager be sure that a candidate did go to university, or work for a large organization if they don’t have the details of which school or what company?

So, employers need to find a way of establishing credibility while at the same time removing any unconscious bias that decision-makers might attach to gender or race.

One answer could be to use a blockchain-based solution. Data in a blockchain can be verified as true and accurate, and only shared as required.

So, for instance, a CV could be anonymized, and the data revealed as a candidate proceeds through the application process.

The hiring manager can trust the information they receive (such as the candidate attending a top university), without knowing specifics.

Personal information would only be revealed at the interview stage, ensuring that hiring managers know that their shortlist is filled with qualified applicants, while candidates know they are at that stage thanks to the strength of their application.

Blockchain-based recruitment solutions could also be used to provide other means of independent, verifiable appraisals.

For example, when hiring for technical positions in software organizations, rather than use unknowledgeable administrators to provide early-stage CV sifting, employers could use anonymous, objective environments in which to filter candidates.

Using coding tests that closely resemble what the successful applicant will be doing, businesses can evaluate candidates and determine whether they would be suited for the position. This can then be taken and used alongside other tests that look at aptitude and cultural attributes to score the candidate on suitability.

It is true that blockchain is not a silver bullet to solve all the problems of unconscious bias.

Currently, the majority of blockchain-based solutions have yet to properly scale to the level major employers need them to.

Plus, recruitment is ultimately a human-based decision; someone has to sign off on a candidate at some point.

Where there’s a person, there’s the potential for unconscious bias. So, employers looking at blockchain solutions need to be conscious that hiring managers and decision-makers will still require bias training.

What incorporating blockchain solutions into recruitment does do is minimize the risk that initial application sifts are excluding those without the ‘right’ backgrounds, while still ensuring that hiring managers can trust the anonymous data they are reviewing.

We need to have diverse employee bases; it is the only way that we can be sure that the technologies we develop will help, rather than hinder, society.

To do that, businesses need to be aware of the role of unconscious bias in recruitment and take the necessary steps to remove it where possible.

That means anonymity, but it also means trust – something that blockchain can deliver, when deployed in conjunction with other active anti-bias measures. 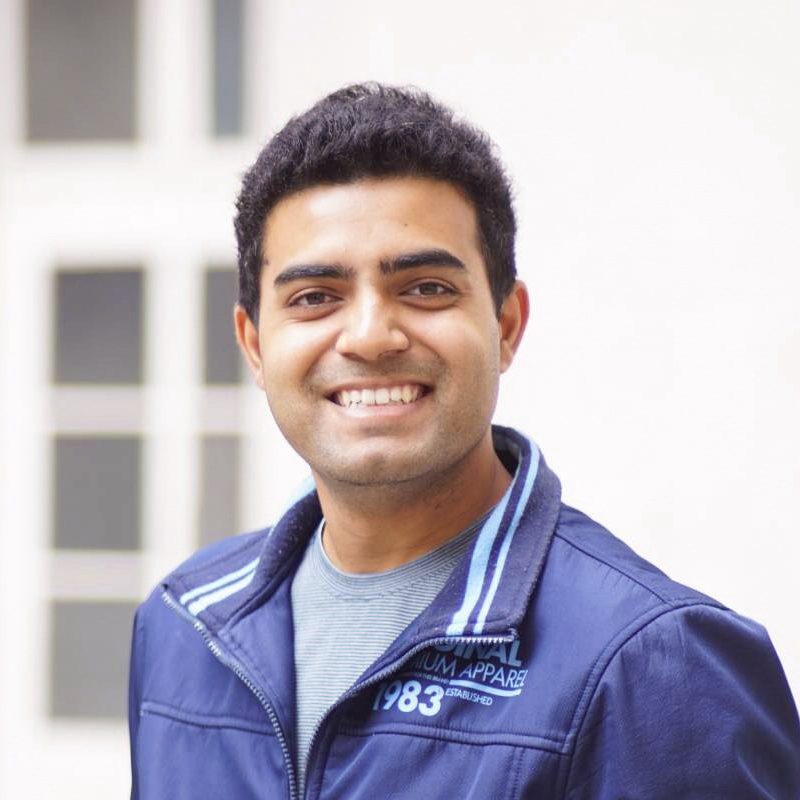 Co-Founder and CEO of Indorse, a Coding Assessment Platform.