Find out what three global employers are doing.

Russia has invaded Ukraine, and the two countries are at war.

Ukrainian workers are under siege, and they need employers to do what they can to keep them safe.

But what is the best approach? UNLEASH analyzes three companies involved.

It has been almost a month since Russian President Vladimir Putin ordered the Russian military to invade Ukraine.

The human cost of the conflict has been devastating – almost 1,000 civilians are believed to have been killed and almost 1,500 have been injured to date. Unfortunately, the war is showing no signs of letting up and just today it was announced Russian forces have kidnapped 4,000 children from two Russian-controlled Ukrainian cities.

Most of the deaths and injuries so far have been caused by “explosive weapons with a wide impact area, including shelling from heavy artillery and multiple-launch rocket systems, and missile and airstrikes,” according to the United Nations.

The Russians’ destructive invasion of Ukraine has pushed more than 3.5 million Ukrainians to flee their country and seek safety in neighboring countries like Poland, Moldova, Hungary, and Romania – as well as further afield in the UK and the US.

However, some are unable to leave, while others resolved to stay behind and fight for their country’s freedom – Ukraine has a population of more than 44 million.

In this context, many international employers with workers based in Ukraine – the country has invested in its science and tech education and therefore has a lot of highly skilled tech workers – are grappling with how to support their Ukrainian workers.

They who need to figure out how to keep them safe in an escalating conflict, as well as how to continue paying them so they are financially secure to move around if need be.

UNLEASH caught up with three tech employers with teams in Ukraine – Company Folders, Chili Piper, and Pissed Consumer – to find out more about their approaches.

It can be hard to know what approach to take, but hopefully, these stories give employers a guide of how to do best by their Ukrainian employees.

To evacuate or not to evacuate

When Putin’s Russian military invaded Ukraine on 24 February, Vladimir Gendelman, CEO and founder of US-headquartered Company Folders, “engaged the services of a former US Army colonel to advise us on military tactics, strategic targets and how to figure out where our employees might be safest.” This is something that Gendelman and Company Folders learned during the 2014 Russian invasion of Crimea. 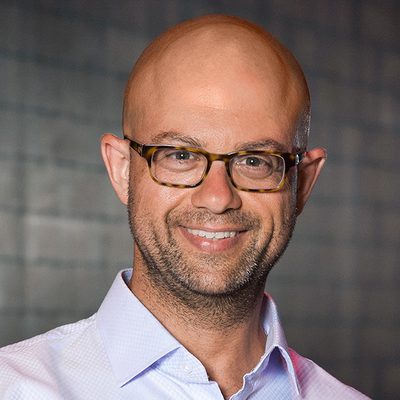 “We consider these people family; it’s my job as CEO to support everyone who works for the company”, Gendelman tells UNLEASH.

A particular challenge was that four of Company Folder’s seven Ukrainian employees were based in Kharkiv, which has been under daily shelling and Russian bombardment for the past month. Now all of those employees are out of Kharkiv; “although they’re not facing the immediate danger of shelling, they are short of all the necessities of day-to-day life” in the villages they have fled to.

Company Folders also focused on getting other workers “as far away from the fighting or strategic targets where we anticipated fighting” and even out of Ukraine altogether. Gendelman shares that one employee in Lviv managed to cross into Poland before the invasion began, while another crossed into Moldova and then into Prague with his young children.

However, Company Folders understood that some wouldn’t and couldn’t relocate. Gendelman notes that one employee is in Mykolaiv; “it’s incredibly dangerous there, but he had elderly parents who can’t travel, and he’s chosen to stay”. “We can only help, we can’t make these decisions for anyone”, notes Gendelman.

US-based tech company PissedConsumer co-founder and CEO Michael Podolsky tells UNLEASH about his “rescue plan” for Ukrainian employees (primarily based in Kharkiv) “that would allow them to quickly evacuate and move to a safe place”.

Logistically, PissedConsumer’s HR team “relied only on trustworthy resources… to help Ukrainians with relocation and evacuation”. “However, there are not many employees who decided to go outside the country.”, notes Podolsky. “I respect the choice of everyone employee on relocation during the war.”

Even those that have left Ukraine or their hometown, many “wish to go back to their home city to rebuild it once the war is over”. In fact, Podolsky shared that a number of PissedConsumer’s employees “are now fighting on the front line for Ukraine” – to support them, the company has launched a donation campaign, as well as bought body armor and drones for the Ukrainian army.

Alina Vandenberghe, co-founder and CXO of US-based meeting booking company Chili Piper, tells UNLEASH that when the war broke out “I started messaging [employees’] privately to understand if they wanted to leave the country, if they wanted help protecting their homes” – she was aware that there was no way Chili Pipe could have a one-size-fits-all solution to evacuation.

But all of Chili Piper’s eight Ukrainian employees “chose to stay and fight”; “I have not been exposed to that bravery in my life”. Vandenberghe grew up in Romania during the communist regime of Nicolae Ceaușescu – she left Romania in 2007 to go the US and founded Chili Piper with her husband in 2016.

“Employees are the most valuable asset for every business. As an employer my great concern was team safety,” notes PissedConsumer’s Podolsky. So the first thing Podolsky asked Ukrainian employees to do was “to put aside work [and] take care of their families”. 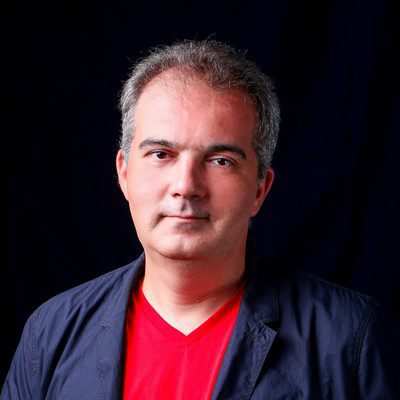 To keep Ukrainian employees connected with the broader company, “we created team chats in mobile apps and coordinated communication through top HR managers”; these chats are secure against potential Russian cyberattacks, and “employees are instructed what they can and can’t share in chats and on social media”.

Podolsky and the leadership team then stayed in contact with those managers, who then communicated updates to teams. The Ukrainian workers were also encouraged to check-in and support each other locally.

Ultimately “it was decided that employees managed their time themselves, and if they couldn’t work until settled and safe, their salary remained”. So far, PissedConsumer has had no issues paying employees, and Podolsky himself has waived his CEO salary “until the war is over” in solidarity with his Ukrainian workers.

For those who wanted to (and could) work, “PissedConsumer has set up budgetary provisions to cover transportation, bookings, renting and equipment necessary for every employee… to continue to work”; this included renting apartments and houses for them, as well as new technology if they couldn’t bring laptops with them when escaping the conflict.

Part of this funding went towards mental wellbeing support to help employees deal with the psychological trauma of the invasion.

Gendelman and Company Folders was also very concerned about employee wellbeing during the invasion.

In light of the toll on their mental health, “we have instructed them to work at their own pace, and we are paying them their full salary regardless of whether they work”.

“Right now, we just want to them to do what they need to do for themselves and their families” – plus Gendelman is aware that some are losing access to the internet and electricity as a result of the conflict. However, “what we’ve found that sometimes work is a great distraction from the war”.

Communication has also been key for Company Folders. It was aware that one line of communication may go down, so it set up multiple channels – Slack, Skype, Telegram, WhatsApp, and Facebook Messenger – “so we can maintain constant communication even if one goes down”.

“I communicate with each team member daily, often texting throughout the day” – Gendelman has encouraged his US employees to do the same.

Like PissedConsumer, Company Folders also offered financial assistance to those moving somewhere safer. Gendelman also tells UNLEASH about “salary advances in case the banking infrastructure in Ukraine failed. So far, there’s no problem, but we also created a business crypto account as a backup” – the company is relying on Coinbase.

What about Russian employees?

Chili Piper has a slightly more complicated situation to navigate around communication, wellbeing, and pay than Company Folders and PissedConsumers. This is because the company employs workers in both Ukraine and Russia. 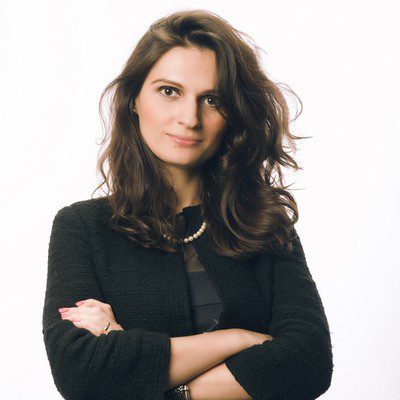 When the invasion first became a possibility, Vandenberghe got Chili Piper’s Russian and Ukrainian employees on a Zoom. There was concern that the war could disrupt the world of work at Chili Piper, especially because “there is a strong hatred in Ukraine towards Russians”.

Vandenberghe describes this as “natural” given that Russia and Ukraine are at war, and Ukrainians are frustrated by the “inaction of the Russian population”. They want the Russians to be braver and protest Putin’s war, but the Russians? are uncertain about what to do to stop the violence.

So far, Chili Piper has had no problems in paying its Ukrainian employees – and is committed to doing everything to ensure they get paid: “We’ll send a drone if we have to” – all while not expecting them to work. “They don’t have to show up for work because I don’t think one is capable of showing up when bombs are above your head, and when you have to move to a new location every few hours because you are not safe”.

However, Vandenberghe is clear that Chili Piper cannot pay its six Russian workers. “I don’t know how long that is going to last,” she tells UNLEASH.

“I have been very open from the beginning that the last thing I want to do is to disrupt lives on the Russian front with not paying their salaries. I don’t want to punish them…for actions they didn’t’ take”.

But the US, the European Union, the UK, and other Western countries have imposed sanctions on Russian banks and financial institutions to put pressure on Putin to end the war. “I have to respect the sanctions”, notes Vandenberghe. Also, “from a moral pressure, if I don’t do my part, in putting pressure on the system in Russia, I feel like I am responsible for the killing myself”.

So far Russia has responded to the economic sanctions by printing more money, as well as providing tax relief to businesses and workers. Will this be enough to prop up the Russian economy and prevent internal revolt that could end the war with Ukraine? Only time will tell; here’s hoping the war is nearing its end.

For now, the best companies can do is focus on keeping their employees safe and protected from the threat of war. Listen to their needs, and don’t expect them to work but keep paying them.