One in four workers are living paycheck to paycheck

This is according to recent US research by WTW (formerly Willis Towers Watson).

Employee financial wellbeing has declined during the pandemic.

The new challenging environment of surging inflation is not helping.

Here's why employers need to step and look after workers better.

Inflation is rising rapidly across the world – essential goods are becoming more and more expensive. In response to surging inflation in the US – which hit 8.6% in June, the US Central Bank has increased the country’s interest rate by 0.75% – the highest hike since 1994 – to a range of 1.5% to 1.75%.

Other countries have followed suit in order to ease the pressure on surging consumer prices – for example, the UK inflation rate hit 9% in April (and the Bank of England has warned it could reach 11% later in 2022), leading UK interest rates to exceed 1% for the first time since the global recession in 2008/2009.

The global economic challenges are compounded by the Ukraine crisis, which is putting pressure on gas and oil prices, as well as impacting global supply chains.

In this economic context, employees are struggling to make ends meet.

Research by WTW (former Willis Towers Watson) found that three in ten workers are struggling financially; two in five are struggling to meet their basic needs, particularly around housing (23%), healthcare (22%) and access to healthy food (19%).

Financial wellbeing benefits are a must

WTW’s research suggests that employees’ financial wellbeing has taken a dive during the pandemic.

This should be a real worry for employers given that living paycheck to paycheck had a significant impact on depression and anxiety and workplace performance.

It was also a significant cause of attrition – those living paycheck to paycheck were more likely to look for a new job, and to move for a 5% rise. 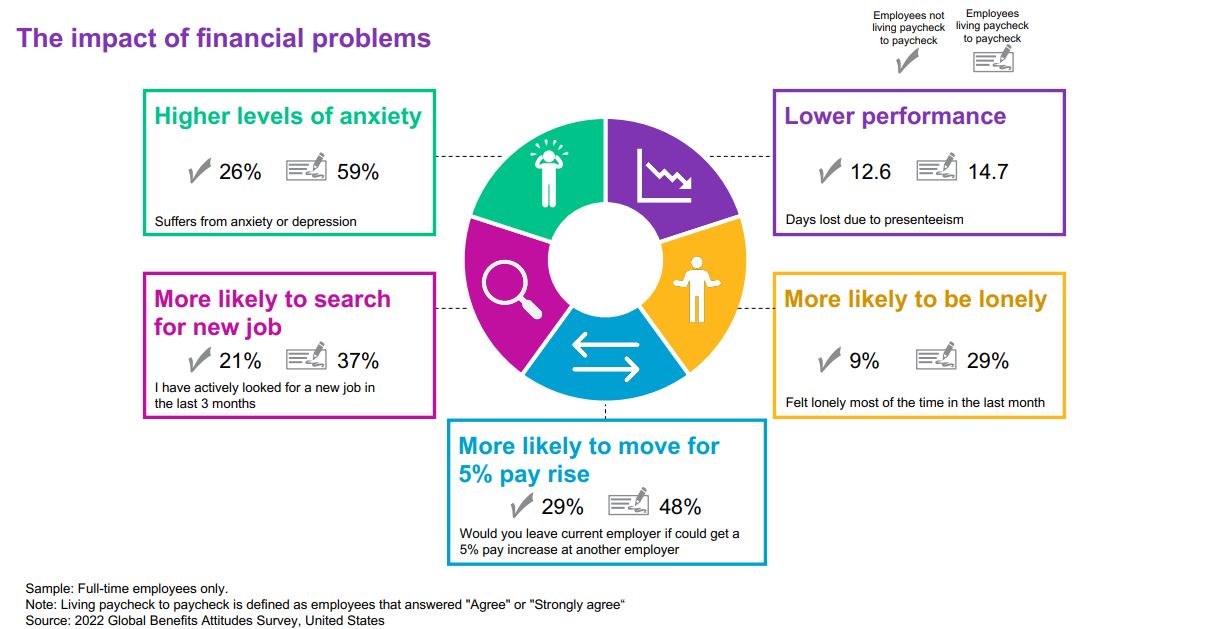 Therefore, organizations need to step up and better support their talent.

36% of respondents told WTW that employer resources helped them manage their financial wellbeing, this up from 27% in 2017.

In addition, almost half (46%) said they wanted financial wellbeing to be a core part of their employer’s benefits offerings. 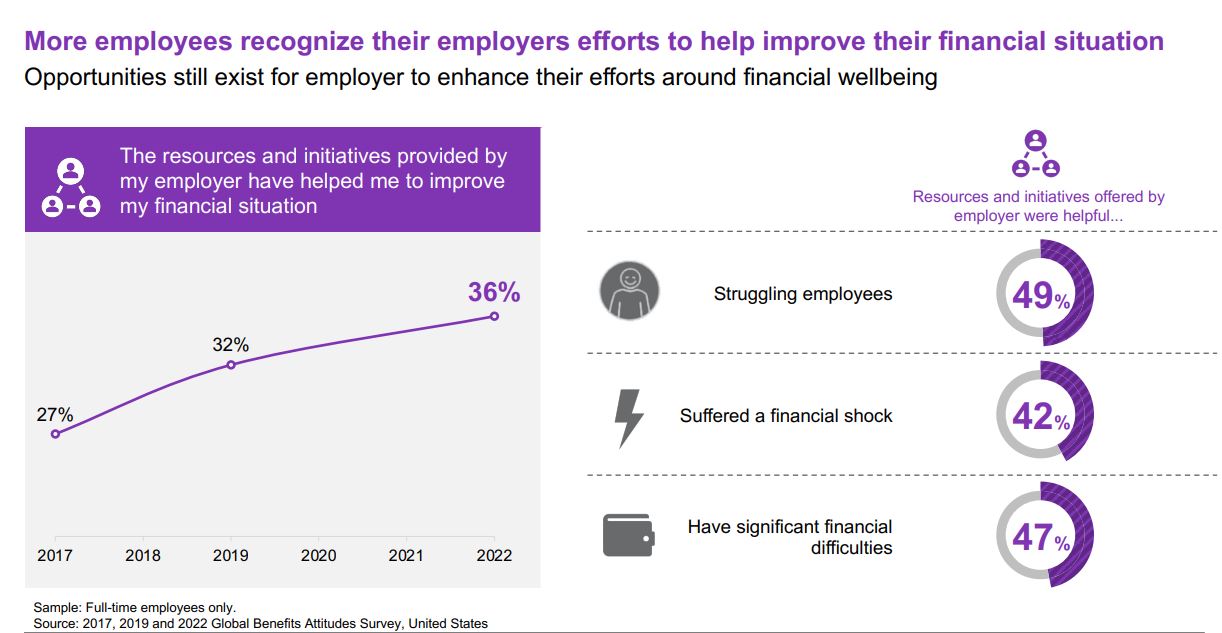 In this challenging economic market it may not be possible for employers to keep hiking wages, but offering other types of financial support – such as access to financial advisers, discounts on essential goods, or earned wage access solutions so employees aren’t waiting until the end of the month to get paid – could keep your employees happier.

The time to act is now if you want to keep your attrition low, and have a happy, engaged, productive workforce not distracted by their financial worries.