Iain Anderson wants to make sure LGBT individuals can be out and proud at work.

Even in the 2020s, tragically, many LGBT individuals do not feel safe to be their true selves at work. This urgently needs to change, and businesses can lead the way.

This is why the UK Government has appointed Iain Anderson as the first LGBT business champion.

UNLEASH spoke to Anderson about his aims of this new role to further LGBT inclusivity at work not just in the UK, but internationally.

Studies by Stonewall show that over a third of LGBT employees feel they have to hide their sexual orientation and gender identity at work.

Iain Anderson, co-founder and executive chairman of the UK strategic advisory firm Cicero Group, experience of being LGBT, unfortunately, fits into this trend. 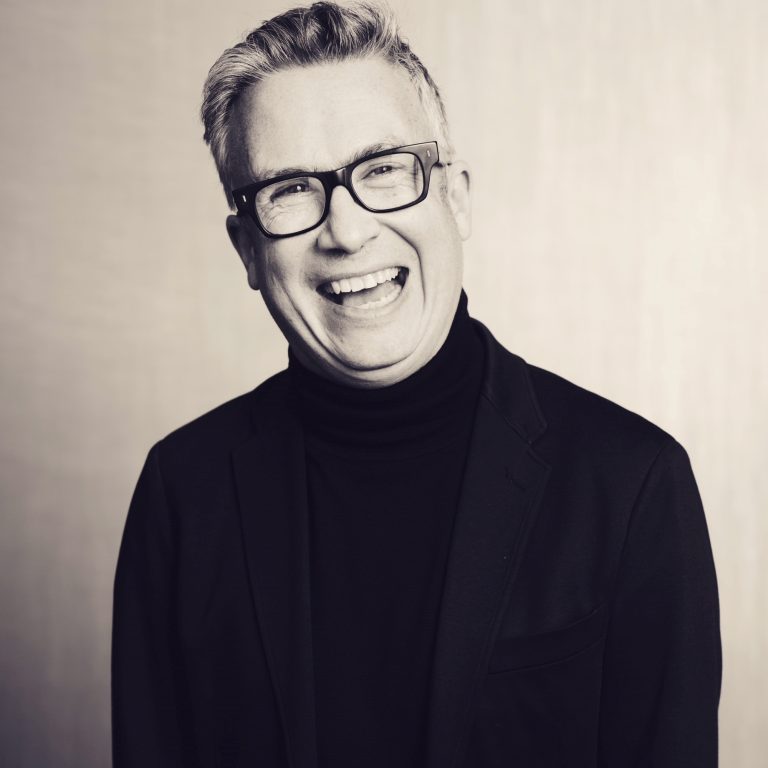 However, in the later third of his prestigious career in communications and analytics, he “very much embraced being out at work” and once he made that move “my businesses got bigger and more successful, and I felt more professional fulfilled”.

As part of the process of really embracing his LGBT identity and its impact on his work in the world of business, Anderson decided that he wanted to find ways to support and help other LGBT people in the world of work. “I didn’t want them to have the same experience as me”, he notes.

So he started working with charities like Stonewall and GiveOut, which aims to support the international LGBT movement, and especially in territories where it is still illegal or frowned upon to be gay. For instance, GiveOut recently worked hard to get LGBT individuals out of Afghanistan following the Taliban’s reconquest of the Middle Eastern country.

Around the same time in 2016, he was chosen by the Financial Times and OUTstanding as an LGBT business champion. His gave him the profile to start talking to the UK Government about LGBT issues in the workplace, and particularly in small business where he has spent his career.

Then in September 2021, the UK Government decided to formalize its discussions with Anderson and designation him as the UK’s (and probably the world’s) first LGBT business champion.

“I am very excited about [this role]. It brings a whole bunch of things together that I’ve been interested in the LGBT movement, and [as] an entrepreneur wanting to see change”, states Anderson.

Stonewall CEO Nancy Kelley celebrated Anderson’s appointment too, stating: “We welcome the news that Iain Anderson has been appointed to the new role of LGBT Business Champion for the Government.

“We look forward to working closely with Iain and sharing our advice and expertise to help transform workplaces and unlock the potential of LGBTQ+ people across the UK.”

Businesses can learn from each other

The aim of the role is to ensure that the workplace is a safe and inclusive space for all LGBT individuals.

The first thing Anderson plans to do with his 18-month term as LGBT champion is to “get out and about and talk to businesses, NGOs, trade unions” and other stakeholders. “I am a great believer in evidence-based policy” and seeing what businesses are doing successfully on the ground to do better by their LGBT employees.

Anderson wants to find some “practical examples of policies that are in place [in business] that could potentially be scaled up across the economy”.

He notes that he knows about the likes of BP and Aviva, who are leading the way on this, “but there are lots of SMES (small and medium sized enterprises) doing great things, but we don’t hear about that stuff [and] it doesn’t get celebrated in the same way”.

He believes that one way to speed up LGBT diversity and inclusion in business is for companies to learn from one another. If someone else has a good idea, you can copy it or adapt it – you don’t need to re-invent the wheel every time.

Therefore, it is no surprise that Anderson is keen to initiate a buddy system between small and big businesses. While bigger businesses often have diversity and inclusion teams that small companies just don’t have, “at the same, there are some great SME entrepreneurs” who are leading the way.

Making sure that businesses are improving the workplace for LGBT individuals could be a really “tangible” way of making sure the post-pandemic future of work much better than the past.

In a statement, Foreign Secretary and Minister for Women and Equalities Liz Truss noted: “As we seek to build back better, Anderson’s considerable experience working with a range of businesses will be crucial to forming policies that will actually make a difference, improving the workplace for LGBT people.”

Anderson is optimistic about progress because there has been a growth in the focus on diversity, equity and inclusion, as well as the wider environmental, social and governance (ESG), agenda during the pandemic.

He notes that investors, customers and employees are all pushing companies to do better in this respect. This is especially relevant in the context of the ‘Great Resignation’ where employees are prioritizing values and wellbeing over job stability.

Are we reaching a stage where having inclusive workplaces for LGBT individuals isn’t a nice to have, but a must have for companies to survive and both retain and attract employees?

Looking beyond the UK

Given his work with GiveOut over the past three years, Anderson is very aware that although there are challenges facing LGBT individuals working in the UK that need to be tackled, there are also urgent and life-threatening issues that also need solving overseas.

“There is a wider governmental objective that the UK can be a beacon for” LGBT rights and inclusion, notes Anderson. As part of this, Anderson is working with the UK’s special envoy for LGBT rights Lord Herbert on the Safe to Be Me: Global Equality Conference in June next year.

This is the UK’s first international LGBT conference; it aims to make progress on tackle violence and discrimination about LGBT individuals in global society as a whole.

The UK Government and Anderson agree however that if business did not have a central role at the conference, “that would be a mistake”, given that work is where people spend huge proportions of their lives.

One of the elements of the business strand of the conference is to have a hub where businesses can come together to “meet, showcase and network”.

As part of the conference, Anderson is also working on formulating a specific commitment from UK businesses around LGBT inclusivity at work. This is still in the early stages, and will be part of his discussions with businesses leaders ahead of the conference.

Independently of the conference, what can businesses do to ensure they are not only making their own workplaces in the UK are safe and inclusive for LGBT employees, but they are also putting pressure on partners in the rest of the world?

Anderson is clear that many businesses are already doing great work here, which has been “very powerful”. But he notes that “money talks” – “how you operate supply chains and the choices that British businesses make around those supply chains are very important” to drive progress around LGBT rights at work and beyond.