How to grow, gel and retain a diverse team

No specific personality mix has ever been found to predict better team performance. Controversial? Read on...

Diversity in a team matters not just because it is ethical and right to be inclusive, but also because it helps the team perform better, especially in highly complex environments, where superior decision making and creativity are most required. Building a diverse team starts with selection.

Establishing company-wide inclusivity and diversity targets for gender and race is a good starting point. Team leaders can then turn their attention to exploring diversity of thinking and values in their candidates.

The challenge is that despite what the sellers of psychometric tests say, no specific personality mix has ever been found to predict better team performance.

What we know actually matters is congruence of values.

So, recruit into your team diversity of thinking but common attitudes, values and beliefs concerning how team members want the team to work.

You should build diverse teams by quickly establishing and retaining two types of trust – cognitive and emotional – and contrary to what most team builders advise, start with the former because that’s what the science tells you to do.

Great teams share a common understanding of why the team exists, the most important shared goals, the plans to achieve these goals and the behavioural standards and norms the team expects from itself. All of these help build a type of cognitive trust which is especially important to the diverse team. This phase is called ‘getting set’.

Getting on the same page by clarifying the norms of the team is particularly important for a diverse team. Allow different gender, religious, ethnic, national or just personality types to express how they like to work and where these preferences come from. Discussing and respecting backgrounds, orientations and cultural influences then helps build emotional trust and psychological safety, both of which are fundamental to the retention of diverse talent.

Spend a few hours discussing this in person or online with the whole team present. It’s a powerful discussion to have, and to keep having. In a recent team meeting I attended, one of the team shared how being brought up in Kazakhstan meant that she valued loyalty and expected this from others too. She described how being direct and quite assertive was quite normal in her country. The team agreed this was a quality they liked too, as long it didn’t transgress into forceful, more aggressive interactions. It was a helpful discussion and helped establish the norm of being direct but respectful. The team member from Kazakhstan also felt more included into the Anglo-dominated team.

Next, turn your attention to building psychological safety, the team climate where all team members, no matter where they have come from, are able to speak freely without fear of reprisal. You can’t just tell the team it is a ‘safe place’, you have to establish this safety. There are three fundamental skill sets for the team leader to model: the ability to be vulnerable, the ability to be empathic and supportive and the ability to be an obvious ‘learner’. Diverse talent will be more able to contribute, feel included and stay in the team if these are very much in evidence.

Team leaders can build vulnerability by saying how they feel, as well as what they are thinking, by admitting what they are not so good at and by asking for help. They can build empathic climates by listening and asking questions rather than by making statements and being in ‘tell’ mode. They can build the learning culture by spending 30 minutes each month asking the team to reflect and feedback how the norms they established for the team are showing up. Admitting mistakes and learning from them all help build this safety. Of course, these are not reserved solely for the team leader, far from it. These are whole team skill sets to build, cultivate and improve upon.

Particularly important to watch out for in diverse teams is the emergence of cliques and any signs of favoritism perceived in the team leader. Teams can avoid these bear traps and the damage they can cause by putting time aside to allow the team to speak about how included they feel. Team leaders also have to ensure they are communicating to all team members, not just some, and valuing and attending all 1:1 meetings equitably. Perception is reality and when the team is very diverse, this equality is essential.

Finally let’s not forget that happy diverse teams tend to be winning diverse teams and when teams are happy and winning, talent is much less likely to leave.

Getting set and getting safe are not enough to ‘win’ though. The team has to stretch out of comfort zones, collaborate, influence, experiment and create constructive tension, all of which, the science tells us, are supported by cognitive and emotional trust, but also require the team to display its inherent courage and talent.

It’s in all of our destinies to team well because biologically, and through evolution, we’ve been programmed to team well. We have survived and we will continue to survive because we are essentially tribal, communal animals.

As we progress further into the digital age with all its impending machine learning, we can take heart from our biological disposition to team. And we can take heart from the accrued knowledge we’ve acquired about how to team. We’re going to need it. We want more societal compassion, and we want more equality. We have to shift from being ‘me-focused’ to being more ‘other centric’ as the gap between the societal have’s and the have-not’s keeps on increasing.

Most importantly of all, we also want to cultivate ‘team Earth’ when it comes to saving our planet from deforestation, global warming, and species extinction. We are now seeing an upsurge in corporate responsibility fuelled by a more purposeful agenda emanating from our younger generation, in particular. We want to see more collaborations and partnerships between our organizations and our societies.

In team working, charity really does start at home. 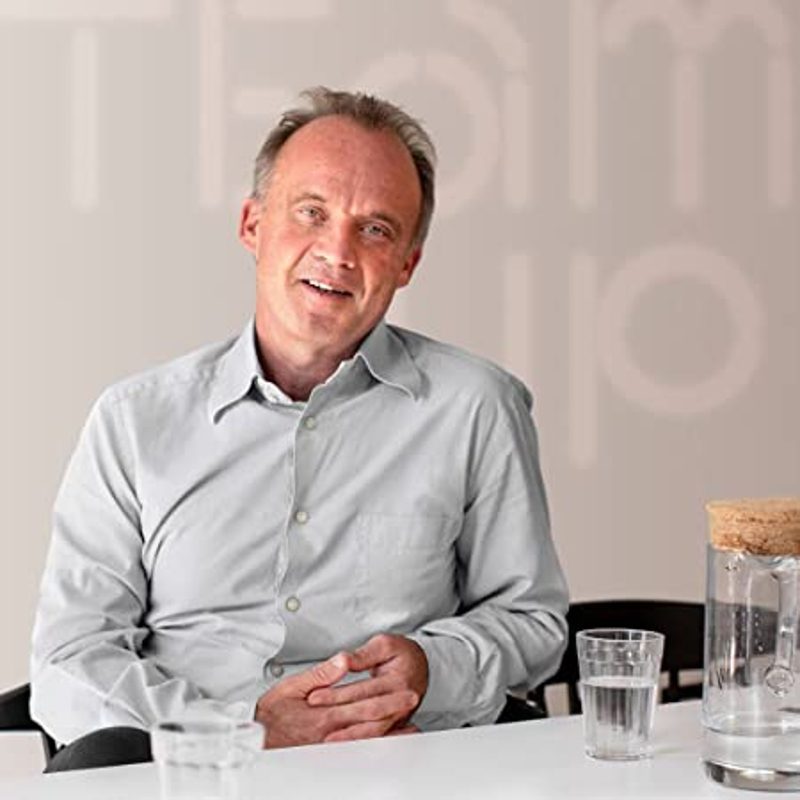 George Karseras is a psychologist and author of new book 'Build Better Teams'.