Are vaccine mandates the future of work in the US?

Could COVID-19 vaccine mandates be the future of work? Or will legal challenges disrupt this?

What legal rights do companies have when mandating vaccines?

And what counter-action could be taken by employees?

One legal expert offers an insight into the challenges of vaccine mandates and their place in the future of work in the US.

More and more companies are starting to require staff to be vaccinated against COVID-19. This has ranged from the likes of Disney, Walmart, and United Airlines.

The latest mandate came for New York City school staff on 24 August. The change announced by Mayor Bill de Blasio required all Department of Education employees to have at least one dose of the COVID-19 vaccine by 27 September.

The reasoning behind the decision is clear; it is an attempt to mitigate the spread of the Delta variant of COVID-19 in the US. However, many will wonder what legal grounds companies need if they want to introduce mandates.

She noted that in the case of the New York City Department of Education, the unionized workforce is important and that in instances like this employers “need to look at the collective bargaining agreement and see if you have to negotiate with the union.” 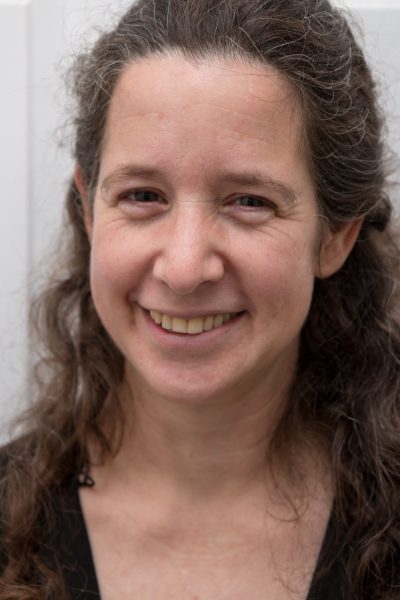 As a result, “it’s very much a case by case basis on the back one. Chance is you have to negotiate with the union before mandating that doesn’t mean the union can block it. But you have to at least make good faith efforts.”

Professor Reiss went on to discuss other legal grounds that employees may use to reject the vaccine.

“The Americans with Disabilities Act says employers with more than 15 workers have to accommodate people with disabilities, which does include a medical barrier to getting the vaccine unless there is a really high bar of undue burden. So the [legal] tape probably has to give people who have a real medical reason not to vaccinate some accommodation. Accommodation isn’t always treated like everyone it might be, for example, they have to test twice a week.”

Finally, “The Civil Rights Act of 1964 says that you can’t discriminate based on religion in the workplace. In this context, it means that if you have an employee, that is claiming that they have a real religious objection to the rule, the employer may have to accommodate them as well.”

“Because the bar here is much lower, you don’t have to compensate them if they’re more than a minimal burden. And they could say, the risk of COVID-19 is more than that. That’s going to be up to the court to decide.”

More generally, a mandate enforced by a company “has to meet the constitutional standard.”

“In this context, when it comes to the public health measure that interferes with individual rights. It’s probably the standard set in the 1905 Jacobson v Massachusetts which is a reasonable standard – basically [employers] have to show that the measure is reasonable.”

Professor Reiss noted that these were the key areas that companies would have to address as they enforced mandates. However, she was confident that mandates would become more widespread.

The professor, who focuses on policy issues related to vaccines, stated: “I do [see this becoming a widespread policy], Vaccine mandate in the US has a history, they have been with some employers, especially in healthcare, at least since the 1990s.

“The main barrier was the fact of whether you could mandate the vaccine while it’s under emergency authorization. Now that it’s licensed, I expect a lot more employers will move that way.”

Nonetheless, HR departments should be prepared to tackle state-specific employment laws that could be used by employees who do not want the vaccine.

While this may sound concerning, Professor Reiss claimed that opposing mandates is “going to be an uphill battle, it’s going to be very hard.”

What steps can an employer take?

Many employers may wonder how they can successfully introduce vaccination plans and enable work to continue.

The essential component of introducing a vaccination check is to ask employees to provide evidence of vaccination or an exemption by a deadline. After this, disciplinary measures can be introduced for those who do not comply as they could be endangering those around them.

Those who do not do this can be legally fired. Reiss said that “It is legal to fire workers that does not comply with the workplace. In fact, if they are fired, because they didn’t comply, they’re fired for cause and they’re not going to get unemployment insurance.”

The professor also detailed how a business can encourage its employees to get vaccinated before a mandate.

“The first thing I would say is to work with your workforce on the access issue.” She added that companies need to let employees know how they can get the vaccine – including the soon to be rolled out booster shots – and give them the time to make an appointment.

Reiss adds: “If they [employees] are concerned, give them access to credible experts maybe arrange a panel to ask questions about the vaccine.”

She concluded that throughout the process of vaccinating employees, you should do what you can to make the situation “less painful for everybody.”

How technology can help

The prospect of a company holding employee vaccination data can be complex, even if it is legal. Fortunately, several HR Tech companies have already tackled this problem.

Notably, the digital ID service Proxy -which was previously been tipped by Forbes to be the next billion-dollar start-up- created Proxy Health and has focused on the privacy concerns of employees. As a result, the company offers employees the chance to use a barcode on their phone that will be scanned to confirm their vaccination status. This means that medical information remains with the employee.

Equally, the Vaccination Status App from ServiceNow intends to use its Now Platform to deliver a “modern, self-service experience across desktop and mobile devices” that will allow employers to see a vaccination status without delving into privacy violations.

By using these applications it is hoped that worries about health records and privacy are mitigated while workplaces can become safe.