Will you also enable your employees to live with fewer financial worries?

Feeld has followed in the footsteps of Gravity Payments by raising its baseline salary.

Every employee at the company will earn at least $80,000.

Could this be the solution to the 'Great Resignation'?

Back in 2013, Dan Price, CEO and co-founder of fintech Gravity Payments, made headlines when he announced he would raise the company’s minimum wage to $70,000; and that he would cut his own salary by $1.1 million to the same amount to help fund the move.

His dramatic move sent shockwaves through the corporate world and ignited a discussion about how much workers should be paid as the global economy began to stabilize again following the 2008 financial crisis.

Price has almost become Robin Hood-like in his dogged mission to encourage other entrepreneurs and business leaders to follow suit.

He regularly posts about this move on social media; there is even a hashtag #imwithdan that CEOs and other bosses can use to show they are putting employees’ needs first.

Slowly but surely, Price’s pay revolution is catching on.

Over the past year, many retailers have committed to raising pay for their hourly workers – examples include Walmart, Macy’s, Amazon, and IKEA.

But some employers are going even further and, like Gravity and Price, completely re-thinking how they compensate workers by raising their baseline salaries significantly so everyone can live a meaningful life.

One notable example is the progressive dating app Feeld, which claims to be a “space where you can explore your identity”. It aims to “open up the future of human connection through normalizing sexual desire,” Feeld’s VP of people Erin Shoji tells UNLEASH.

The company was founded in 2014 by Dimo Trifonov. Dimo and his partner Ana Kirova (the current CEO of Feeld) “had been together for two years when Ana uneasily admitted she also had feeling for a woman,” notes Shoji.

Dimo was “unsettled that something so human could provoke fear and confusion” so he created Feeld to be a space “where people like him and Ana could date as a couple and meet like-minded humans”.

Fast-forward eight years, Feeld has more than 55 full-time employees distributed across the globe – and it is currently hiring more.

Feeld has no offices; Shoji explains: “We strongly believe in remote and flexible working so that our employees can fit work around their personal life and individual needs”. 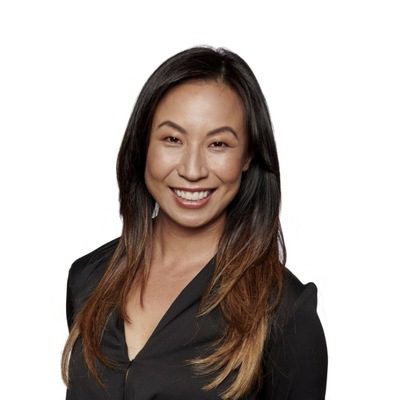 However, flexible working is not the only way that Feeld achieves its core values of “fluid, human progressive, safe and transparent”, fair, transparent compensation also plays a big role. This leads into why Feeld had decided from now all of its employees will receive a minimum salary of $80,000.

This ‘Baseline Freedom Salary’, as Feeld terms it, “aims to provide enough compensation so that all employees can live in a meaningful and fulfilling life” by alleviating “any potential day-to-day financial worry”.

The initiative also helps to rethink “existing systems on compensation and working towards a human-centered future of work”, says Shoji. This includes eliminating pay gaps on racial or gender lines.

The decision to raise baseline salaries

Unlike Gravity, where Price’s move was motivated by conversations with disgruntled employees, Shoji explains that Feeld’s decision was not linked with employee listening.

Instead, the app’s business leaders realized when reviewing salaries for 2022 that “none of the benchmarks or data sets from the job market represented the impact of the work of certain roles within our organization”, according to Kirova.

This was because paying the market rate for some roles meant that their salaries would never rise above a certain level.

Shoji gives the example of customer support; these are often not highly paid roles, but “given Feeld’s mission and core values, customer support staff are highly valued as they are humans who are speaking directly to our members”.

Shoji emphasizes that to Feeld this salary increase is “not a gimmick” and that it “directly solves the business problem” where critical job roles for the company were being under-compensated.

Kirova added to TIME  that “it just didn’t make sense for us to take that information and not do anything about it”. “We’ve been profitable for the last few years. We’ve seen lots of growth and success, and we want to make sure we reward everyone for it”.

When thinking about the figure to offer, Feeld settled on $80,000 as a “sweet spot between what we, as a company, could do help our staff and what was reasonable from a budget perspective”.

It is important to note that while Feeld has been inspired by Gravity, it is taking a different route to fintech.

Kirova, Shoji and other executives will not be taking a pay cut to fund this baseline salary. In fact, Kirova told TIME that it is possible executives could earn six times the $80,000 minimum wage.

Feeld and Shoji are very clear that this move is not just good for employees, but also for business.

“Pay is often tied to constructs of self-advocacy and self-worth” so good compensation is a great way to make employees feel valued, according to Shoji. Remember, happy valued employees are more productive.

In addition, Shoji notes that Feeld is hopeful that this will help the dating app attract and retain employees, particularly diverse staff, something which is urgent as the ‘Great Resignation’ rages on.

“After a turbulent couple of years, people have recognized what is important to them and we are seeing more people changing career paths..to feel fulfilled and happy”, says Shoji.

“This means that companies need to seriously review their policies and initiatives [as well as] ask themselves whether they put their teams’ needs front and center – and providing good compensation is key to this”.

However, Shoji is also clear that “a company with a poor culture that pays well will still churn staff”. “Paying an above average baseline salary is a more that should come once the foundations of a great employee experience have been established, not before.”

This is why general pay transparency – including internal salary calculators, clear salary ladders for every role, and education around how to have “constructive conversations” about compensation” – as well as other benefits like unlimited leave, and a fully remote, flexible working set-up are so central to Feeld and its people.

Dan Price agreed in a LinkedIn post that having a higher baseline salary, as well as other benefits, has been positive for Gravity’s retention in the current climate.

He wrote: “I am a CEO of a company that just experienced near all time record highs for employee retention and record lows for employees resigning.

“At the same time, I am hearing close to 50 million Americans quit their jobs in 2021. It’s being called the great resignation.

“Why did this “Great Resignation” happen?

Price concluded: “One thing is clear. When [companies] blame employees or “labor shortage” or “Great Resignation”, it’s a lie.”

Will other companies follow suit and rethink compensation as a construct, rather than just benefits, as they grapple to retain and attract talent in 2022? Feeld hopes so; Shoji notes it wants to lead by example and “spark positive change in other companies”, particularly startups.