Proximity bias: out of sight, out of mind?

Studies show most employees would prefer at least some remote work from now on – but they are leaving themselves at risk of unequal evaluation by managers.

The vast majority of employees want to embrace hybrid working.

With some present at offices and others working from home, managers may favor those they see in person.

Firms need to find a fix for the emerging problem of 'proximity bias'.

More than half of US companies, along with 80% of UK firms and 89% in Europe, are planning a hybrid return to work.

A PwC survey of over 700 companies and 1,000 workers in the US indicates that 51% of employers are planning to implement a mixed model, which includes hybrid workers, in-person workers and fully remote employees.

Some 78% of those surveyed prefer a remote or hybrid work set-up, with some days in the office and some remote.

Hybrid work may blend the flexibility of remote work with the hands-on approach onsite work provides. But it also creates an entirely new form of workplace inequality: proximity bias.

It’s closely related to ‘in-group’ bias, and is the unconscious tendency to give preferential treatment to those in our immediate vicinity, or those who are part of a group we belong to.

With some employees choosing to work from the office and getting more face time with their supervisors than others, bias and favoritism may creep in.

Employees who work from the office more often may derive unseen benefits from their proximity to co-workers and managers, whilst people working remotely most of the time may lose out.

“The things you see on a daily basis are more likely to be at the front of your thoughts, and this includes people,” says Jonathan Hill, CEO of The Energists, a Houston-based executive search and recruiting firm.

“Managers working in the same physical environment as team members have more opportunities to observe their work, correct mistakes and praise successes.

“Remote employees get less direct supervision, meaning both their errors and their accomplishments are more likely to pass by unremarked.”

He adds that remote employees are less likely to be considered for promotions or other opportunities.

Since workers of color, working parents or caregivers, and disabled workers tend to be overrepresented among those opting to work remotely, this could seriously hamper their careers, widen the gap, and cause a lack of diversity higher up the ladder.

CEOs and CHROs who have adopted hybrid work report encountering proximity bias – even between coworkers.

Anjela Mangrum, founder and president of Mangrum Career Solutions, says, “I started noticing signs of proximity bias when it seemed like some on-site employees felt entitled to make decisions on behalf of the entire team rather than letting remote staff give an opinion.

“For instance, I wanted to introduce flexibility to my employees’ work schedules besides a small timeframe in which I made it mandatory for them to stay available so I could schedule meetings.

“It came to my attention that my office staff had voted about the mandatory time window, giving the excuse that remote workers should not have an issue since they’re already working from home.

“I also noticed some remote employees making mistakes due to unclear communication from their on-site colleagues.”

Remote workers may be more aware of proximity bias and overcompensate to counteract its effects. This can lead to overwork, demotivation and poor mental health, especially if people end up constantly trying to prove themselves.

Royle says: “We talked to the employees, and [discovered] they don’t want to be perceived as lazy so prefer working onsite rather than proving themselves every day.”

Hybrid workplaces can lead to the formation of ‘in-groups’ and ‘out-groups’, social cliques based on work location. In-group bias is well-documented and can lead to exclusion and hostility towards excluded employees.

Research by OE Cam, a UK-based specialist firm of business psychologists and consultants, shows members of in-groups are nicer to other group members and more forgiving in regards to underperformance, than to people in an out-group.

This can lead to complications when members of both groups are required to collaborate. Remote workers are sometimes overlooked for such opportunities, further widening the divide.

“The most important tool you can employ to prevent proximity bias is an effective and well thought-out hybrid communication policy,” says Hill.

A simple yet effective solution recommended by HR leaders is to conduct meetings via video conference, allowing all employees – remote or onsite – to dial in, leveling the playing field.

“Slack is a tool that helps keep everyone in the loop, both work-wise and for developing a sense of community, with regular check-ins and watercooler chats,” she attests.

Setting viable benchmarks to evaluate performance is also key, since the contributions of remote workers may be less obviously visible than those of workers who attend the office.

“All hybrid team managers [should] set objective employee performance evaluations, check in with their remote workers via weekly calls, and prioritize including them equally in office events and celebrations,” adds Mangrum.

“There are a number of easily trackable KPIs for employees that can be used to more objectively compare their performance,” he states.

“But I’m not advocating evaluating employees strictly by their KPIs. There are some workplace qualities that are difficult to quantify in numbers but are still very important, like their impact on workplace morale or ability to come up with new solutions.”

Other suggestions include simple but sound advice like having whole teams attend the office on the same days, or creating all-remote teams.

Dr. Gleb Tsipursky, CEO of Disaster Avoidance Experts, who has authored a best-selling book on leading hybrid teams, reports trying both of these solutions to prevent proximity bias, and training hybrid employees to be aware of proximity bias.

He says: “We gave employees a heads-up… on how to be more proactive, and advocate their projects and career in a way that mitigates against proximity bias.

Are all-remote workplaces the answer?

Although fully remote workplaces seem to effectively sidestep proximity bias, that might not always be feasible.

Mangrum agrees that going fully remote could prevent proximity bias, but it isn’t the best step for her company until it can figure out the best way to manage long-distance employee communication.

“My team has already started complaining about video call fatigue, and some have even complained that the constant messaging on Slack gets disruptive,” she says, adding that her company plans to continue hybrid work for now.

Hill and Royle expressed concerns over going fully remote, too, believing the arrangement would not work for all companies.

Despite this, being aware of the possibility of proximity bias, and taking active – if small – steps to combat it goes a long way.

“Signs can be hard to see,” admits Hill.

“One clear sign is if the ratio of in-person to remote workers among those who receive promotions, raises and other workplace commendations doesn’t match the ratio of your staff as a whole.

“As an example, if your staff is 50% remote workers but only one of the 10 employees who received a raise last quarter is a remote employee, this is a sign you should take a hard look to check for remote bias in your organization.”

Even simple things to make remote employees feel like a part of the team, such as virtual ‘Fun Fridays’ or weekly office-wide hangouts can play a role in creating familiarity and eliminating proximity bias.

Biases tend to be unconscious, and just by being sensitive to proximity bias, managers and HR leaders can play a major role in keeping things equal and fair. 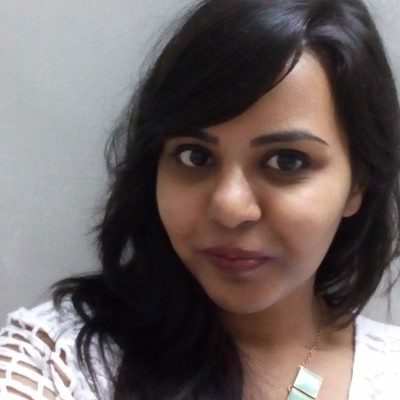