Here’s what the C-Suite thinks the future holds.

COVID-19 has completely transformed the workplace in just three years.

What do the next ten years have in store?

“We are on the cusp of a workforce revolution that we haven’t seen…maybe since the Industrial Revolution”, management consultancy Protiviti’s Fran Maxwell tells UNLEASH. Maxwell is Protiviti‘s managing director and leads its organizational transformation practice.

He continues: “The pandemic has empowered workers like never before”. It has created “a future where workers hold most of the cards on jobs, career tracks, and how, when, where, and why they work”.

This is creating tremendous challenges for businesses, but Maxwell believes that “business leaders have a once-in-a-generation opportunity to reboot, rethink and reinvent” themselves as employers. “Smart business leaders know they can’t miss this chance”, he adds.

In this context, Protiviti –  in partnership with the University of Oxford  – spoke with 250 global C-Suite executives to find out their views on the workplace today, as well as what it’ll look like in ten years.

The outcome is its second VISION report. Let’s take a look at what Protiviti found out.

Is the future hybrid?

How, when and where, and why people work has been totally transformed by COVID-19. Currently, hybrid working is the primary model, but what will the future look like?

Executives are aware that where and how employees work in 2032 will be very different to how they worked pre-COVID-19.

Before the pandemic, Protiviti’s research shows 78% of employees worked in an office, but by 2032, executives expect that figure to decrease to 30%. The figures for North America are 95% and 31% respectively – a decrease of 61 percentage points.

The VISION study found that “by 2032 executives expect only 30% of their employees will work in an office full-time”, adds Maxwell. He continues that hybrid work leads to “higher employee satisfaction, less attrition, and deeper talent pool to recruit from”. 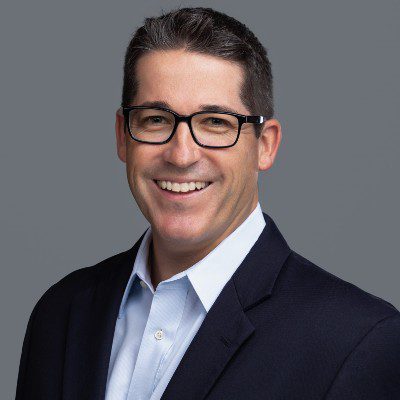 Remote-only work is not as popular because executives see the office as having real benefit in the working world.

According to the VISION report, the C-Suite see “efficiency” and “collaboration” as key positives of employees working side-by-side in the office.

Maxwell adds that the office itself will undergo a transformation; it is no longer the place “where work gets done” but instead is “where you go to collaborate, celebrate and connect” with colleagues.

“How that square footage is used will also undergo a massive shift as companies explore turning offices into more collaborative spaces, innovation centers and hubs to be visited maybe only a few days a month by teams coming together in a real way”.

While it is clear where people work will be very different to pre-COVID-19, what about when people work?

Protiviti’s VISION study found that workers’ business hours will remain the same over the next decade.

It does not seem like the four-day week is the future for most employees. Two-thirds of leaders think the standard work week – 40 hours across five days – will be more prevalent in the 2030s than it is now. This increases to over three-quarters in North America.

In addition, Maxwell emphasizes that executives have rethought the idea of presenteeism. “Most managers changed their management style from focusing on the process to focusing on the outcome”. “This shift, which we think will continue, has created additional flexibility for the employee on when works get done”.

But the VISION study suggests that employers still want to be to have the final say on how, when, and where employees work.

57% of the C-Suite said they planned to mandate how, when and where work gets done in 2030. Is this a good idea given the ongoing war for talent, a major cause of which is the lack of flexible working options?

How loyal will employees be?

On the topic of the ‘Great Resignation’, it is no surprise that Protiviti’s VISION report found that retention and turnover are top concerns of the C-Suite.

While 83% of executives were worried about retention and attrition, this rose to 95% in North America. European figures are similar to the global figure, but it drops to 71% in Asia Pacific.

Despite the retention crisis, Protiviti’s research found that 84% of C-Suite leaders think employee loyalty will increase over the next decade; this reaches 95% for North America.

Protiviti’s report describes this as a “fascinating twist”, so UNLEASH was keen to find out the explanation behind it.

Maxwell believes a reason for this optimism is that “organizations have started to embrace the concept of developing a differentiated employee experience for their people that includes having a strong culture and purpose”, as well as “truly caring for the wellbeing of their people”. This “invokes a stronger sense of loyalty”.

This belief is validated by other studies that show burnout, as well as employers not sharing workers’ values, are leading the ‘Great Resignation’.

Maxwell notes that in 2032: “Workers will choose companies that share their values and purpose. They want to do work meaningful work…that aligns with their core values”.

Will skill shortages be a problem in the 2030s?

While executives are optimistic about loyalty, they are pessimistic about the skills shortage being solved by the 2030s.

86% told Protiviti that they were concerned about a shortage of qualified workers over the next decade – this jumped to 97% in North America.

Maxwell is very clear that companies need to act and plan now for the next decade. He states: “Hope isn’t a strategy; how can an organization meet its business objectives if it doesn’t have the right talent and skills?”.

Central to that plan must be technology, and thankfully, the executives surveyed are aware that tech can “ease some of the pain”, in the words of Maxwell.

85% of executives told Protiviti that artificial intelligence (AI) and automated recruitment will become even more important over the next decade.

76% also think automation has a role in learning and development, and so will be essential to closing the skills gaps of the future.

Technology also has a role to play in retention. Maxwell comments: “By combining various data elements like engagement survey scores, absenteeism and performance data, organizations can begin to predict, with a relatively high level of certainty, which employees are at risk of leaving”.

There has been a lot of concern that technology – and automation in particular – will take away jobs from humans.

But, interestingly, “none of the future of work experts we talked to agreed”, states Maxwell. Instead, 74% believe technology will actually create jobs in the future, and help them “increase the size of their workforce in ten years’ time”, according to Maxwell.

86% told Protiviti also think AI and other emerging technology (such as virtual reality, the metaverse and quantum computing) will change the types of work that employees will be doing in the future. Emerging technology will have a huge role to play in the work landscape in 2032.

The World Economic Forum agrees, and estimates that AI will create 97 million jobs by 2025. The types of jobs it could create are AI trainers, specialist data scientists, and ethics officers.

While AI and automation can create jobs, and drive productivity by preventing workers wasting time on menial tasks, Protiviti warns that too much reliance on technology can have an impact on organization’s culture. Ultimately, tech is not a panacea, but an enabler of efficiency.

This is particularly important to note since Protiviti’s research found that AI has an important role beyond recruitment or career development.

According to the VISION study, 88% of global business executives think AI is key for ‘radical transformation’ of their companies in the next ten years.

Although AI and machine learning were ranked the biggest driver of transformation, system integration and autonomous robots will also have a role to play.

Only time will tell if Protiviti’s predictions will come true. But  one thing is for certain, the ‘Great Resignation’, hybrid working and emerging technology will create “a very different world of work a decade from now”, concludes Maxwell.