UNICEF: How to role model on gender equity

Learning and listening from others is also key to driving progress.

The UN Agency has been EDGE Move re-certified - this proves its commitment to being a diverse and inclusive workplace, particularly around gender.

But it wants to continue to improve, learn from others and share secrets to success.

UNICEF is a United Nations (UN) agency that aims to “build a better world for every child, every day”.

“We believe we have the best mission and mandate you could possibly ask for”, UNICEF’s principal advisor for organizational culture Geeta Narayan tells UNLEASH. And all of the agency’s 13,000 employees globally are committed to achieving that mission.

Narayan zeroes in on the fifth: accountability. While UNICEF workers are accountable to the communities they serve, and do their best to act in their best interests and drive genuine change, they are also “accountable to each other for the work that we do as a team”.

Ultimately, being great team players and successful collaborators improves UNICEF’s ability to look after and protect the children of the world, adds Lauren Rumble, associate director for gender equality at UNICEF.

The challenge of COVID-19

When COVID-19 hit in early 2020, it could have really challenged UNICEF employees’ ability to work collaboratively and with accountability.

However, UNICEF’s workforce is used to being distributed – about 85% of the agency’s employees work in the field in 190 countries – and working remotely. 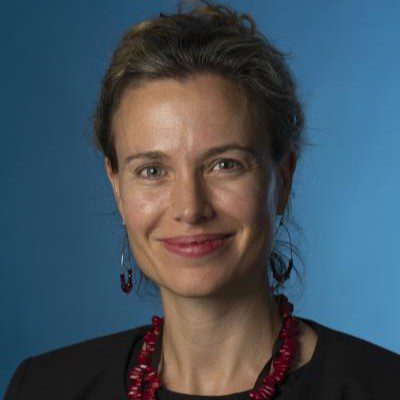 Therefore, when the pandemic struck, “we knew how to operate online” – UNICEF just dialed up its use of tools like Zoom, Yammer and Whatsapp to communicate. Rumble states: “We already had each other’s contacts [so] we could continue the conversation.”

It was critically important that UNICEF and its employees adjusted so easily to exclusively working together online. Given that it was a global pandemic, the entire agency was on the frontline to protect children.

The agency had to “make sure that [our] services didn’t come to a screeching halt”, and Rumble is proud that “we were able to stay and deliver” and continue to support grassroots organizations.

But this was a lot of work, so, globally, UNICEF employees’ “workloads increased”. While this was the case for all employees, it was particularly true for employees working in the healthcare sector, particularly around vaccine and treatment procurement and supply. Overnight, they were “full on, flat out”, notes Narayan.

This extra workload, and pressure, put a strain on employees across the world. But the type and scale of the wellbeing impact varied for different groups of staff.

Narayan shares two examples: female employees were particularly struggling with balancing work with their increased caregiving responsibilities, whereas new starters (who were often younger workers) often felt isolated because they didn’t have social networks within UNICEF.

To help these two groups, UNICEF’s HR team dialed up flexibility at work, particularly around hours, and worked with employee resource groups and country offices around inclusion of new starters – for instance, setting up a buddy system.

UNICEF’s being ahead of the game on flexible working shows that even pre-COVID-19 diversity, equity and inclusion (D,E&I) was part of the agency’s DNA. UNICEF wants to be a family friendly workplace, which is “part of being more gender transformation in what we do and what we stand for”, Rumble explains.

In addition to UNICEF’s inclusive flexible and remote working policies, Narayan talks about other inclusive benefits such as its zero tolerance on discrimination “even if it may be the law or practice in a particular country” – this is crucial given that UNICEF operates in some countries and regions where, for instance, women do not have equal rights to men and homosexuality remains illegal and criminalized.

However, Rumble is clear that the pandemic emphasized how critical it is that UNICEF is a diverse and inclusive employer, particularly around gender.

During COVID-19 women and girls became invisible because they weren’t at school or work, this exposed them to new risks, including early and forced marriage, unwanted pregnancies, violence and sexual assault.

Therefore, “it is essential and vital that UNICEF role models” good practices around D,E&I, and particularly around gender. This means having “women in leadership positions and front and center of the program work that we do”, states Rumble.

UNICEF as a gender equitable workplace

The positive news is that UNICEF is doing a good job of setting an example to others of what a gender equitable workplace looks like. This is proved by it being re-certified with EDGE Move for a third time in 2022. 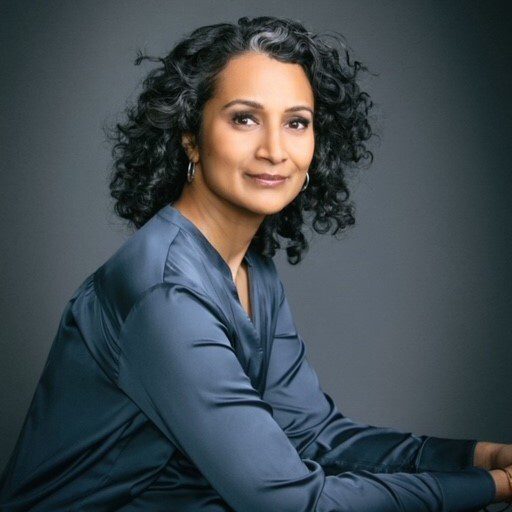 It’s first EDGE recognition came in 2018 – it was the first UN agency to be certified, and now UNDP and UNFPA have followed its example. This re-certification proves that UNICEF has continued to make progress around gender balance and equity – a notable areas of improvement between 2018 and 2022 was around pay parity.

Narayan is also proud of the work UNICEF has done around hiring, and the measures that the agency has put in place to “hire women into senior leadership positions. We’ve made concerted efforts in some functional areas like IT where there was a huge gender gap in favor of men”.

Rumble adds that UNICEF has changed the conversation – it is not that “you must hire women”, but instead, talking “what actions have you taken to do everything possible to hire women?”

UNICEF is building on the EDGE certification, which lasts for two years and so could become outdated, by supplementing it with employee listening.

It has developed its own in-house survey called Pulse Check on Workplace Culture under Narayan’s leadership, which takes the pulse of the organization every six months and asks similar questions to EDGE about representation, pay parity, career paths and inclusiveness of culture. The data is disaggregated by gender.

This allows UNICEF to see “how things are going, where leadership is really doing a great job, [and] where there’s much more work to do”. According to Rumble, it takes the conversation around D,E&I at UNICEF to another level, and ensuring the agency is truly living by its values.

The future for D,E&I at UNICEF

While UNICEF is proud to be EDGE Move re-certified, according to Narayan, “we had hoped to be higher”. The third, and highest level of EDGE certification is EDGE Lead; this moves beyond showcasing progress and towards celebrating success.

“We’re quite proud of the journey that we’ve had,” notes Narayan. “Obviously, the journey continues. We’re not where we would like to be.”

While UNICEF is keen to role model good behavior around gender equity, and share the secrets to its success in certain areas – for instance, wage gaps – it also wants to listen and learn from other organizations about how they moved the needle in places where UNICEF is still struggling.

Rumble candidly shares that “despite investments in training [and] awareness raising around gender equality principles in the workplace, women overall feel less satisfied than men, especially when it comes to indicators like talent management and psychological safety”.

“We know the inequality in our offices mirrors the outside world’s discriminatory gender norms, but what can we do about it? We want to grapple with hard things and find solutions with the broader community”, states Rumble.

She adds that UNICEF has seen a drop in the number of female staff since the pandemic. And now the agency needs to think carefully about targeted solutions, particularly around retention and promotion of female talent.

“We need to link up female staff with mentors who look like them, who have succeeded, who can show what’s possible”.

Of course, UNICEF is on a mission to drive progress and continue to be an inclusive workplace generally, not just in relation to gender.

Narayan shares that UNICEF is working on new strategies and approaches towards disability and LGBTQ+ inclusion. “We want to make a deliberate effort to hire more people with disabilities into the organization”, and this also requires creating an inclusive space for them – for instance, through a reasonable accommodation fund.

Generally, UNICEF is working to improve the visibility of its seven employee resource groups – the idea is to help them “reach out and network so they really are representative of a broad group of UNICF staff”. It also partners with the elected staff associations at country, regional and global levels on all aspects of its D,E&I initiatives.

Another piece of work UNICEF’s HR team is doing around D,E&I is figuring out how to move away from labeling, and instead explore a “whole diversity approach”. This in line with the next level of EDGE certification, EDGEplus, which looks at employers’ success in looking at the intersectionality between gender (aka moving beyond seeing men and women as homogenous groups), and the role that other aspects of diversity play in workers’ experience in the workplace.

Narayan explains: “People are not just a label, and we should not see them as such. People have many complex, nuanced identities – by seeing all of these, we encourage people to feel a sense of belonging…and this leads to them bringing their best ideas, solutions for children”.

If this article caught your interest, you can find more on the topic of D,E&I here. Enjoy!