Shakti Jauhar at UNLEASH America 2022: The liquid organization is agility on steroids

UNLEASHcast favorites Chad and Cheese were lucky enough to get some time with Shakti Jauhar, at the time of recording CEO of Mechanism Wellness and now head of global digital HR transformation at McDonald’s, and – most importantly – speaker at next year’s show in Las Vegas.

The dynamic podcast duo collared him at UNLEASH America 2022 and got the goods out of him on a variety of issues. We join the discussion as Shakti colors in his background for us…

Chad Sowash: I’ve seen this little company called Pepsi. You worked with them for a while, right?

Shakti Jauhar: Yeah. So it’s a small company out in Purchase, New York. I worked with PepsiCo for almost 23 years. I worked in business process reengineering, to IT, to finance and planning, and then managing global insurance and healthcare for PepsiCo before taking over the lead on digital transformation for HR.

CS: I’ve heard a rumor. And you’ve got to help me out here. I’ve heard another small company might be pulling you into their grasp.

SJ: Well, since you’re asking since it’s out there, I am going to be joining McDonald’s as the head of their digital transformation for HR.

CS: So transformation is pretty broad, right? To talk about HR…a fashion-forward company like Pepsi and Pepsi is really I think bleeding-edge automation…transformation…Talk to me about how what you did at Pepsi, from a transformational standpoint.

SJ: Look, Pepsi, for the longest time was a company that operated independent businesses in different regions and countries. And when Indra Nooyi our CEO – former CEO now – took over PepsiCo, she wanted to create a matrix organization because our clients were getting global, and there was a lot of need to be standardized and more effective, more agile, and more flexible. And as a result, she started the agenda of digital transformation at PepsiCo.

And we started with HR. Cynthia Trudell was a member of the board [and] stepped down to take over the head of HR and run the digital transformation. So that’s where I was brought in by Cynthia, to run digital transformation for HR. The idea was to create a horizontal organization in HR that can work seamlessly with the business to help business move forward.

HR transformation to me is not really about HR, it’s more about the business.

Joel Cheesman: So we talk a lot about McDonald’s. Let’s move on to your new employer real quick – you haven’t even started yet, but we’re going to dig right into it – so they’ve been an early adopter of conversational AI, we’ve given them grief about Alexa and ‘hey, Alexa, find me a job at McDonald’s’ but they also have great success with their chatbot Olivia, so we know that they’re on the cutting edge of some of that stuff. What are some other transformations that you’re going to bring to the table when you step through the door at McDonald’s?

JC: So let’s jump into you and your ideas in a macro sense; you are presenting here this morning – what are you going to be talking about? Because that could be a precursor to what direction you take McDonald’s.

SJ: So, my conversation today, there are two topics. One is I’m exploring with the Nestle guys as to what they did. And the second one is, I’m talking about a new wave of transformation called ‘liquid transformation’ or the ‘liquid organization’. There’s a good friend of mine, on Arun Sharma, he’s a professor at Miami University, I’ve been speaking to him quite a bit about digital transformation and liquid organization. Liquid organization is kind of agility on steroids, if you can call it that.

CS: Agility. That’s a word that is used a lot, in business. Not as much in HR. What does agility mean to you?

SJ: It means speed, flexibility, scalability, and acceleration. And in terms of liquid organization, it also means ambidextrously. So that means you can work with your left and right hand, both.

JC: So when I hear you say that, I think of Facebook’s move fast and break sh*t, which got them into a little bit of trouble in the last election. So talk a little bit about when liquid goes a little bit over the edge and goes too far, like what are the rails that you have to put in transformation and not just run over everything.

And you have to change your model on who you hire, to more agile learning folks, than the folks who are stuck in one function and cannot do anything else.

CS: How do you screen for that?

SJ: Well, there are ways of screening. In fact, I’m looking at a couple of companies that have done an outstanding job and coming up with ways to figure out whether the person coming in is learning agile or not.

CS: Yeah. One of the things that I think of when I think fluidity, and being liquid, is being able to manufacture your own talent, because schools, and universities, don’t know what new tech is coming out, the companies do because they’re developing that tech, right? So why isn’t the competence of being more fluid, and actually working with universities to create the talent of the future? Because most companies are just sitting around waiting for talent to pop out that is never going to exist?

I mean, doing transformation and putting a system in is not good enough. It’s  not about that, because you might as well not change and go through the pain. The idea is, can you help the business? And can HR become a profit center?

CS: Okay, so first off, I love that when especially we were talking about earlier, being able to focus on business, which is one of the things that HR does not do, we should be focusing on how we impact the bottom line. No organization exists without talent.

SJ: This is exactly right. Because without that, you don’t have an organization, right?

And then you have to know what your competitors have in terms of talent versus you and where your gaps are, and where their gaps are.

So you can take advantage of that, and have an edge in the market. So all of that boils down to talent. And liquidity to me is being able to go into the platform and say this person just left, I have 10 other people, because I’m liquid, and I’ve already prepared them to take this kind of a role because it’s so important to me.

So you have to have a talent-ready organization, where you can move people like liquid through the organization. And that’s what liquidity is all about.

CS: And a lot of that has to do with internal mobility, right?

SJ: Internal mobility, learning, education, training, and getting them ready, really. Think about Google: they will hire folks who have no software engineering, computer science degrees, and they’re doing software development. Where did they get that skill? Because they were put into a team structure where they learned, and they are better engineers than most…

For the full conversation, listen above.

Before we return to Vegas, we journey to Paris. That’s right, the world’s HR conference and expo is back! Don’t miss out on UNLEASH World this October. 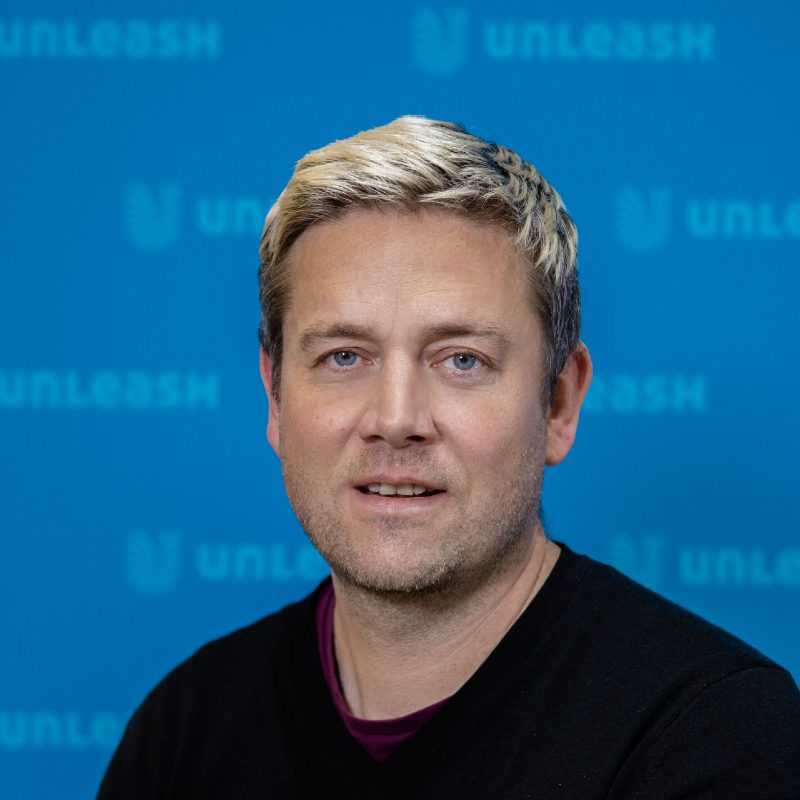